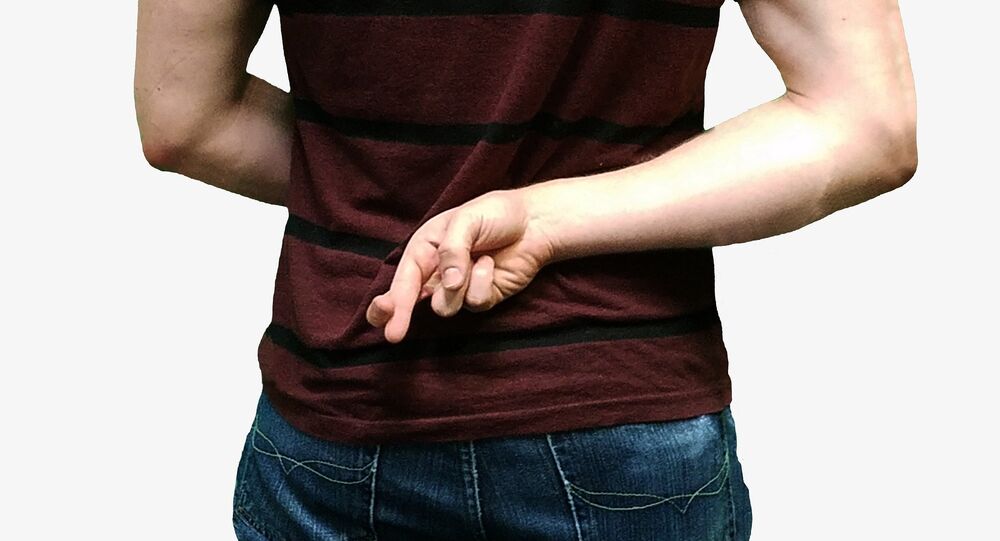 Listen to Me: Your Partner’s Voice Can Tell You If They’ve Cheated

Your voice can divulge a lot about you, including if you have cheated on a partner, new research suggests.

According to research from Albright College published in the Evolutionary Psychology journal — "Your Cheatin' Voice Will Tell on You: Detection of Past Infidelity From Voice" — people can catch on to infidelity through speech.

Although it isn't exactly clear how, greater variation in pitch and fewer silent pauses — traits of extroverts — may all be cheating signals. In fact, past research by Georgia Southern University reveals that extroverts are statistically more likely to cheat.

Psychology professor Susan M. Hughes and her colleague, Marissa A. Harrison, asked 152 college students to listen to 10 samples of women's and 10 samples of men's voices.

"Half of the speakers for each sex reported that they had sexual intercourse with a person outside of a previous or current exclusive and committed relationship at some point in their lives (i.e., were ‘cheaters'), and the other half reported never cheating on their partners," the study said.

To eliminate any bias, all the voices belonged to white, heterosexual and unmarried people, who reported being in a committed romantic relationship.

"To control for aspects that may clue a listener to the speaker's mate value, we used voice samples that did not differ between these groups for voice attractiveness, age, and other acoustic measures," the study's abstract notes.

Participants were asked to rate the voices on a scale of 1 [not at all likely to cheat] to 10 [very likely].

© CC0 / Pixabay
Smile Even Though Your Arm Is Aching, Study Says It Will Boost Your Flu Jab

Without any information about the people behind the voices and their romantic relationships, the recordings revealed an abundance about them.

"We found that participants indeed rated the voices of those whom had a history of cheating as more likely to cheat. Male speakers were given higher ratings for cheating, while female raters were more likely to ascribe the likelihood to cheat to speakers," the researchers wrote.

To determine whether voice pitch influences perception of cheaters versus non-cheaters, the researchers manipulated the pitch of the samples.

They found that "for both sexes, the lower pitched versions were consistently rated to be from those whom were more likely to have cheated."

However, regardless of pitch changes, participants could determine the "actual history of infidelity," except in the case of men judging women with lower voice pitches. Perhaps women with lower pitches tend to come across as more flirtatious and sexy.