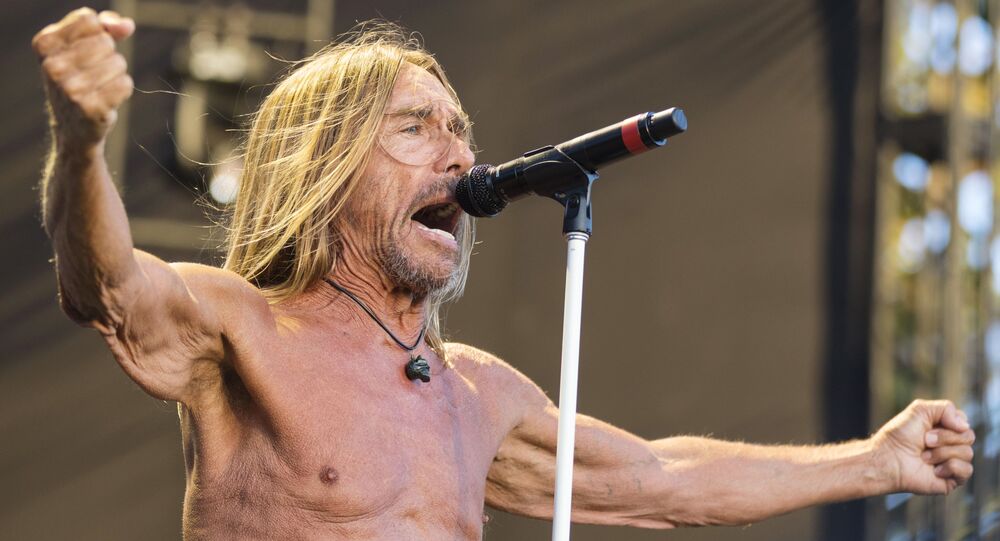 Medieval history and punk music have much more in common than would seem at first glance. A new glimpse at Iggy Pop's family tree has revealed that the rock star has Danish roots, which has spurred local newspapers to proclaim the ageing yet still boisterous American a Viking.

With his bare torso, insane grimacing and aggressive chants, Iggy Pop has drawn many comparisons with Nordic berserkers. And not without reason, as it turns out, the "Godfather of Punk" has been revealed to be of Danish and Norwegian origin.

The rock star's grandfather was born in the Danish city of Aarhus and moved to the United States after being raised among a big flock of siblings, author and lecturer Jan Poulsen pointed out in his new book about Iggy Pop, called "A Survivor."

© Photo : Pixabay
The Grapes of Wrath: Danish Scientists Discover Secret Saga of Viking Vineyards
The book took almost a year and a half to complete, of which two months were spent digging up Iggy Pop's Danish past through a number of 19th-century church books.

"I soon found out that Iggy's grandpa was actually Danish," a proud Jan Poulsen told Danish Radio. "Iggy Pop's Scandinavian roots have never been a secret, but they have never been exactly defined," he added.

After a futile rummage through Copenhagen's church books, Poulsen struck paydirt during a closer look into the history of Aarhus. There, the name of Harald Legart Christensen, born in Aarhus into a big family with many siblings, popped up.

There are no records on when exactly Harald went to the Land of the Free and the Home of the Brave, but he landed in the American Midwest in March 1895, at only sixteen, registered without parents or siblings — a token of adventurousness.

At that time, it was not unusual for Scandinavians to try their luck in the US. From Denmark alone, about 300,000 undertook the perilous journey across the Atlantic between 1850 and 1920. Most Danes settled down as farmers in the American Midwest.

© AFP 2020 / Joshua LOTT
Puttin' On the Ritz: Danish Architects to Give Derelict Motown a Facelift
Harald went on to marry a Norwegian girl, by whom he had two children. One of the daughters, Louella Christensen, later became Iggy Pop's mother.

There is also an explanation for Iggy Pop's Christian name, which reads James Newell Osterberg. His mother married a man of British and Irish descent, who was raised at an orphanage and was adopted by one of the nurses, Minnie Österberg, who was actually Swedish.

Jan Poulsen is known for his biographies of musicians, their music and their lives. Poulsen penned the work about Iggy Pop after working on a book about David Bowie. After Bowie's death in 2016, many Bowie fans channeled their attention toward Iggy Pop, who was known to be the late musician's best friend.

​Perhaps as an acknowledgement of his roots, Iggy Pop has given some 20 concerts on Danish soil.

70-year-old Iggy Pop is an American singer, songwriter, musician, producer and actor. He was the vocalist of the iconic punk band The Stooges, and is best known for his outrageous and unpredictable stage antics.