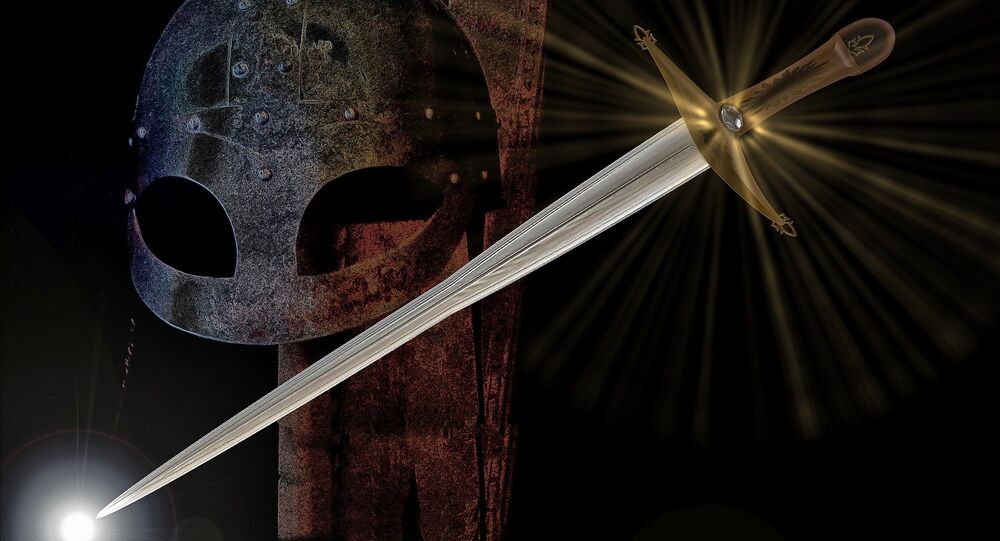 A British schoolgirl discovered a four-foot-long sword in the lake from the King Arthur legend, and Twitter users are exultant over this amusing occurrence.

Seven-year-old Matilda Jones was swimming at Dozmary Pool with her family while on vacation on August 29, when she discovered a shiny sword beneath the surface of the water.

According to the legend, that was the exact place where King Arthur first received his sword, Excalibur, from the Lady of the Lake and where he returned it after being fatally wounded in the Battle of Camlann.

© CC0
'Armed' Chameleon Wins Hearts of Social Network Users (PHOTOS)
Excalibur is also associated with the rightful sovereignty of Great Britain, which is why internet users have generated a lot of jokes about "Matilda of House Jones, Second of Her Name, Queen of the Britons, Angles, Saxons, Celts, English, Welsh, Scots, et al., Wielder of Excalibur."

i, for one, hail our new queen https://t.co/ifzGbVQbO5

Well, that means England belongs to her now. No "Ifs", no "buts". Wish her the best of luck in the Brexit negotiations, Finally, a step up!

If #Excalibur has indeed been found, Matilda Jones would have to be Knighted first before becoming queen. 😉 https://t.co/XdFcOHJFbF

Supreme executive power derives from a mandate from the masses, not from some farcical aquatic ceremony.

​Matilda shares her name with Empress Matilda, the daughter of King Henry I and heir to the English throne in the 12th century.

Empress Matilda, Second of Her Name, Queen of [long list of tribes & peoples, from the Britons to the British 🇬🇧], Wielder of Excalibur! 👸🏻🗡

I'm just sayin', with everything going on in the country, I'm certain we'd be FAR better off under the rule of a 7-year-old girl.

​The four-foot-long (1.2-meter-long) sword was exactly Matilda's height, according to her father, Paul Jones.

Perhaps Matilda Jones is the modern incarnation of the #LadyOfTheLake #Excalibur #KingArthur pic.twitter.com/CrVKfNRMxL

​The little girl's discovery has even inspired hilarious fan art!

fanart of rightful heir to the throne kid pic.twitter.com/isuEz2qmvr

There drew she forth the brand Excalibur,
And o’er her, drawing it, the winter moon.#Excalibur pic.twitter.com/CX28w18qC6