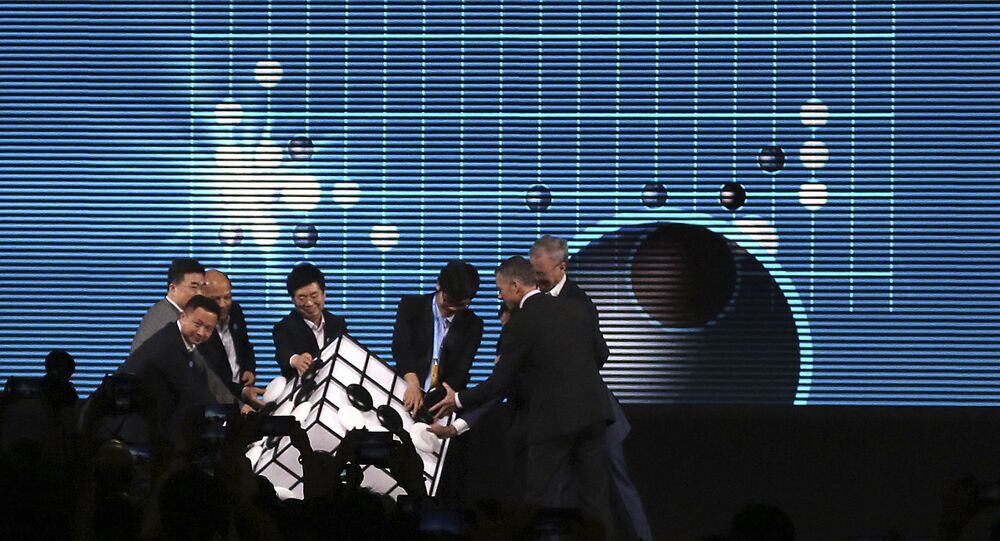 Google’s deep learning go program AlphaGo has defeated the number one ranked go player in the world in the first game of a best-of-three series, surpassing human skill at the game far quicker than many experts anticipated.

The human side of the equation was Ke Jie, a 20-year-old Chinese player who is unofficially considered to be the best in the world at the ancient board game (though go has no official leaderboard like chess.) He attempted to outsmart AlphaGo through an unorthodox playstyle, but he was shocked to find that the program adapted to his moves and broke out some unsual techniques of its own to claim the first win in the series.

"I was deeply impressed," Ke Jie said through an interpreter to Technology Review. "There was a [technique] that quite shocked me, because it was a move that would never happen in a human-to-human go match."

© AFP 2021 / Ed Jones
Having a Go: China Plans to Challenge Google's AI in Strategic Board Game

The game took place at the Future of Go Summit in Zhejiang, China. It has been the subject of controversy, as Google has been banned in China. The state-owned television outlet China Central Television canceled plans to telecast AlphaGo and Jie's series at the last minute.

In 1997, IBM's Deep Blue chess computer defeated then-top chess player in the world Garry Kasparov, albeit under controversial conditions. Having conquered the world's most famous strategy game, deep learning computer scientists set their sights on the second most popular.

Before Google and AlphaGo, no go program was a match for a professional go player. In 2015, AlphaGo defeated European Go champion Fan Hui 5-0, the first time a computer program had beaten a professional player before without a handicap.

However, Hui was only a 2 dan (go pros are measured by their dan rank, with 1 being the lowest and 9 the highest.) In 2016, AlphaGo played a more distinguished player: 9 dan Lee Sedol, a South Korean prodigy considered by many to be one of the top five players in the world. AlphaGo beat Sedol 1-4. After the set, the Google team upgraded AlphaGo to rectify the error that cost it the one game it lost.

AlphaGo then took to the internet, playing against the Korea's top-ranked players and winning every single one — including against Ke Jie, who AlphaGo defeated three times. However, human players have been found to play significantly worse online, leading to the most recent set between the human and mechanical champions.

"After humanity spent thousands of years improving our tactics, computers tell us that humans are completely wrong," said Jie after his online loss to AlphaGo. "I would go as far as to say not a single human has touched the edge of the truth of Go."

Jie, and other humans despairing at AlphaGo's seeming surmounting of human players, can take solace in the fact that humans will probably always remain better at Seven Minutes in Heaven and Calvinball