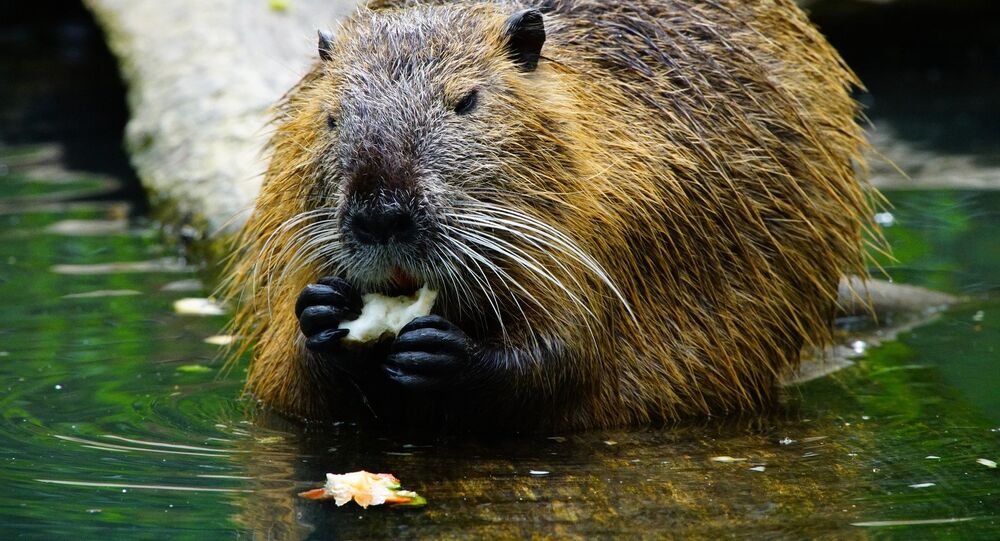 A Norwegian rookie hunter has accidentally hit bull's eye, when the first beaver he shot proved to be a Norwegian record. The giant beast weighed an amazing 34 kilograms, which is way more than the average beaver.

© Photo : Youtube / KSF Video
The Great White Hop: Bunny Sports Sweep Scandinavia
Twenty-seven-year-old Mats Thorsvik's first beaver hunt started in April in northern Norway. By his own admission, he specifically wanted to hunt beaver, which suited the owner who was fed up with the beavers gnawing down the trees on the land. After several long yet disappointingly unsuccessful hunting tours without even catching a glimpse of a beaver, a giant creature suddenly appeared, the Norwegian hunting magazine Jegeravisen reported.

"We had been lying in wait for two hours without seeing any movement in the water, and suddenly there were a lot of waves and splashing. Then it took another half an hour before the beaver appeared under a bridge. When it came close enough, it accidentally stopped below us, and then I took a well-positioned shot and killed it instantly," a proud Mats Thorsvik told the Norwegian newspaper Verdens Gang.

When the animal was dragged ashore with the help of sticks and weighed, it clocked an amazing 34 kilograms.

"It was a beast of a beaver that came out of water. I could not imagine it was so big before we got it on land," Mats Thorsvik said. "When I first saw it, I thought it was about 20 kilos, so I was amazed at how heavy it was. I have never heard of such heavy beavers."

Youtube / Storyful News
Only in Canada: Eager Beaver Rounds Up Herd of Cattle
Professor Frank Rosell of the University of South-East Norway has researched beavers for 25 years. According to him, a beaver this big is highly unusual. Rosell explained that beavers seldom grow above 25 kilograms, which most likely makes Thorsvik's trophy a Norwegian record. According to Rosell, the heaviest beaver he personally encountered was a pregnant female of 30.5 kilograms.

However, Thorsvik's agitation after the "beaver fever" abated when he learned that the Norwegian Association of Hunters and Anglers (NJFF) only registered beavers' craniums and not weight. In this case, the cranium was damaged by the shot.

Eurasian beavers are one of the largest living species of rodents and are the largest rodent native to Eurasia. They typically reach a weight of 18 kilograms.

Norway is believed to have a beaver population of 70,000. The Norwegian beaver management which dates back to the mid-1800s, is often seen as a beacon, allowing for greater biodiversity, producing a harvestable surplus, and reducing beaver-human conflict.