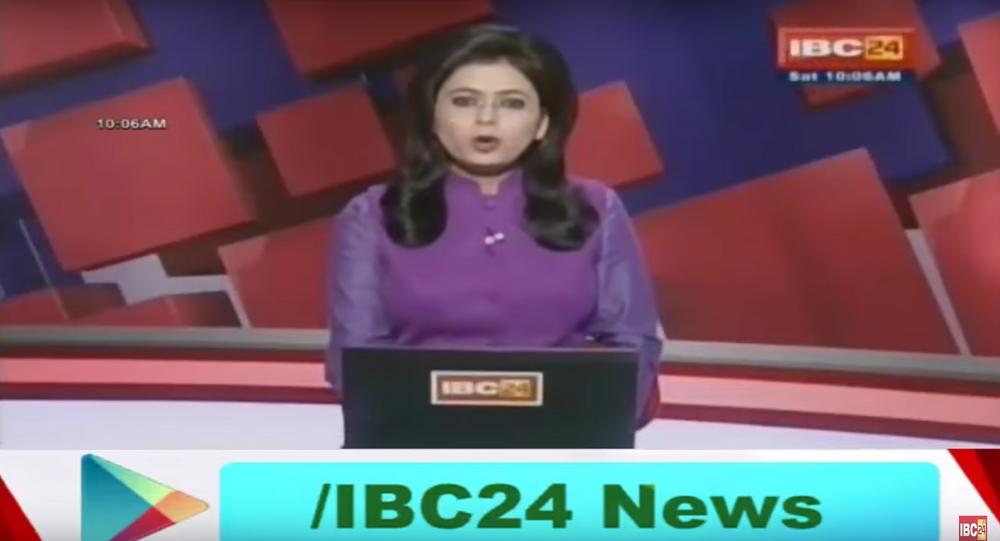 A television newsreader realized on-air that she was reporting the death of her husband, but carried on to finish her broadcast.

A television news journalist with channel IBC-24, while reading a newscast Saturday morning, understood at that moment that she was reporting the death of her husband, according to The Guardian.

The 28-year-old broadcaster was told during a phone-in from an onsite reporter that three of five people in a fatal automobile accident had been confirmed dead in a central district in the Indian state of Chhattisgarh. The reporter did not identify the deceased, but show producers understood that she was instantly aware that one of the dead was her husband.

Producers of the show later confirmed that she had known that her husband was traveling the same route and in the same car. The producers expressed that, at the moment the news broke, they were too afraid to tell her.

After completing the final ten minutes of her broadcast, she quickly left the studio to travel to the scene of the tragedy.

According to an editor at the station, "The moment the cameras were off she began calling her relatives and broke down. She left for the accident site after that," as reported by the Indian Express.

"It speaks volumes about her sense of duty and professionalism that she continued and kept her calm," the editor added.

Back At It: Uber Resumes Self-Driving Car Program After Weekend Crash