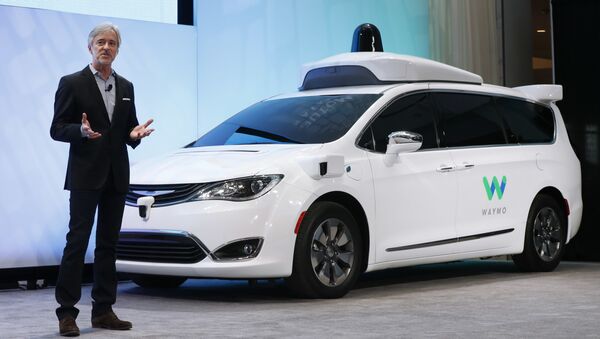 © AP Photo / Paul Sancya
Subscribe
Google's parent company Alphabet has filed a lawsuit against Uber, accusing the transportation giant of stealing its technology - neither the first time Uber has been embroiled in scandal, nor that the tech industry has been engulfed by disputes over copyright.

Otto is a 90-person startup division of Uber, managed by Anthony Levandowski, charged with developing self-driving technology for personal driving, delivery and trucking. Originally an independent entity, it was purchased by Uber for a reported US$680 million, and incorporated into the company under the Otto name. Its founder was a former manager at Alphabet's autonomous car subsidiary Waymo.

In a San Francisco federal court filing, Waymo alleges the employee took 14,000 technical data files with him when he left the firm, worth tens of millions of dollars, in a "calculated theft." The employee then reformatted the laptop from which he took the information, in what the suit alleges was an attempt to erase all traces of what happened to the stolen data. 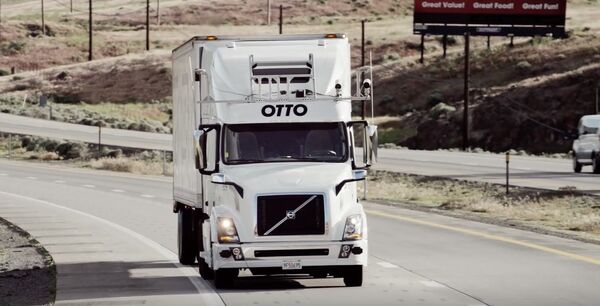 He then attended meetings with high-level executives at Uber's headquarters in San Francisco in January 2016 while still a Waymo employee, and formed the venture that would become Otto by the end of the month. By the end of the year, Uber had successfully piloted a self-driving car in Pittsburgh, PA.

Gotta love this picture. A fleet of #SelfDriving #Uber cars being transported by a self-driving #Otto truck. This is our tomorrow! pic.twitter.com/2nKdDIOZTR

Waymo states the intellectual property was stolen so Uber "could avoid incurring the risk, time and expense" of independently developing their own technology, and is calling for Uber to cease using its "patented technology."

UK Government Legislates for the Modern Transportation Technology Revolution
Moreover, the company is seeking unspecified damages, citing "trade secret misappropriation, patent infringement, and unfair competition." Uber responded to the charges by saying they took the allegations "seriously," and would review the matter carefully.

The suit focuses on proprietary information about "LiDAR sensors," lasers that essentially enable vehicles to "see" their surroundings. Thanks in part to this "highly advanced" technology, Waymo became the first company to complete a fully self-driving trip on public roads in a vehicle without a steering wheel, the suit claims.

All major US car manufacturers have driverless car development programs, as does tech giant Apple. Some, such as Tesla, already have cars on the road with advanced driver-assist autopilot technology.

The lawsuit comes at a time when Uber is already mired in scandal. Mere days prior to the filing, a former Uber engineer made serious allegations of sexual harassment and discrimination at the firm's offices, claiming management repeatedly dismissed her complaints, protected a repeat offender and threatened to sack her for raising concerns.

A few weeks previous, chief executive Travis Kalanick left President Donald Trump's business advisory group due to threats of a concerted boycott of the service by critics of the new administration.

A #DeleteUber campaign had gained traction on social media, urging people to drop the service and switch to rival Lyft, which saw its own popularity rise after it pledged to donate US$1 million to the American Civil Liberties Union, which has filed suits against Trump's proposed immigration measures.

For anyone jumping on the #deleteuber bandwagon… use #Lyft instead. You can get $15 with code GyftRides pic.twitter.com/O44PyMOtYj

I really hope @lyft doesn't turn out to be bad… otherwise I'm screwed for cabs. #deleteuber

Battles over intellectual property theft and copyright breach are a common occurrence in the tech sphere. Apple in particular, has proved to be extremely litigious — since 2011, the company has engaged in a series of lawsuits with rival Samsung over patent infringement, at one point pursuing 19 simultaneous actions in 10 separate countries. Both sides have won suits in different jurisdictions.

Apple even sued a Chinese leather goods company, which had registered "iPhone" as a trademark and sold branded phone cases bearing the name.