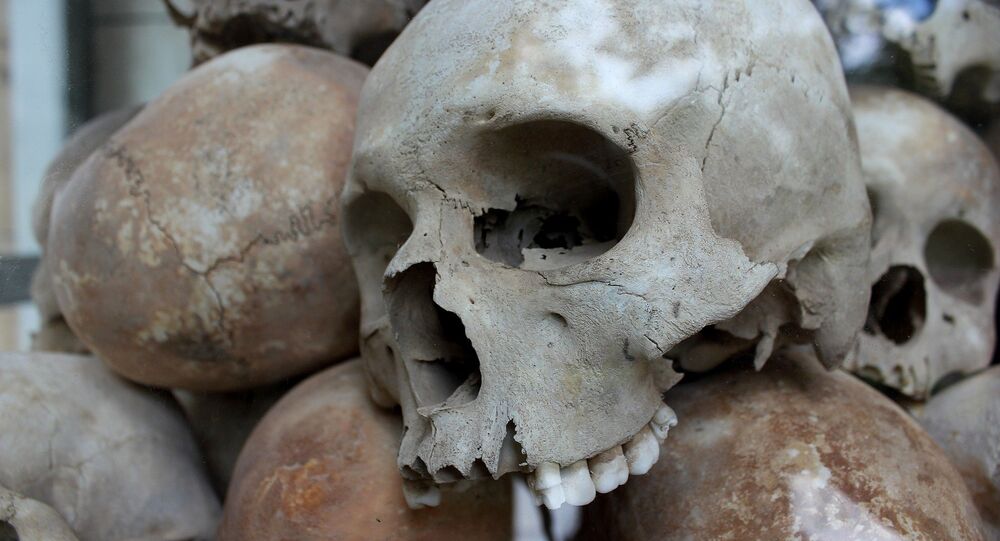 The 1993 film, Alive, was based on the harrowing true story of several rugby players from Uruguay who were stranded after a plane crash in the Andes mountains. To survive, they were forced to eat the bodies of their dead teammates. However, their efforts may have been pointless, as calorie content in human meat is low, a new study suggests.

The study conducted by James Cole from the University of Brighton, UK, has discovered that despite the power humans have, human bodies do not provide a very nutritious meal.

Humans have walked on the moon, conquered mount Everest and done many other remarkable things, however when it comes to providing significant calorie content, our bodies are limited.

The study, titled, Assessing the calorific significance of episodes of human cannibalism in the Palaeolithic, has uncovered that Stone Age cannibals would not get much nutrition from eating a human body, in fact the calories are very low.

Assessing the calorific significance of episodes of human cannibalism in the Palaeolithic: Study finds that humans are less nutritious than…

Neanderthals and prehistoric members of the human species occasionally practiced cannibalism. According to experts they carried this out in order to avoid starvation, and it was also a ceremonial practice following a person's death.

New study challenges the belief that prehistoric humans were cannibals just to survivehttps://t.co/V4jRasIkwg

​However this study suggests they were probably not hunting each other just for food.

Mr. Cole said that his findings have shown that the human body is not a very nutritious, therefore because of the poor calorific return of human flesh, there had to be other reasons, rather than the need to fill a gap in the diet.

"We are not very nutritious, on a calorie level, compared to large animals. Next to a mammoth, even a dozen burly Neanderthals would be slim pickings," Mr. Cole said in a recent interview.

Mr. Cole, who's paper was published in Scientific Reports, focused his research around nine previously reported fossil sites where scientists had found evidence of cannibalism.

© AP Photo / Martin Meissner
Not Just a Primitive Face: Neanderthals Were Cannibals with Bones for Tools
The sites fell within the Paleolithic period. Five of the sites investigated had been frequented by the Neanderthals, two involved our own species — Homo sapiens — and the remaining sites were the homes of other extinct members of the human evolutionary branch.

Mr. Cole asked the question, how many calories would the bodies at each site provide?

In order to assess this, he looked at previous published data and concluded that eating an average-sized modern-day man would give you 144,000 calories.

The conclusion that Mr.Cole came to, was that even if all the bodies on each site were consumed at the same time, the energy levels would amount to no more then if someone ate a large animal.

Stone Age cannibals didn't eat each other for the calories https://t.co/1hisE0zxKj

​"You're dealing with an animal that is as smart as you are, as resourceful as you are, and can fight back in the way you fight them," Cole said.

So why did our cousins, the Neanderthals and even our own species eat one another?

Dr. Cole concluded that maybe, in some cases, our ancestors ate companions who had died for an easy meal.

"The main point is that usually, the cannibalism was probably driven by some social or cultural factors rather than just nutrition. For example, it may have followed episodes of violence, as in defending territory," Mr. Cole said.