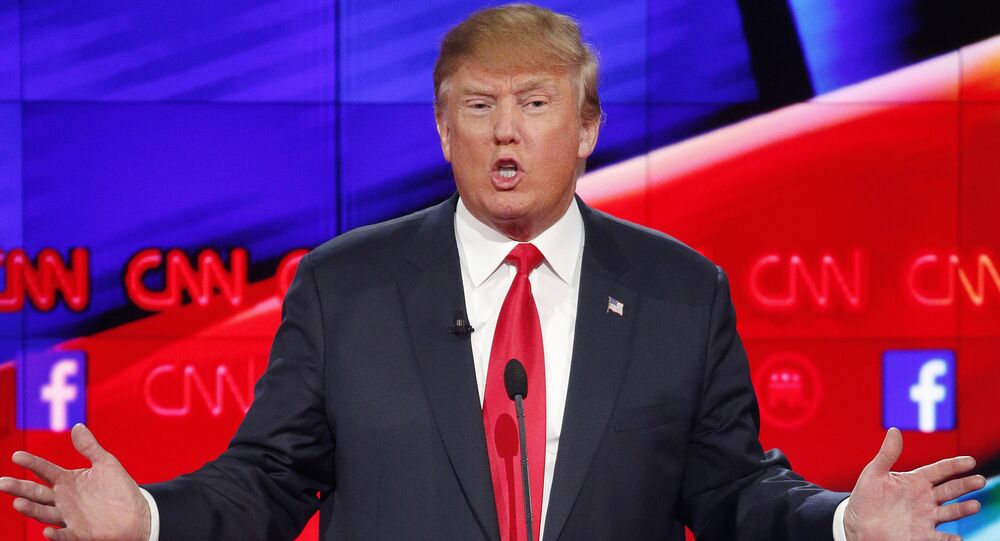 Alternate Reality: Trump Gets 'Erased' From Media Alongside Breivik

In Scandinavia, where the popular sentiment is almost exclusively anti-Trump, a web filter that removes all news dealing with the US President-elect is gaining popularity and may for many become a more-than-welcome addition to their browsers.

© AP Photo / Julie Jacobson
All in the Family: Fears of 'Trumpocracy' Sweep Scandinavia
An increasing number of Northerners who find Trump's increased media presence after the sensational victory in the US presidential election particularly unbearable, are turning to the browser extension "Trump Filter," which was launched in 2015 in an attempt to downplay Trump's overwhelming presence. For many, the resurrected filter may be a welcome way of dealing with the painful reality and finding inner peace, Norwegian national broadcaster NRK reported.

The "Trump Filter" is a Google Chrome browser extension which serves to weed out news stories about the wayward billionaire-turned-president, whose image evokes rage and frustration across Scandinavia. The blocker, which was developed by Rob Spectre who describes himself as "punk rock technologist," and has three different levels, depending on how much of Donald Trump one would like to erase.

In the course of the US election campaign, Trump's former rival Hillary Clinton, too, had the dubious credit of having a news filter named in her honor. Accordingly, Hillary Blocker removes all stories about the Democrats losing candidate. However, the popular demand for such an escapist tool has dwindled in the aftermath of the election even among Hillary-haters.

© Photo : Youtube/ studioehelsingborg
'Muslims' Beat Trump’s Swedish Doppelgänger Within an Inch of His Life
According to Frank Aarebrot, a professor of comparative politics at the University of Bergen, users who deliberately shut out politicians to reconcile themselves with their own reality do themselves an ill service.

"As long as this is something installed by their own will, this is not a problem of democracy. One cannot force people to read about Donald Trump. But the man who becomes the next US president might make decisions that are relevant to your situation, so I do not recommend such filters," Frank Aarebrot told NRK.

Remarkably, Norwegian media themselves have some previous experience of filtering news to make a better reality. In 2012, the Dagbladet newspaper launched a "terror-free zone," where readers could gladly avoid all matters pertaining to mass murderer Anders Behring Breivik.

According to journalist Maren Sæbø, such screening of reality could potentially distort the memory of the July 22 Massacre on the island of Utøya.

"After the US election, it was ventured that the outcome was partly settled by people sitting in their own 'echo chambers.' Facebook has become a media in its own right, comparable with newspapers and television. The Facebook algorithms provide a reinforcing effect," Sæbø said, citing subjective news flows.