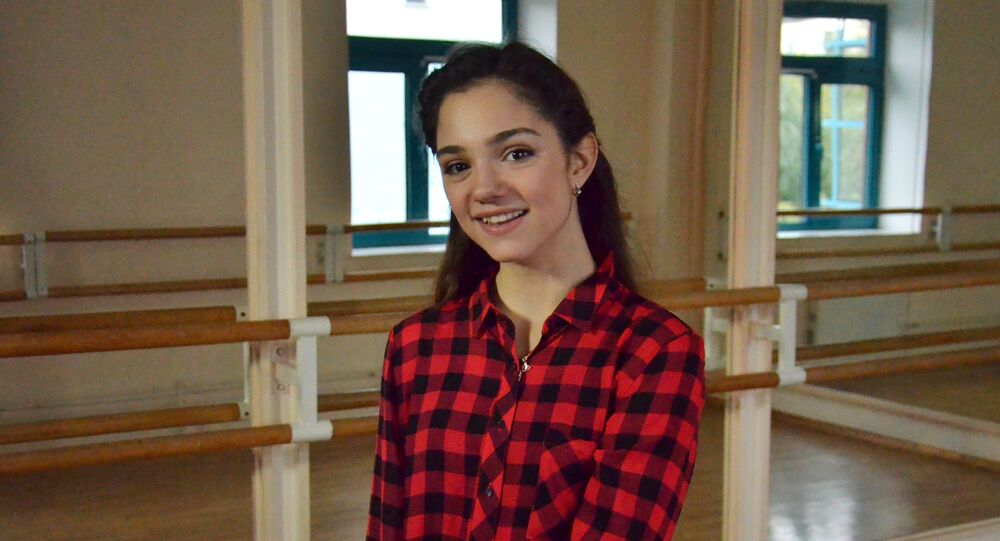 On October 1, Japan held a traditional "Japan Open" figure skating tournament. The competition was attended by figure skating teams from Europe, North America and Japan. Evgenia Medvedeva, who set a new world record at the World Figure Skating Championships in Boston this year, won the competition among women.

© Sputnik / Vladimir Pesnya
Russia's Figure Skater Medvedeva Breaks World Record in Short Program
Evgenia, who has become a bit of a sensation in Japan due to her passion for Japanese anime and her performance in a Sailor Moon costume, told Sputnik about her personal life, favorite food and sports.

It turned out that the charming 16-year-old beauty has a lot of unusual interests besides figure skating and sports. The young woman confessed that she is fond of travelling, studying foreign languages, watching anime and cooking Japanese food.

"My old dream was to go to Tokyo. And it happened!" Evgenia said in an exclusive interview with Sputnik. "I watch a lot of anime. And in almost every anime there is a picture of Tokyo. I've always thought that it would be so cool to go there! Akihabara is the only area where I have been so far. But it was fantastic! I have never seen anything like that before. For me it is another planet!" the young woman said.

In Japan, Evgenia has thousands of fans, especially after her performance in a costume of the famous anime character Sailor Moon. The feeling seems to be mutual as Evgenia confessed that she is also very fond of the country and its people.

"I really, really like Japan. I love Japanese food. I try to learn a little Japanese, one or two words per day," Evgenia said, adding that in her free time she occasionally cooks Japanese food at home.

Replying to the question about her sporting career, the young woman said that she had dreamt of becoming a figure skater since she was 3.

"I was three years old, and I was very small, but not in terms of age or the way of thinking, but rather in terms of my size. This was a period when everyone was registered in a [sporting] school. But they said, you are too small, we can't take you. And next year it would have been too late. I would have turned 4 and a half, instead of 3 and a half. And then I just sat down on a sofa and said: I want to skate. And I was accepted!" Evgenia narrates her story.

All in all, the charming young woman turned out to be full of surprises. She confessed that if she weren't in sports, she would love to become an artist, and that one of her worst fears are butterflies.

As for her personal life, Evgenia revealed that she is currently single and is not in love.

"It is probably not the right time for it. I'm not interested in a romantic relationship right now," the young woman said.