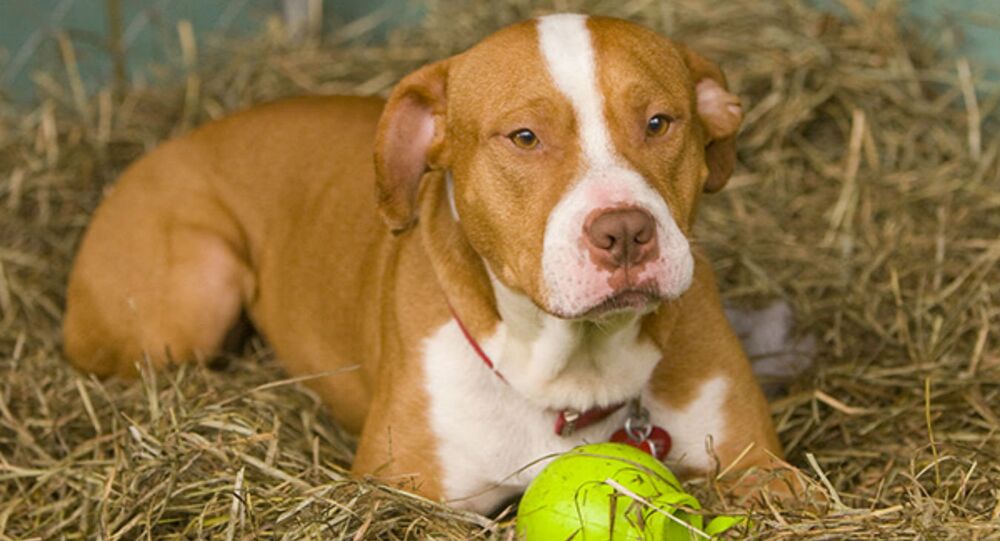 In a controversial decision, adoption or purchase of a pit bull in Montreal will be illegal beginning Monday, with stiff regulations and new fees imposed on those who already own the breed.

With a vote of 37-23, Montreal’s city council passed the legislation, citing controversial police statistics showing pit bulls are behind the majority of dog attacks.

© Photo : Youtube/Sputnik
Paws on the Boards: World Championship for Dog Surfing Held in US

"I have a responsibility as the mayor of Montreal to protect all Montrealers and to ensure they feel secure," Mayor Denis Coderre said, according to the Montreal Gazette.

"The vast majority of them want me to take concrete measures."

Other bully breeds could be added to the list in the future.

The new bylaw states that all cat and dog owners in the city pay a $10 or $25 fee to obtain a pet license or face a $300 penalty. Once registered, pit bull owners will have until the end of the year to apply for a special permit. Those who fail to do so will have their pets confiscated and euthanized.

© Photo : Youtube / FamilyDogProject
Scientists Prove Dogs Really Do Understand What We Say to Them

Additionally, current owners of the banned breed will be required to pay $150 for an annually renewed license.

The law has already come under heavy criticism from those who argue that it is not based in science, threatens dogs who could be misidentified, and will ultimately be ineffective. The problem lies in the owner, opponents say, not the breed, and if one breed is banned, bad owners will simply switch breeds.

"We are very disappointed by what has happened," said Luc Ferrandez, leader of the opposition party Projet Montreal.

"The consequences of this will be euthanization of animals not based on their behavior, but on their appearances," added Councillor Marvin Rotrand.

The Montreal Society for the Prevention of Cruelty to Animals (SPCA) has pledged to take legal action in response to the city council decision.

"If you can take any dog with short fur and a square head and call them a pit-bull, then 90 percent of any mixed-breed dogs are going to fall under that categorization," said Alanna Devine, director of the SPCA’s animal advocacy department, according to the Canadian Broadcasting Company.

"It just seems kind of unbelievable that our city would adopt legislation that goes against all expertise, all peer-reviewed studies, and the trend around the world."

Luck, Professionalism, or Both? Dog Has Close Call on Race Track