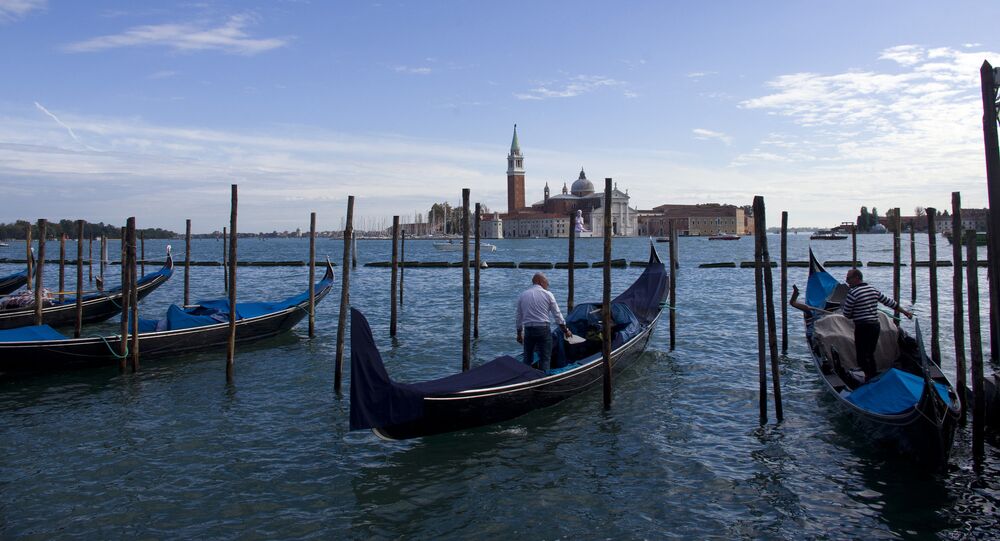 A pair of bewildered tourists left Venetians feeling vexed when they drove their rented Fiat into the pedestrian-only city along the Grand Canal; they responded by claiming that the true culprit was Google Maps.

The two tourists drove their blue Fiat over a pedestrian bridge and then 200 meters up the Grand Canal, after which they nearly ran over a pedestrian in front a grocery co-op before they were surrounded by a crown of furious people, reports La Nuova Venezia.

© Photo : Youtube/bazara0.com
Russian Kids' Risky Antics in Amsterdam Turn Out to Be Scenes From Hollywood Flick
It's a commonly known fact that cars are strictly forbidden in Venice, and one would think it is pretty obvious, given that Venice is best known for its network of canals, as well as its iconic gondolas and “vaporettoes” (water busses).

However, the visitors apparently had no idea that the city is a car-free zone, and decided see Venice by car.

Moreover, they blamed Google Maps for the error.

“We're just trying to reach our hotel which should be two kilometers from here,” explained the tourist to one of the bewildered locals who was standing in a crowd of gawkers. “Google Maps sent us this way.”

Despite several signs, written in both English and Italian, instructing drivers to park their cars before entering the historic city, several visitors each year attempt to drive right in.

A similar story was reported in late June, when two English tourists were fined by the local police for wanting to take their Mercedes Benz for a spin in the center.

Amazon Chairman to Join Google Chief on US Defense Innovation Board