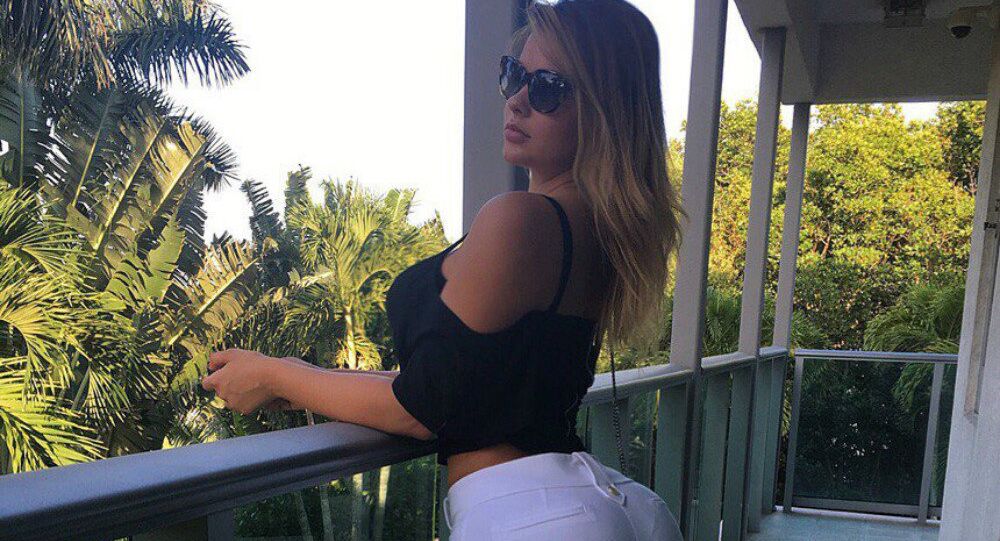 'Russian Kim Kardashian' Ready to Break the Internet All Over Again

Anastasia Kvitko, a model originally from Kaliningrad and currently working in Miami, Florida earned the adoration of many after being "found" by Russian media.

She was initially found by local news site FreeKaliningrad.ru, which noted the popularity of her "selfies from behind" or "belfies."

You work as a model, right? How did you decide to pursue such a career?

Yes, I work as a model. When I was 17 years old, I was noticed by famous fashion photographer Anvar Norov, and after that I liked being a model, and continued on this path. Plus, photographers themselves wrote to me, offering to photograph me, looking at my outstanding complexion.

You are now compared to socialite Kim Kardashian, do you believe you can convert your current success into greater popularity, and do you want it in general?

I think yes, of course, since I get a lot of offers from advertisement agencies here in the US, and such great popularity is not far away.

"ass is great and all, i would love that apartment tho," — user danny_de_marco.

What do you think is the secret of your popularity among men, and why did you become a star in the Russian media exactly now?

I think it's because of my feminine forms. I don't know why now myself, there is such a boom for Kim Kardashian, that they themselves decided to compare me to her.

What do you consider the most important thing in a woman, her appearance, or as people say now, her "internal world"?

I believe that in a modern woman, everything should be perfect. She must be valued and pretty and she must look after her health and appearance, as well as her internal worlds.

Do you put a lot of time and money into your shape? Do you have plans to make anything bigger or smaller?

The only thing I put time into is sports, so I spend a lot of time in the gym. I am not going to change anything, because I am for being natural. But I don't look at plastic surgery negatively. If a person really has shortcomings, they can resort to plastic surgery, if it really makes them happier. I consider myself perfect, and therefore don't want to change anything.

Does your shape give you health problems?

Because I am crazy for sport, I exercise my back, and my whole body, so there are no problems if you strengthen muscles! And also, I sleep on my stomach, people often write to me in comments, how does she sleep on her stomach with such breasts, but it's easy, it's what I do.

You Got a Bright Future Behind You: First UK Uni Symposium on Kardashians