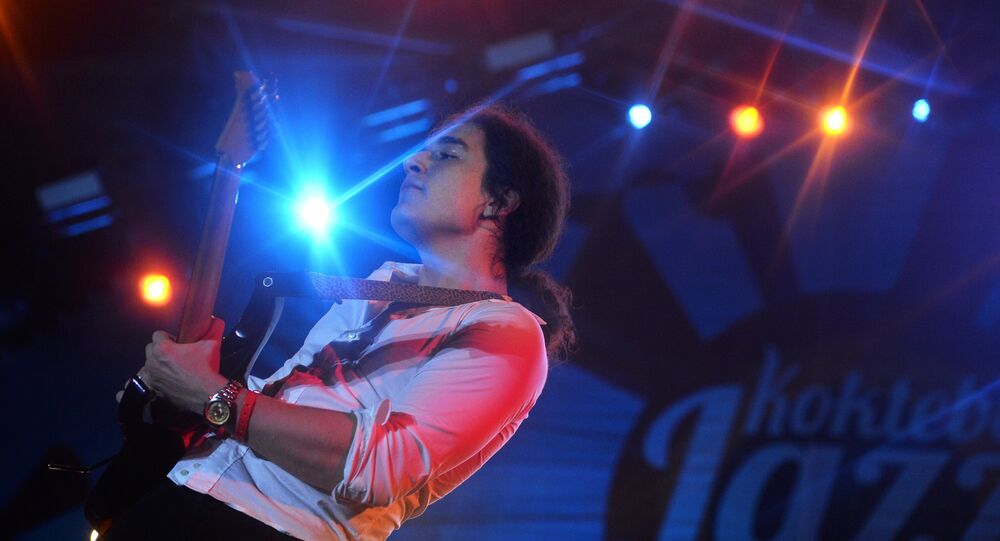 Turns out art and music aren’t beyond politics anymore, especially when we’re talking about Crimea. A number of great contemporary jazz musicians were forced to cancel their performances at the Koktebel Jazz Festival in Russia’s Crimea, said Dmitry Kiselyov, one of the festival founders.

Arturo Sandoval, a renowned jazz musician, pianist and composer, was literally told he can't go to Crimea to perform at the Koktebel Jazz Festival.

"There's nothing we can do about it, otherwise Arturo would have to violate the law and be subject to fines and penalties. Our apologies! If the law changes, we'll be happy to come, but at the moment it's impossible," Frank Vardaros, Sandoval's producer, said on behalf of the musician.

Berlin-based jazz ensemble De Phazz was also told to sit back and skip the festival. The jazz veterans sent a letter in which they explained why they couldn't come to Crimea.

© Sputnik / Ramil Sitdikov
Organizers of Koktebel Jazz Party Would be Happy to See Ukrainian Musicians
"The political pressure is too high right now… We tried not to take it into consideration, but I'm afraid we didn't understand the seriousness of the situation," a spokesperson of the jazz band said.

Kiselyov is disappointed after what happened. Ever since he founded the Koktebel Jazz Festival in 2003, hundreds of musicians from all over the world performed at the festival. Neither during the Ukraine-governed period nor the last year after Crimea reunified with Russia the festival was about politics, Kiselyov said.

"We simply wanted to make it joyful, exciting cultural event for everyone in one of the most beautiful places in the world," Kiselyov said, speaking about the jazz festival.

Musicians aren't politicians and they shouldn't be sanctioned. Neither Sandoval nor De Phazz made their own decision to skip Koktebel. It's clear that someone who had power to threaten them twisted their arms.