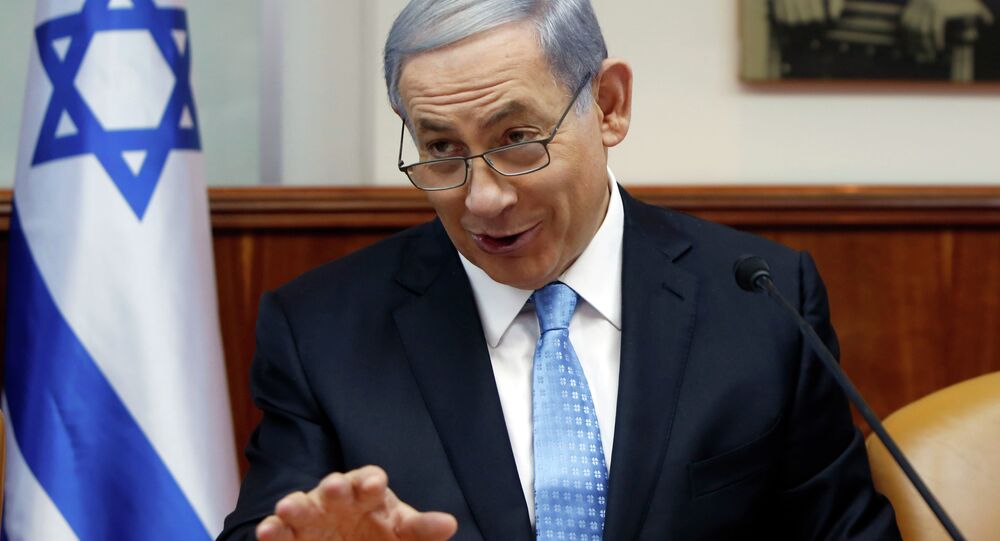 Satirical publication The Onion has, on occasion, fooled many into believing its headlines are true. But a joke from earlier this month about soothing the Israeli prime minister’s fears over the Iran nuclear deal was realistic enough that it ended up coming true.

"US Soothes Upset Netanyahu With Shipment of Ballistic Missiles" read a headline posted on the Onion last week. The article went on to describe Washington’s attempts to provide Israeli Prime Minister Benjamin Netanyahu with assurances that the Iran deal would not result in a nuclear apocalypse.

"Bibi always gets a little cranky when he sees us talking to Iran, but a few dozen short-range surface-to-surface missiles usually cheer him right up," the Onion wrote, quoting an imaginary State Department official.

"Of course, we try not to spoil him by giving him a whole new tactical ballistics delivery system every single time he throws a fit," the same supposed official continued.

This article was, of course, a joke. It’s what the Onion does best: writing satirical articles like "Study: Employees Happiest When Pretending to Work From Home" and "Idiot Zoo Animal With Zero Predators Still Protective of Young."

But only one day later, in a rare case of art not only imitating, but predicting life, an article emerged from Israeli newspaper Haaretz, quoting actual US officials with an eerily similar plan.

"We’re still waiting for an Israeli answer. If Israel wants to wait until the Congressional debate on the nuclear accord that’s fine too," the official told Haaretz.

The Onion didn’t predict the future perfectly. The Haaretz article says that Netanyahu declined the offer, reportedly to avoid admitting to himself that the nuclear deal had actually gone through. And for what it’s worth, the Pentagon has denied any claims that it’s considering missile shipments to Tel Aviv.

Still, did the Onion nail it or what?

This isn’t the first time the satirical site has found its way into actual headlines. In 2011, the New York Times fell for an Onion photograph that showed President Obama’s face on the cover of the teen magazine Tiger Beat. The US “newspaper of record” was forced to publish a retraction.

Back in 2000, before the site was widely recognized as a humor site, the headline "Harry Potter Books Spark Rise in Satanism Among Children" caused a mild panic among parents.

Referencing fictional claims by children and a made-up priest from the First Church of Satan, quotes from that article are still being circulated online by paranoid moms and dads who would rather have their kids chainwatch WWE wrestling than read a series of fantasy novels.