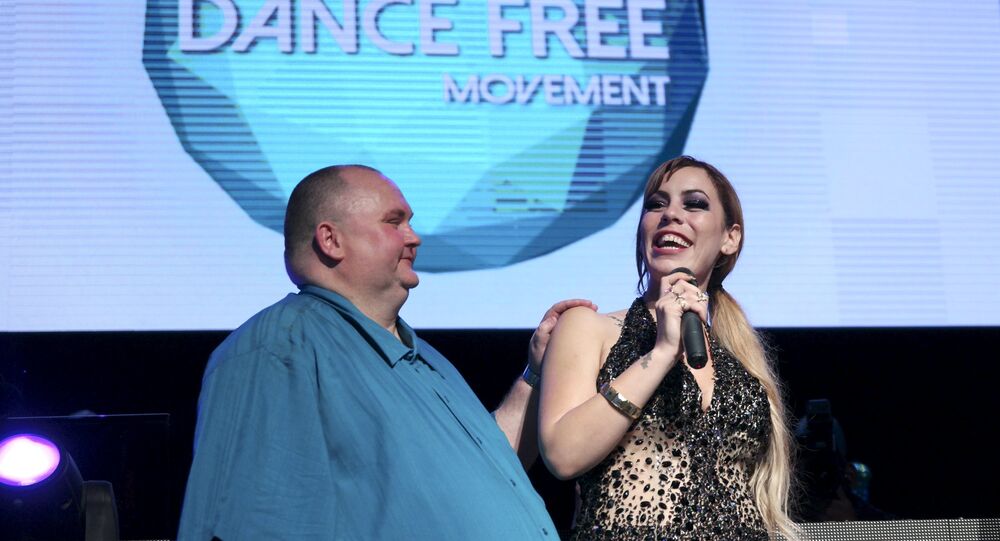 After launching the viral social media anti-bullying campaign, #FindDancingMan, with a single tweet, Sputnik’s own Cassandra Fairbanks helped organize a celebrity-packed night of revelry, all to spread an endearing message about tolerance and the infantile practice of fat-shaming.

Last March, a new meme made its way around the Internet. It depicted 47-year-old Sean O’Brien dancing at a concert. Above were the words, "Spotted this specimen trying to dance the other week. He stopped when he saw us laughing."

It was a classic example of fat-shaming, judging, ridiculing, and dismissing a person based on their body-type. As far as humor goes, it’s pretty much scraping the bottom of the barrel. Lazy fodder for the slow-witted. But O’Brien put a face on the problem: a happy human being intentionally brought low by public, digital shaming.

Never one to back away from a cause, Sputnik’s own Cassandra Fairbanks took to the web to identify the then-mysterious dancing man.

Launching #FindDancingMan, Fairbanks was able to identify O’Brien, and after raising over $40,000 for charity through online contributions, she organized a star-studded "dance party of a lifetime."

"I thought it was so horrible," Fairbanks said. "I mean, anybody with any sense was horrified by this. It is wrong. My first thought was, 'Wow, we’ve got to throw the best party ever!'"

The festivities began on Friday. After flying O’Brien from his home in Liverpool, England, Fairbanks and fellow organizers with the Dance Free Movement arranged an appearance on the Today show’s concert series, where he boogied down with pop sensation Meghan Trainor.

"This is truly a testament to what people could do when they work together and the fact that good can overcome bad," Fairbanks told the crowd. "People working together can change things and we can make things better and we can do good."

"We raised some money for charity, we got some more money coming in, and we’re just really trying to help people know there is support out there," O’Brien told the Today show. "There will always be bad in the world, but there’s far more good people."

And as one final treat for the weekend, O’Brien took to Dodger Stadium, where he threw the first pitch in Sunday’s game between the LA Dodgers and the San Diego Padres.

"Meeting [the] girls, that’s what I look forward to the most is meeting the four people that made it all possible," O’Brien said before the party. "It’s all because of them. They saw the picture, sent out the message and here we are."