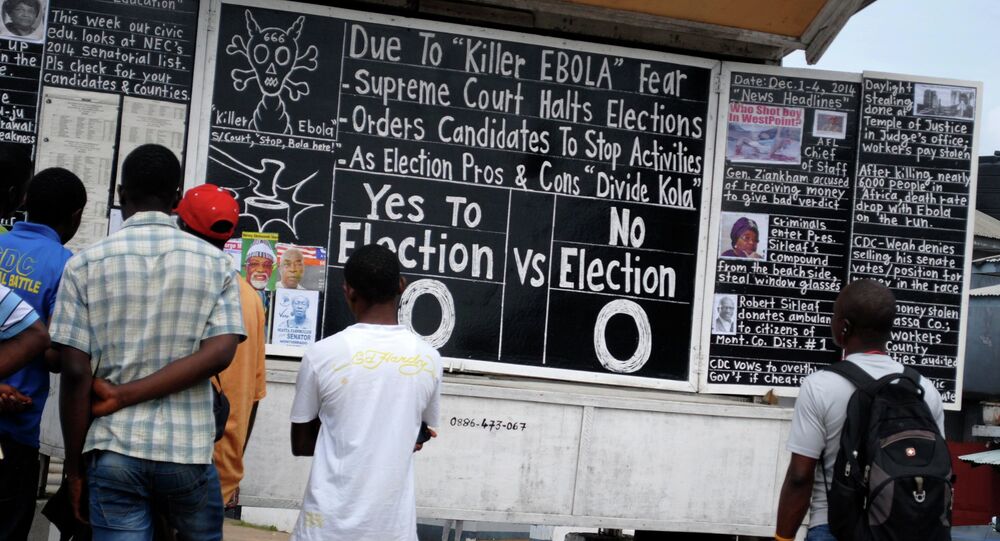 US to Deploy Chemical Brigade to Liberia to Combat Ebola - Pentagon

According to the US Defense Department, the US would deploy its Chemical, Biological, Radiological and Nuclear brigade’s headquarters to Liberia to further combat the Ebola epidemic.

© AP Photo / Abbas Dulleh
Liberia is Close to Be Declared Ebola-Free
WASHINGTON (Sputnik) — The United States will deploy its Chemical, Biological, Radiological and Nuclear brigade’s headquarters to Liberia to further combat the Ebola epidemic, the US Defense Department announced in a press release.

“The 48th Chemical, Biological, Radiological and Nuclear Brigade’s (CBRN) headquarters will deploy to Liberia to command the remaining American forces supporting the US effort to help contain the worst Ebola outbreak in history,” the release, issued on Monday, said.

CBRN will replace the US 101st Airborne Division that ended Operation United Assistance at the end of February. The division provided support to ongoing efforts to prevent the Ebola epidemic from spreading in Liberia.

“The brigade will support the US Agency for International Development and provide oversight of any required follow-on capabilities. Other response functions are being transitioned to civilian personnel,” the Defense Department said.

Liberia’s President Ellen Johnson Sirleaf requested assistance from the United States during her visit to Washington two weeks ago in order to restore the country’s economy and bring the number of Ebola cases to nil.

The Ebola outbreak claimed 4,162 lives in Liberia, according to a March 9 update by the World Health Organization.