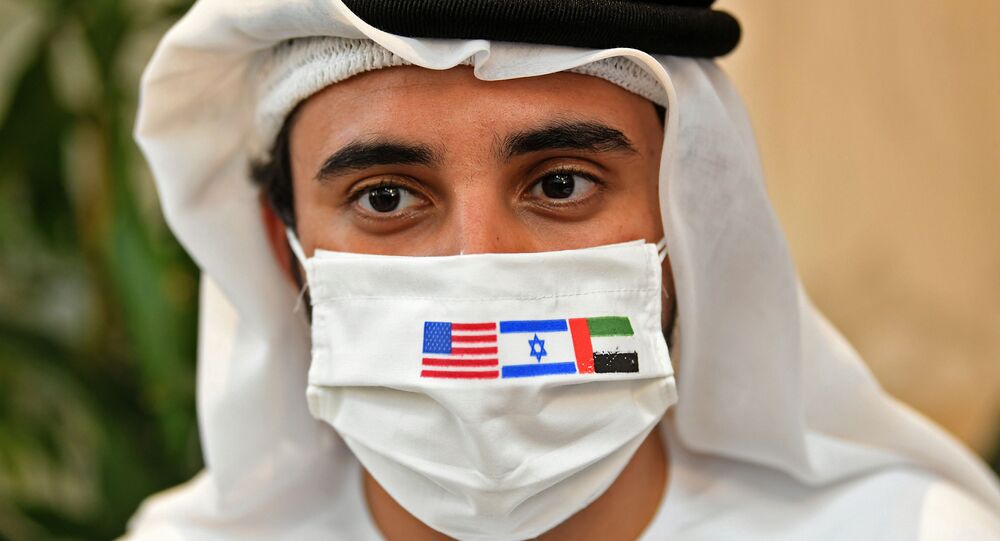 The US, UAE, and Israel have agreed to set up a fund worth over $3 billion to invest in projects in the Middle East.

Sputnik has spoken to experts to find out what kind of projects the US, Israel, and the UAE are going to invest in, as well as what goal the three states are pursuing, as they have decided to establish a joint fund.

What Are Their Goals?

Both Minister of State of the UAE Ahmed Ali Al Sayegh and Director General of the Israeli Prime Minister’s Office Ronen Peretz agree that the fund is necessary for the region’s economic and technological development, expanding cooperation in advanced technologies.

They have expressed their agreement with Israeli Prime Minister Benjamin Netanyahu’s speech at Ben Gurion Airport, which he gave right after meeting the Emirati delegation and signing a number of agreements.

Emirati economic analyst Nail al-Jawabrah believes that such a fund will not only help accumulate developments, but also investment in high tech.

“I believe that the investment fund will provide great returns for each of the co-founders. The main goal is to accumulate projects, developments, exchange experience, and investment in high-tech production. One should bear in mind that creating such a fund by three highly developed states is going to be extremely beneficial cooperation for each of the parties”, he said.

However, Boris Dolgov from the Centre for Arab and Islamic Studies at the Institute of Oriental Studies at the Russian Academy of Sciences considers the purpose of creating the fund to be more political rather than economic.

“Answering this question, one has to consider the UAE and Israel’s regional policy. If we look at the question from a broader perspective, we can say that the goal is to encourage Arab states to cooperate closer with Israel”, the expert explained.

According to Emirates News Agency, also known as WAM, the fund will promote regional trade, infrastructure projects, and energy security by providing access to electricity. The parties also promise to improve the region’s food security.

At the same time, Nail al-Jawabrah believes that investments and cooperation between the parties won’t be limited to this.

“As the relations develop and deepen, the number of sectors that will be drawing investments will grow. Of course, high technology and innovation sectors top the list”, he added.

© AFP 2020 / KARIM SAHIB
'Wonderful Partnership': Israel Turns to UAE for Investment, Trade, and Tourism as Peace Progresses
While the UAE minister of state expressed confidence that the initiative would be a source of economic and technological strength for the region, the CEO of the US International Development Finance Corporation pointed out that creating such a fund would help solve the problems facing the region and expand the co-founders’ economic opportunities.

Speaking about the expected benefits, the Emirati expert stressed that “of course, the fund will be highly beneficial. It will allow starting new projects, which, in turn, will provide new job opportunities. This means that many of those who ended up unemployed due to the coronavirus pandemic will again be able to build a career”.