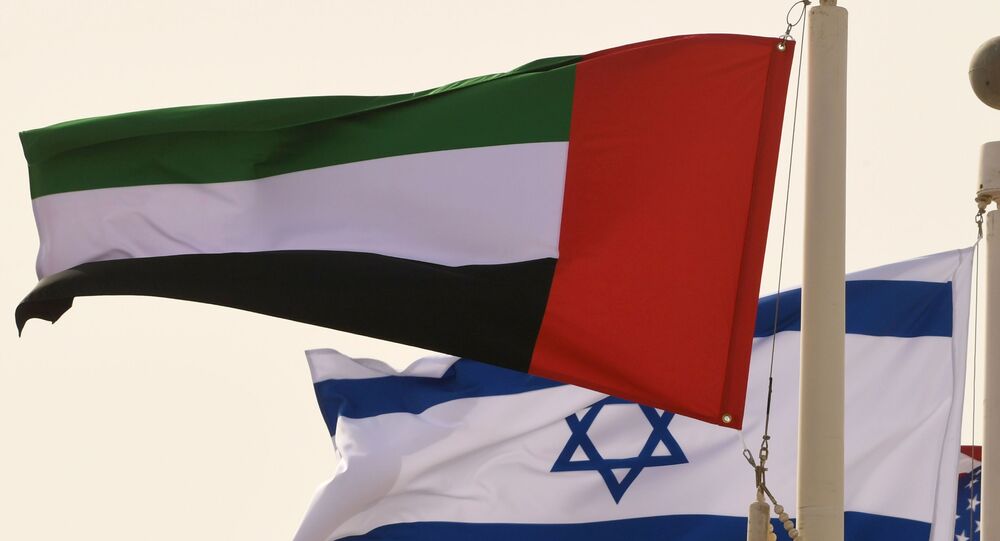 JERUSALEM (Sputnik) – The high-level UAE delegation left on Tuesday morning for Tel Aviv to pay the first official visit to Israel since the signing of the US-sponsored agreement on normalization of ties in mid-September, Israel state media reported.

The delegation is led by UAE Minister of State for Financial Affairs Obaid Humaid Al Tayer and Economy Minister Abdulla bin Touq Al Mari. The official visit will last for a couple of hours, the Israeli Public Broadcasting Corporation reported.

"PM Netanyahu will host today a trilateral summit meeting with the participation of US Secretary of the Treasury Steven Mnuchin and United Arab Emirates Minister of State for Financial Affairs Obaid Humaid Al Tayer," Ofir Gendelman, a spokesman of Prime Minister Benjamin Netanyahu to the Arab media, wrote on Twitter.

The two parties are set to conclude agreements in aviation, investment protection, visa exemptions, and science and technology, Gendelman added.

Israel signed a US-brokered landmark peace agreement with the UAE, along with Bahrain, during an official ceremony held at the White House on September 15. Since the signing, work has begun on formalizing a range of bilateral and multilateral agreements, covering sectors such as trade, aviation, energy and research.

On Monday, the UAE Council of Ministers announced that it had officially ratified the normalization deal with Israel.