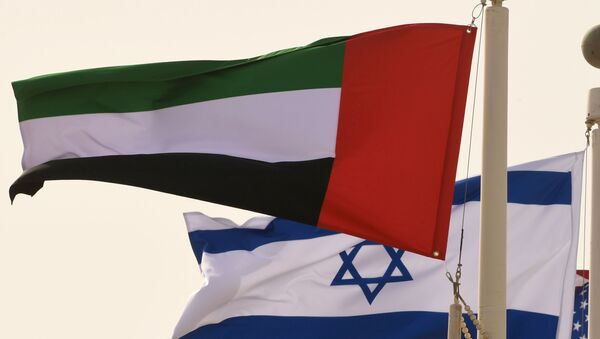 Elizabeth Blade
All materials
Emiratis are attracted by the possibility of praying in Jerusalem, thinks the city's deputy mayor, who has visited the UAE to mull over cooperation and encourage local businessmen to invest in Israel.

When Israel signed a pact with the United Arab Emirates in mid-September, many in the Jewish state predicted the peace would be "warm" but few could imagine it would move at such a quick pace.

Less than two months after the two nations announced their intention to establish ties, Israel and the UAE have already set the ball rolling in a number of important projects.

In mid-August, the Emirati company APEX National Investment signed a commercial agreement with Israel's Tera Group in a bid to join efforts in the field of medicine, including tackling the current menace facing the world, the coronavirus.

Similar deals have also been reached in the finance and banking sectors, with the governments of both states now working on enhancing cooperation in a number of other fields, including hi-tech and tourism.

It was for these reasons that Fleur Hassan-Nahoum, deputy mayor of Jerusalem, arrived in the UAE at the end of last week to mull over cooperation.

For her, the initial ties with the Emiratis had kicked off shortly before the peace deal was reached, when she co-founded the UAE-Israel Business Council, aimed at fostering "shared opportunities, economic cooperation, and business partnerships between Emiratis and Israelis".

Little did she know that that project would take off so quickly, attracting dozens of participants from both Israel and the UAE.

Now boasting more than 200 members, Hassan-Nahoum hopes this is just the beginning and says that the idea is to develop Jerusalem for the sake of "all of its residents".

"Right now, we are thinking of establishing a high-tech hub in East Jerusalem that will cater to the needs of all the city's residents and bring prosperity to everyone without distinction".

The so-called Silicon Wadi is expected to be twice the size of New York's Grand Central Station and cover 200,000 square metres, featuring high-tech businesses, hotels, and commercial space, all in the heart of East Jerusalem. 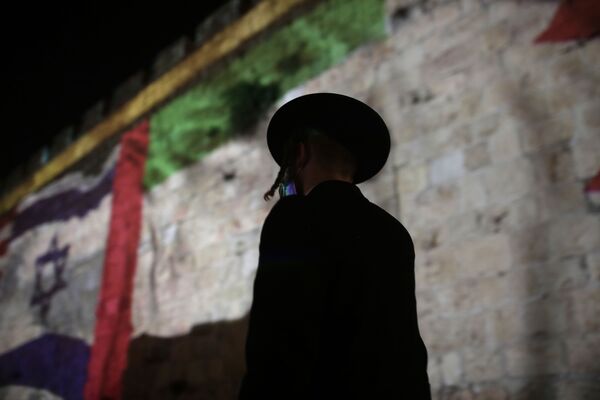 An ultra-Orthodox Jewish man walks past representations of the Israeli, Emirati and Bahraini flags projected onto a wall of Jerusalem's Old City, marking the day of a signing ceremony in Washington signifying the two Gulf nations' normalization of relations with Israel, Tuesday, Sept. 15, 2020.
© AP Photo / Maya Alleruzzo

The grand plan, slated to create thousands of jobs for Jews and Arabs alike, will need millions of dollars to turn fiction into reality. But Jerusalem's tough economic situation, triggered by the spread of COVID-19 and the severe blow it dealt to the city's tourism industry, might prevent that initiative from seeing the light of day.

Yet, Hassan-Nahoum remains optimistic her city will find the funds needed to get that project off the ground and is eyeing cooperation with Abu Dhabi as a potential solution.

"The partnership with the Emiratis will be wonderful for this project, and they show signs of interest and seem to be willing to invest", she stated.

Although she is certain that "not everyone will like the idea of the UAE's investment in East Jerusalem" primarily because of the dissatisfaction the peace deal stirred among Palestinians, she is certain the city's residents will look past politics and will able to appreciate the benefits that the pact brings to the table.

Jerusalem's on the Map

However, the Silicon Wadi is far from being the only initiative on the deputy mayor's agenda. Her other plan is to develop Jerusalem's tourism industry and she is counting on the Emiratis to help her achieve that goal.

"We have noticed that many Emiratis would like to come to Jerusalem to pray there. For them, it is a place, associated with the Haram Al Sherif [Dome of the Rock - ed.]. In the past, before the pandemic, a large portion of the area's tourism was based on Christians visiting holy sites and I hope that we can do the same thing with Muslims".

Hassan-Nahoum doesn't give in to illusions that her ambitious project will come to life quickly.

Israel is still under a lockdown and Jerusalem remains a hub of the pandemic, a deterrent for tourists. But the deputy mayor thinks big and long term.

"Once Israel opens its gates, once the visa regime is set up and direct flights are established, nothing will stand in the way of the Emiratis to visit the country".