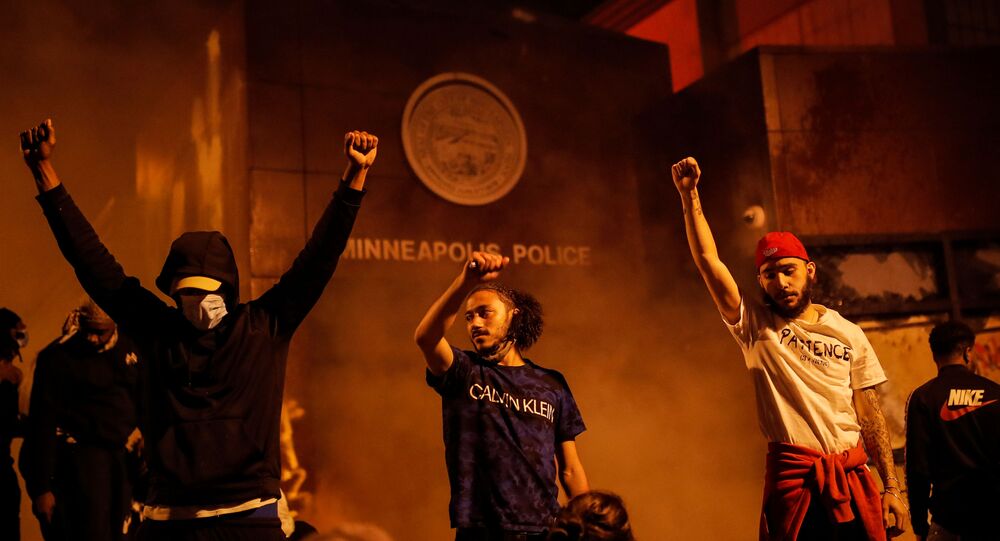 St. Louis police officer Tamarris Bohannon, a 29-year old father-of-three, died on 30 August after being critically wounded in the line of duty a day earlier. Retired law enforcement officers and academics have discussed growing social tensions in the US and increasing risks law enforcement agents are now facing.

The African American officer was ambushed while responding to a call of a shooting near Tower Grove Park in south St. Louis last Saturday while another policeman was injured in the leg, according to St. Louis Metropolitan Police.

"It is with the heaviest of hearts that we report that our critically injured officer has died", says a police department Twitter statement. "We cannot express how much we appreciate the hospital staff who continuously treated both officers for their injuries. Thank you all for your continued thoughts & prayers!"

​Eight St. Louis officers have been shot in the line of duty since 1 June, according to the department's chief Col. John Hayden. Bohannon is the first one killed on duty since 2011.

"When I heard the news of Officer Tamarris L. Bohannon, a young officer, in fact, just 29 years of age and he had only been with the police department there in St. Louis for three and a half to approximately 4 years, my heart was in pain", says Kalfani Ture, an assistant professor of criminal justice at Quinnipiac University and former police officer. "And the reason why is because Tamarris just like myself as an African American male and as an African American police officer I imagine or I want to imagine that he joined the forces as I did to make a difference".

Officer Tamarris L. Bohannon dedicated over three and a half years of service to the citizens of the City of St. Louis.

​Ture does not rule out that Bohannon was the a victim of a set up: "There was a call that shots were fired or that someone was shot and he as a first responder went to the scene to give aid and assistance, to preserve life but then he and the other officer were attacked".

Touching upon the reasons why Bohannon was purportedly ambushed, the professor suggests that it could have happened because he was African American and a police officer. According to Ture, law enforcement agents are now "out-weaponed" by individuals, who have equal or if not far better weaponry, and "policing in a society where things are ever so more desperate".

"There is more tension between White citizens and Black citizens. And then there is the sort of convergence of this pandemic. And then we have political uncertainty at the national and local levels", he says, also emphasising "greater inequities, structural inequalities, structural racism in society" which the US has "to find a way to resolve".

Everyday challenges that an officer faces are tremendous, acknowledges Dr Darrin Porcher, a retired NYPD lieutenant and criminal justice expert, emphasising that an attack on law enforcement is in fact an attack on all of society.

"We need our elected officials to coalesce behind a strategy that can make us safer as a society", he opines. "Unfortunately, this hasn't happened. As a result of that, we lost an officer, and it's something that we need to really go back to - the tell-tale signs and the teachable moments of the past and ask what we can do better in connection with us being a safer and more tranquil society".

Porcher laments the fact that instances of violence have considerably soared in the aftermath of the death of George Floyd, an African American male, in custody in late May 2020 and subsequent nationwide protests which were accompanied by violence, arson, and looting in a number of states.

There's a difference between a constitutionally-protected protest that falls within the purview of the First Amendment and riotous behaviour, the retired NYPD lieutenant highlights.

"I think the reason why it's on the rise is many criminals feel they can act with impunity, because they are capitalising on the social unrest in connection with the death of George Floyd", he opines. "I'm not looking to conflate what happened with the officer's death with the protests that have been plaguing America since the death of George Floyd, however, we have to understand: from a universal perspective, the violence is something that needs to stop".

St. Louis lost one of its heroes. Officer Tamarris L. Bohannon was killed responding to a 9-1-1 call over the weekend. Pray for this brave officer’s family—he has a wife and 3 children. And pray that God would protect our men and women in blue. https://t.co/7Ar9rE7JtK

​The attack on Officer Bohannon is a dreadful incident amid unfolding violence, echoes Chris Phillips, a former senior British police officer, a fellow of the Security Institute and the Chartered Institute of Security and Crisis Management, calling law enforcement officers "the backbone of society" and "the glue that holds society together".

Phillips argues that police officers "really need to be protected": "I know for a fact that police officers are now much more scared than others and probably because of the overreaction that we've seen across the US", he says. "So, we need to support them doing the right thing".

According to statistics released by the FBI in May 2020, 89 police officers were killed in line-of-duty incidents in 2019. Some 48 officers died as a result of felonious acts, and 41 officers died in accidents. In 2018, a total of 106 police officers lost their lives with 55 officers being feloniously killed and 51 dying accidentally. The average age of murdered law enforcement agents was 37.

'It's Beyond Disturbing to Blame Entire Profession for Unresolved Racial Problems'

"These have become perilous times for law enforcement officers since the murder of George Floyd", admits Dr David Thomas, a retired African American police officer and professor of forensic studies at Florida Gulf Coast University. "It's more than that though it is the death of Eric Garner and more recently the shooting of Jacob Blake and every incident before and since".

According to the professor, "there has ever been a time where police have been the victims of such violence".

"With every video of police shooting an unarmed Black man, the response has been violence", he says. "Officers have been responding to false calls where they are ambushed, shot, or murdered".

While the public has every right to be mad over the instances of police brutality, it does not mean that blaming all 700,000 law enforcement officers in the country for the misdeeds of a few is right, according to Thomas.

"As a Black man and retired cop, I cry every time an officer is killed in the line of duty and I cry every time an unarmed Black man is killed by a police officer", he notes. "Where we are today, in our society, is that there is no trust. As I write this, my belief is that communities are enraged even to the point where there is no logic to the anger and they will take out their acts of violence on unsuspecting police, even in communities where there are no issues between the police and community members".

The entire police profession is currently under fire in the US, acknowledges Professor Maria Haberfeld, who leads the NYPD police studies programme at New York’s John Jay College of Criminal Justice.

She opines that "it is beyond disturbing to blame, collectively, the entire profession for unresolved issues of racial discrimination, or any other ills of the society".

"In New York City, for example, we witness constant uptick in violent crime, people being killed, raped, mugged, how these events translate into anger against the police is beyond comprehension", the academic notes. "Yet, people feel empowered to take their rage at the police, feel heroic when they hurt the officers, justify to themselves that they are fighting for 'justice', while hurting the innocent".

The George Floyd protests against racism and police brutality which started in late May have spearheaded the "defund the police" slogan from the outset. Since then at least 13 cities have introduced cuts on their police departments or decreased the number of law enforcement officers, according to Forbes. While the nation's two biggest cities, New York and Los Angeles, largely endorsed reductions in the budget of their police departments police soon after the Black Lives Matter protests began, Austin City Council, Texas, also voted to slash its law enforcement budget in mid-August. Nevertheless, a Gallup poll carried out from 23 June to 6 July indicated that 61% of African Americans want the police to spend the same amount of time in their community, while 20% of black individuals said they'd like to see more police.

"Police officers in the United States are only appreciated when a major disaster happens and when they are called to respond and save others, while putting their lives on the line, like in the aftermath of 9/11", says Maria Haberfeld. "Yet, people have a very short memory and a lot of unresolved anger directed at the symbol of power and the politicians, of course, take full advantage of this, while sacrificing the profession, in my opinion, in an irreversible manner".