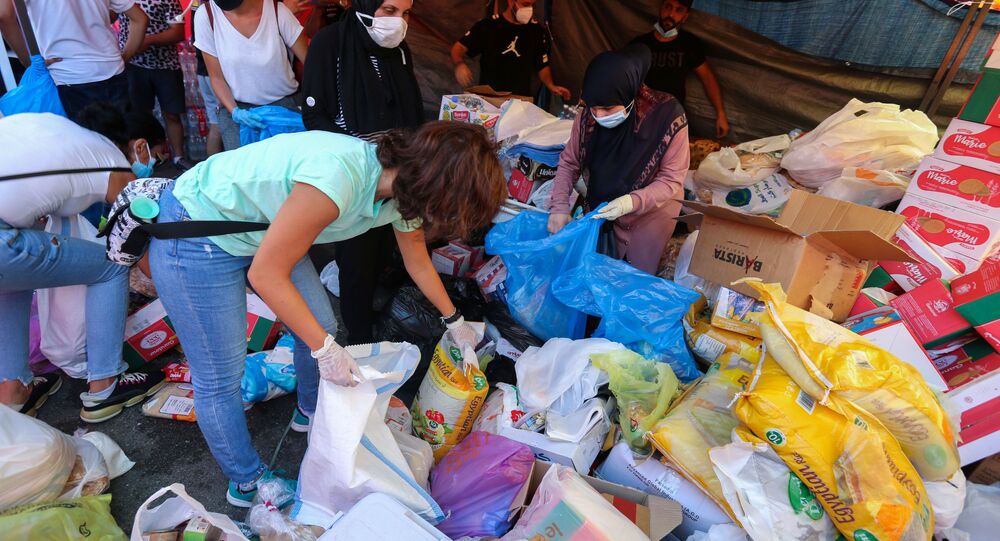 A powerful explosion occurred in Beirut’s port area on Tuesday evening. The head of the Lebanese Red Cross said the death toll had reached 100 people, and many of the victims were still trapped under the rubble.

The losses suffered by an already depleted Lebanon are estimated in the billions of dollars. The complete destruction of the country's main port and everything that was stored there was the most painful blow to the Lebanese economy.

Lebanon's government has already announced that the country's grain reserves will last only a month, and that flour won’t be sold at retail. According to Lebanese experts, the catastrophe that happened in Beirut has put Lebanon on the brink of survival.

There are various opinions regarding the volume of the losses: of course, the number of explosion victims will be the biggest blow to the Lebanese capital. However, the current Lebanese government has no funds to restore what was destroyed, which can only exacerbate the problems of the Lebanese people.

Lebanese economist Bassem Ajaqah pointed out that there are two types of economic losses for Lebanon: infrastructural and food.

"Infrastructural or direct losses are anything movable and immovable that the explosion damaged or destroyed. In fact, this also includes the complete destruction of the Beirut port. According to our calculations, it will be a lot more than $100 million", he said.

"Food losses include, first of all, completely destroyed stocks of food, flour and grain in the port. This also includes guaranteed logistics problems with future imports and exports of goods, since the Beirut port used to receive and export up to 70% of the national trade volume", the expert added.

At the same time, a catastrophe this huge will entail the closure of a number of companies and enterprises that were associated with or located in the destroyed facilities. This means that several hundred or even thousands of people will inevitably lose their jobs.

In turn, economic expert Marwa Othman believes that Lebanon is now unlikely to be able to independently rebuild the city and, moreover, its own economy.

"According to preliminary data, restoring Beirut will cost the treasury $30 billion. And, I believe, this figure may well grow several times more. There is no more port in Beirut, let’s be honest about the situation. It will have to be rebuilt from scratch. As you can see, the scale of the disaster is just incredible. Lebanon won't be able to cope with such problems on its own: it urgently needs help, as soon as possible. The explosion put Lebanon on the edge of the abyss", she said.

The Port Problem is Deeper Than It Seems

Frankly speaking, Lebanon is not rich in natural resources. Therefore, it has to import more than 70% of consumed raw materials and products. The country's main logistics hub is ruined. A logical question arises: how can you compensate for its absence?

Although the Ministry of Transport announced on Tuesday night that the bulk of goods will now arrive through the port of Tripoli, its capacity is several times less than that of Beirut.

In this regard, Bassim Ajaka believes that the load could be spread to the ports in Sidon and Tyre; however, this won't solve the logistical and economic problems.

"Even if the entire load is distributed between the ports of Tripoli, Tyre and Sidon, there will still be complications. Firstly, such chain transfers also require a lot of money and time. Secondly, these ports have low transfer capacity, which means that Lebanon's export and import volumes will drastically decline. Therefore, the country will lose a lot of money", he explained.

In turn, Marwa Othman believes that Lebanon currently doesn't have the resources to engage in such production transfers.

"Don't get me wrong, our country is bankrupt. Even without the Beirut explosion, the Ministry of Transport wouldn’t have been able to make such logistic manoeuvres. Even more so now", she said.

Lebanese agriculture is rather poorly developed – due to geographical and climatic conditions – therefore local farmers don’t even meet domestic needs.

Among other things, the port of Beirut hosted warehouses for wheat, flour, and a number of other important food products. Before being transferred to retail and wholesale trade, they were stored there without being transferred to other warehouses. Now Lebanon is left with almost no grain and flour reserves: what we have now is enough for a month at best.

Port warehouses were considered storage location for strategic stocks of raw materials and products: there are no more warehouses or stocks in Lebanon.

"Unfortunately, there is every reason to believe that Lebanon is rapidly falling to the level of 1912, the leanest year in the country’s history when hundreds of people died without food and livelihood. Lebanon has no funds to improve the food safety situation, and no one will provide grain and flour for free. I believe that other food products will soon be in short supply as well", Marwa Othman said.

© REUTERS / MOHAMED AZAKIR
Men walk at the site of an explosion in Beirut, Lebanon August 4, 2020

"Let's face it, Lebanon is on the brink of a humanitarian disaster. The government needs to immediately ask its neighbours and international organisations for help. The country may simply not survive the several months it will take to start rebuilding the city", she concluded.