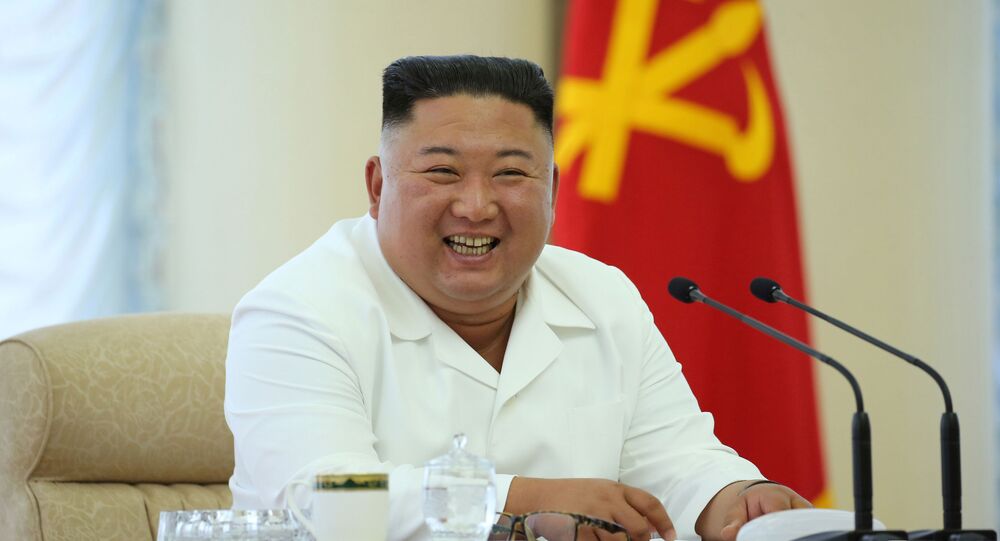 Pyongyang's temporary rejection of military action, which the country has threatened Seoul with for more than a week, came as a surprise to many. North Korea doesn't appear to be one of those nations that does not fulfill its promises.

Despite a new batch of leaflets distributed by North Korean defectors, whose actions have served as the reason for the current escalation, Kim Jong-un decided to postpone the General Staff's plan to concentrate troops along the border.

The motives of the North Korean leadership are as yet unclear and experts' opinions also differ. Some say that Kim Jong-un was ultimately imbued with Seoul's sincere efforts to ban leaflet distribution, which clearly violates inter-Korean agreements. Others say that North Korea simply doesn't dare to engage in an open confrontation, seeing Seoul's readiness to retaliate.

Still others believe that the inter-Korean crisis was caused by a struggle among various factions for the loyalty of Kim Jong-un, who allegedly didn't know what to do after the US summit in Hanoi failed.

Some people believe all this to be a performance aimed at scaring the South, with the North Korean leader's sister, Kim Yo-jong, playing the role of the bad cop, and Kim Jong-un himself being a wise and level-headed peacemaker.

However, according to Kim Dong-yup, a professor at the Institute for Far East Studies of Kyungnam University, the last scenario is unlikely, since, in the North Korean political system, instructions on undermining the inter-Korean liaison office, troop movements on the border, and organising rallies condemning Seoul's actions simply couldn't be given without being coordinated with the supreme leader.

He considers more convincing the attempt to explain the sudden suspension of plans by a desire to look at what would be the reaction and further actions on the part of South Korea, who was stressing its determination to eliminate all the problem points in the shortest possible time. One, however, cannot rule out that Pyongyang's adjustment of its foreign policy was caused by domestic reasons.

"In the context when Pyongyang is committed to the idea of a 'frontal breakthrough' with a focus on the economy, for which it needs to engage even the military in construction works, excessive escalation of international tensions and its turning into a crisis can be considered a negative factor. To ensure North Koreans’ participation in this economic 'frontal breakthrough' campaign, external 'breakthroughs' need to be adjusted both in terms of level and speed", the professor said.

Pyongyang could have also taken a break to find a more serious reason to move to military activity. After the explosion of the inter-Korean liaison office and large-scale anti-South Korean campaigns, a mere statement that plans have been postponed wouldn’t be enough to explain the mobilisation to a domestic audience.

Therefore, if the South Korean government doesn't jump at this opportunity to quickly start fulfilling all their promises, this will be a signal to North Korea that the lesson hasn't been learned, and a demonstrative scolding is needed.

Moreover, one shouldn't forget that apart from postponing military actions, the preliminary meeting of the Central Military Commission discussed "major military policy projects, reports, and decisions that would be submitted to the 5th session of the WPK's 7th Central Military Commission, as well as various documents reflecting government measures to further strengthen the country's military deterrence capacities".

The report mentioned the participation of Commission Deputy Chairman Ri Pyong-chol, who is responsible for the military industrial complex.

"Although the General Staff's plan of action against the South has been postponed, the remaining agenda items are highly likely to have been adopted. Probably, among them, there were issues of developing new weapons to upgrade military potential, as well as showcasing new strategic weapons, which were already discussed at the party plenary meeting in December of last year".

"North Korea may show various types of hostilities, depending on when the CMC's fifth session takes place. Therefore, the current suspension of operations against South Korea may, on the contrary, be associated with preparations to launch SLBMs or showcase new strategic weapons, that is military operations against the United States. And this is the worst-case scenario", Kim Dong-yup said.

However, he doesn't rule out a positive scenario, where the change in Pyongyang's position is due to secret contacts South Korea is pursuing in order to prevent the situation from worsening. However, until yesterday, the North has been saying they had nothing to talk about with Seoul, and, violating diplomatic ethics, even spoke about President Moon's administration’s secret proposal to negotiate, which had been resolutely rejected. All this raises doubts as to whether resuming dialogue is possible in the current context.

"I expect North Korea to now completely cut ties with the South and look for ways of maintaining its system and further development by gradually building up humanitarian exchanges and economic cooperation with China and Russia. Therefore, an escalation of inter-Korean relations is inevitable in the near future, no matter what the South Korean government’s reaction is", Cheong Seong-chang, Director of the Centre for North Korean Studies at the Sejong Institute, said.

He believes that initially, the denuclearisation of the Korean Peninsula, which was Seoul's key priority regarding North Korea, was a mission close to impossible. And this goal is becoming increasingly unrealistic due to the failure of the US-North Korean negotiations in 2019.

Therefore, rationally speaking, the South Korean government should now think about changing priorities and draft a plan to strengthen their nuclear deterrence capacities.

© AFP 2020 / JUNG YEON-JE
South Korean soldiers gather near a guard post in a sideline of Imjingak peace park in the border city of Paju on June 17, 2020

But even if they continue adhering to their old goals, they first need to agree with the United States on the very concept of denuclearisation and its methods, and hold four-party talks between the US, China, South Korea, and North Korea at the highest and working levels, reaching an agreement on denuclearisation, peaceful structure organisation, and easing sanctions against North Korea.

"If the situation continues, as we see it now, when there is no visible authority in the South Korean government or organised efforts to promote denuclearisation on the Korean Peninsula, North Korea's nuclear and missile potential will only grow and denuclearisation will become completely impossible", Cheong believes.

According to Cheong Seong-chang, to get Pyongyang back to the negotiating table, Seoul needs to propose not small symbolic projects such as allowing individual tourist trips but to present an integrated picture of inter-Korean cooperation that would be feasible, approved by the international community, and could be of interest to North Korea. Only such a proposal would help restore confidence, strengthen mutual understanding, and build mutually beneficial inter-Korean relations.

"Kim Jong-un previously pursued a tough policy against the South; and he suddenly switched to a policy of appeasement when he thought it to be unprofitable for North Korea, and then returned to the hard-line again".

© AP Photo / Ahn Young-joon
A woman passes by a TV screen showing an image of North Korean leader Kim Jong Un and his sister Kim Yo Jong during a news program at the Seoul Railway Station in Seoul, South Korea, Saturday, May 2, 2020.

"Therefore, there is a chance that after the Kaesong Industrial Complex and all the South Korean infrastructure in Kumgangsan is finally demolished, the North will again return to the policy of conciliation. And now South Korea needs to think how it will restore confidence, relieve military tension, and establish inter-Korean relations", the expert pointed out.