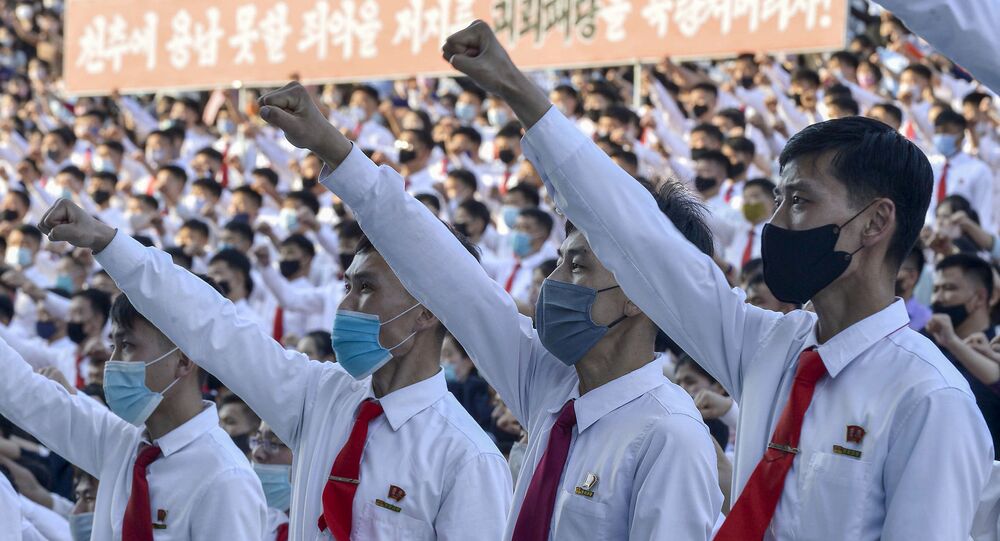 Special equipment will be prepared in order to spread the leaflets, including over 3,000 air balloons of various types, KCNA said on Monday, adding that printing houses in North Korea are accelerating preparations for the printing of an additional several million leaflets.

North Korea understands that the spread of leaflets is a violation of the inter-Korean agreement but it does not intend to change its plan at a time when relations between the North and the South had already been destroyed, KCNA cited a spokesperson of United Front Department of the Central Committee of the Workers' Party of North Korea as saying on Sunday.

On Saturday, KCNA reported that North Korea had started to prepare leaflets for an information campaign against South Korea. Students of all universities were standing ready to distribute the leaflets, when the border area was opened and they got access to it, KCNA said, adding that Pyongyang had once again accused Seoul of failing to support the reconciliation process, adding that the South Korean authorities would face horrible times soon.

Seoul had promised to take some urgent measures to ease tensions with Pyongyang and to stop South Korean activists from sending leaflets to North Korea.

Tensions in the region spiked after North Korea cut off communications with its southern neighbor and blew up the joint liaison office in the border town of Kaesong in response to a long-time campaign of certain groups in South Korea that have been sending leaflets across the border from the South, criticizing the policies of North Korean leader Kim Jong Un.

On Wednesday, North Korea’s General Staff said that it would redeploy troops to Kaesong and the Mount Kumgang joint tourist zone on the east coast, as well as restore guard posts in the demilitarized zone, which were removed after the inter-Korean summit in 2018.