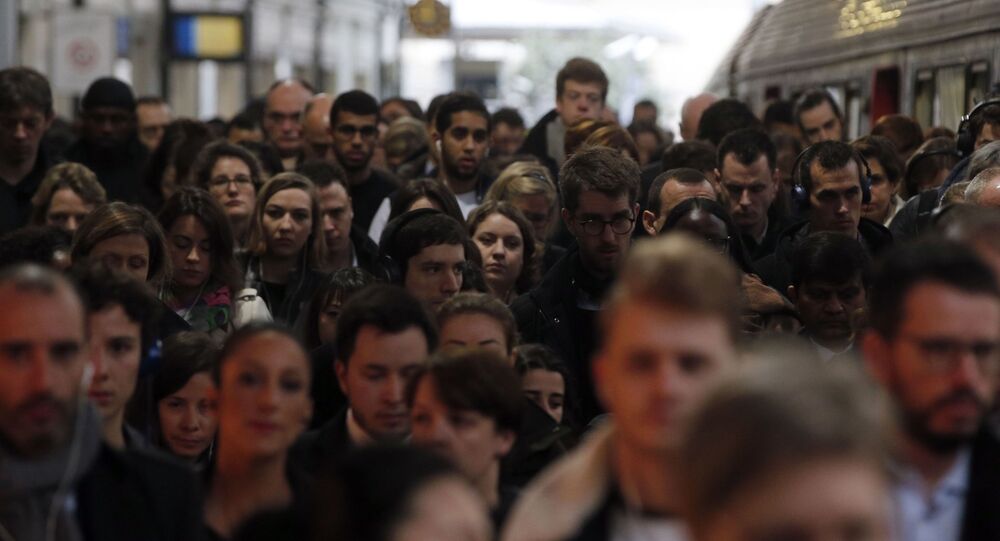 A shorter work week would not only make for a better work/life balance it would also increase overall productivity and the ability of citizens to more meaningfully participate in democracy, says economics professor Richard D. Wolff.

World leaders, labour representatives and even some high profile business figures, such as Google co-founder Larry Page and Virgin's Richard Branson, have been calling for the adoption of a shorter work week. Richard D. Wolff, Professor of Economics Emeritus, University of Massachusetts, Amherst agrees that, if done correctly, a shorter work week is both realistic and desirable.

Professor Wolff, whose weekly show, Economic Update, is syndicated on over 100 radio stations and goes to 55 million TV receivers via Free Speech TV, explained to Sputnik why he thinks a shorter work week would benefit workers as well as the wider economy with increased productivity and increased democracy.

Sputnik: There are different versions of a shorter work week being proposed. One version looks at compressing the hours normally worked in five days into four, so that the same number of hours are worked within a shorter time period.

What exactly would you propose as the ideal system and why?

Professor Richard Wolff: One key goal of a shorter work week is to open up jobs for millions of un and under-employed people (especially true now under COVID-19 plus a major capitalist crash). A four-day week (32 vs 40 hours) does that.

A shorter work-week makes for much better work/life balance for all workers, gives them more rest plus time to develop their skills, thus it enhances their productivity on the job. It also provides the time for civic engagement and genuine participation in politics (making democracy real and not just formal).

Opposition to the 40 hour/5 day week came from employers who feared its effects on profits and workplace discipline. They will make the same arguments again now. But just as they survived the 40-hour work week - and likewise the abolition of child labour - they will survive a 32-hour workweek if and when workers make that happen.

Sputnik: There are jobs which lend themselves to 24/7 days a week work such as the emergency services or the news. Will exceptions be needed for jobs such as these? What might those exceptions look like?

Professor Richard Wolff: No exceptions needed. Rotation of people through jobs can retain [the] concept of 8-hour day despite jobs requiring 24 hour attention.

That a job needs doing rarely means that the same person does it and nothing else. Rotation is a way of sharing tasks. For example, arduous labour can be shared by all at a work place, long-lasting tasks can be shared, unpleasant tasks, etc. If training is required for any task, that too can be shared so that the labour can be shared as well. A task that takes 16 hours to complete can be the shared responsibility of 2 for 8 hours each and so on. Lifeguards on beaches often must be there for 6-10 hours, but rarely is that task assigned to one person. Instead, for example, three lifeguards do 3-hour shifts sequentially. That way an important task is NOT left to someone over-tired, etc.

Sputnik: Isn't there a problem with having to pay employees more over the weekend, doesn't that put too much of a burden on businesses, especially SMEs?

Professor Richard Wolff: No problem at all. The system now pays some people more than others because it defines some jobs as more productive, important, etc.

Taking weekends from workers must mean that work then is so crucial/urgent it cannot wait till next Monday.... so pay workers more to cover that extra crucial urgency and to compensate for loss with family etc.

In the UK 99 per cent of workers are employed in SMEs, which consist of 250 employees or less. Presumably most are not awash in cash. Also, Many of these people already work on weekends, such as in corner shops and small grocery stores, whilst others work for businesses, such as restaurants, that likely can't afford to pay their staff to have three days off.

How would you address these realities and concerns?

Professor Richard Wolff: A shorter workweek is a macro-event enacted as law and thus applies to all businesses, so competition among them is not relevant. If productivity rises, that will offset negative impacts on SME profits from shifting to a 32-hour workweek. Moreover if the 20% cut in the work week yields a 20% increase in employment (reduction in unemployment) the government would save billions in unemployment compensation while gaining billions in taxes from the additional millions employed. The government could use some or all of these savings and new tax revenues to subsidise SME transitions to 32-hour work weeks. A creative government could also demand 2 hours per month from every 32-hour work week beneficiary to perform useful social tasks. In these and other ways, costs to SMEs could be minimised while gains to workers and to the community as a whole could be sharply increased.

Sputnik: How can a shorter work week be achieved whilst also accommodating those who need more hours of work rather than less, such as among the self-employed or those on precarious/zero-hours contracts?

Professor Richard Wolff: See my answer to question #1 above: 4-day/32 hour work week will drive up demand for labour power by roughly 20%. Going from 40 hours (5 days) to 32 hours (4 days) of work per week is a 20% drop in labour input. That is where my statistic comes from. There definitely is research on the effects of shortening work weeks... done in economics and labour studies and sociology.

Sputnik: What do you think are the main obstacles to achieving a four- or three-day work week and how might they be overcome?

Professor Richard D. Wolff: The chief obstacle is the employer or else it would have been done long ago since the employer sets working conditions more than anyone else does or can.

Fear of losing control and/or profits drives employers. Workers would enthusiastically endorse 4 day/32 hour work week at no cut in pay. It is the right thing to do especially now in the depressed conditions of global capitalism.

Sputnik: How do you respond to those who argue that achieving a shorter work week isn't a realistic goal and that people should focus on more attainable goals such as raising the minimum wage?

Professor Richard D. Wolff: What is "realistic" is like beauty: it lies in the eyes of the beholder. Was the current global crash a "realistic" expectation? Was the lack of preparation for Covid-19 a "realistic" position for the Trump/GOP regime to have taken? In today's climate, a shorter work week for the same pay is an excellent recipe for "trickle-up" economic policy better suited to the needs of the majority than the "trickle-down" policies usually being pursued by governments today.