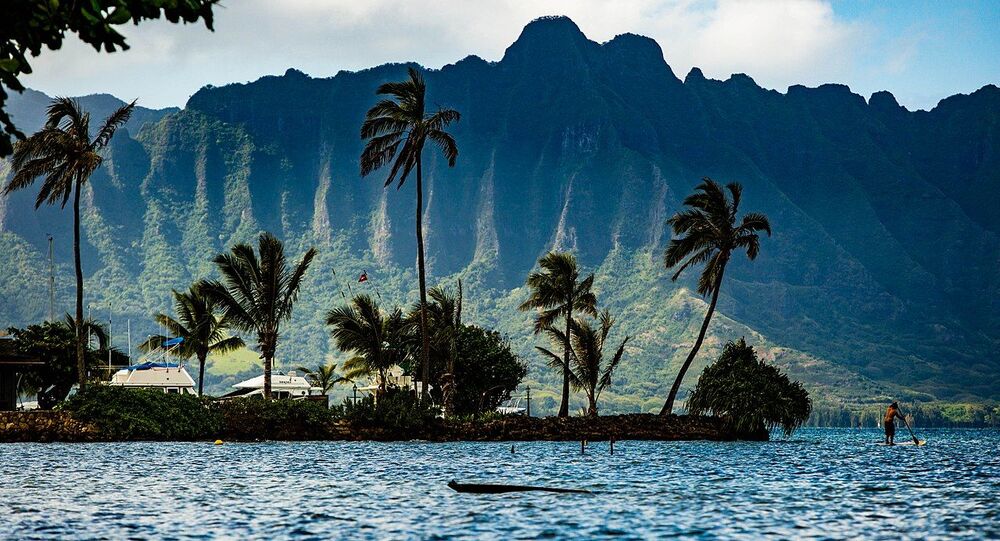 Native Hawaiians and Pacific Islanders remain some of the most vulnerable ethnic minorities in the US, whose human rights and freedoms have been neglected for decades, argue Hawaiian rights activists, stressing that inefficient local screening processes prompt fears of a potential spike in COVID cases among the indigenous population.

Hawaii is gradually opening up, following in the footsteps of other American states, which started easing restrictions in late April. Out of the country's 1.6 million confirmed COVID cases and over 97,000 deaths Hawaii accounts for 633 infected and 17 fatalities.

On 18 May, the state's governor, David Ige, extended the 14-day quarantine for outside and inter-island travellers through 30 June, however, a few days later he announced that the 14-day restrictions for inter-island travel may be dropped soon. The state's economy is largely dependent on tourism, which accounts for roughly 25% of its GDP. With the tourist industry being shut down Hawaii's unemployment rate soared to 22% in April.

As Hawaii hosts millions of tourists the island's indigenous people may be dramatically affected by a possible surge in coronavirus cases, warn Hawaiian sovereignty and human rights activists who have long been calling for the diversification of Hawaii's economy so that it is not so dependent on tourism and imports. They are especially skeptical about the handling of the coronavirus pandemic by the US authorities.

Regarding public health, "Native Hawaiians remain on the bottom; unlike Native Americans and Alaskans, the vast majority of Hawaiians do not live on reservations, but are fully integrated into the rest of society", says Koani Foundation Director Leon Siu, who has long been serving as the minister of foreign affairs for Ke Aupuni O Hawaii, the Hawaiian Kingdom.

A study released by the University of Hawaii at Mānoa John A. Burns School of Medicine (JABSOM) indicates that the highest rates of COVID-19 positive cases in Hawaii and across the US are among Native Hawaiians and Pacific Islanders (NHPI). Possible reasons behind this trend include high rates of chronic and infectious diseases, lower wages and poorer economic and living conditions, and limited access to healthcare services. In addition, a large percentage of NHPI is comprised of essential workers, the incarcerated, and homeless population.

As of 1 May, Native Hawaiians and Pacific Islanders accounted for 14% of total coronavirus representing just 10% of the island state's population, according to the Department of Health.

"In my opinion the US as a whole has done a terrible job in handling the COVID-19 pandemic", says Robert Kajiwara, PhD in History ABD, Manchester Metropolitan University and Hawaiian human rights activist. "The State of Hawaii is no exception. The US has the highest COVID-19 death total in the world due to its abysmal lack of preparedness. The US government has a strong tendency to overlook the needs of Hawaiians and other Pacific Islanders".

Siu, echoes Kajiwara: "[The US authorities] have taken no extra steps for Native Hawaiians than for everyone else, which is why we're still the ones that have had the most adverse effects".

According to Siu, it's hard to tell when it's good to open up. The problem is that there is a screening process, but it's not being enforced, he points out.

"Unless the state is serious in enforcing the requirements and restrictions it will only get worse as things begin to reopen", he says. "It's already sort of out of control right now, so when they say they're going to relax restrictions, it's almost meaningless".

Siu foresees that there will probably be more people infected: "It would have a very negative impact assuming the virus would spread", he warns. "The state is really not in control even now, so we are not confident that they would be in control with even more relaxed restrictions".

Hawaii: From Independent Kingdom to a US State

Hawaii's indigenous population was not included in the list of those eligible for $8 billion in federal coronavirus relief money allocated for America’s indigenous people.

"The US has not provided any aid to Hawaiian nationals", Kajiwara says. "The Office of Hawaiian Affairs (OHA) is a government office under the US State of Hawaii which is America's poor attempt to provide assistance and agency to Hawaiians. This attempt, however, has been disastrous, and the majority of Hawaiians are strongly opposed to OHA".

In addition, not all Hawaiians are able to receive a one-time direct payment from the US government like other American citizens. "Some Hawaiian nationals do not recognise the US as a legal governing entity in Hawaii, and thus are not registered with the US government or IRS; therefore they don't receive any type of stimulus payment", notes Kajiwara.

The human rights activist explains that Hawaiians are not a recognised federal tribe, which is probably why Hawaiians have not been included in the relief money for America's indigenous peoples. However, the problem lies much deeper. Many Native Hawaiian political organisations and sovereignty proponents believe that federal recognition might interfere with Hawaiian claims to independence as a constitutional monarchy.

"For the US to offer 'federal recognition' to Hawaiians instead of full restoration of Hawaii's independence is a huge insult", Kajiwara elaborates. "Hawaiians are well-aware of the poor treatment Native Americans have received as federal tribes, and are not at all inclined towards going down that route. For the majority of Hawaiian nationals, nothing short of full-fledged restoration of the Hawaiian Kingdom and a complete removal of the US from the Hawaiian Islands is acceptable".

This story began with the ouster of Hawaiian Queen Lili'uokalani in 1893 by a group of American businessmen backed by a contingent of US Marines. (A century later a non-binding Apology Resolution passed by the United States Congress in 1993 admitted that the overthrow was an illegal act). The coup plotters established a provisional government and then the Republic of Hawaii which was annexed by the US in 1898 although over 90% Native Hawaiians signed their own Kuʻe Petitions against the US annexation and demanding a restoration of the Queen, the activist recollects. Hawaii was annexed without a Treaty of Annexation which is considered illegal under international law and that is why sovereignty proponents consider Hawaii an independent state "albeit under illegal US occupation", Kajiwara says.

Being a US "territory" Hawaii became eligible for "de-colonisation" in the 20th century. However, following a 1959 referendum on whether to remain a territory or become a state, the majority voted for US statehood. The sovereignty advocates argue that the 1959 plebiscite should be considered null and void since roughly three quarters of those who took part in the referendum were US citizens who inhabited the archipelago following the annexation. Besides this, Native Hawaiians weren't even offered an independence option, they stress. Therefore, Hawaiian sovereignty supporters are calling for a removal of the US from the Hawaiian Islands and a restoration of Hawaii's independence.

"American tourists, military, businesses, and others have never shown much care for the well-being of Hawaiians", Kajiwara highlights. "For the majority of Americans, Hawaii is nothing more than a nice vacation destination and a convenient dumping ground for military bases. In my opinion, the only correct way of addressing this issue, and all Hawaiian issues, is an immediate restoration of Hawaii's independence. Only when Hawaiian agency is restored can Hawaiian rights truly be protected".