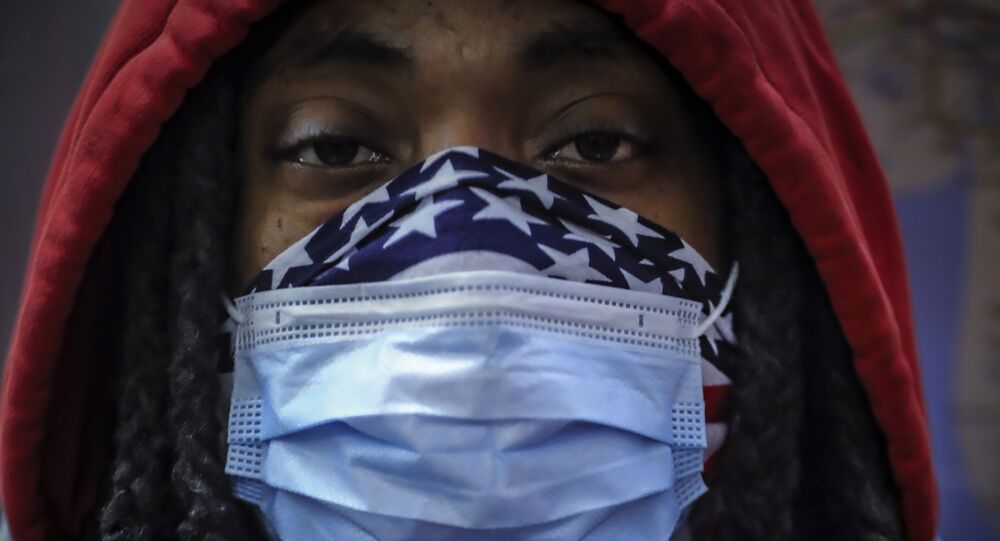 Litmus Test: Being Aware of Probability of Pandemic, US & Europe Did Little to Prepare for It - Prof

The COVID-19 pandemic has caught many nations off guard, even though it was preceded by SARS-Cov in 2003 and MERS-Cov in 2012. Dr. Heinz Dieterich has explained why being aware of the probability of such a scenario, the US and some other developed economies failed to appropriately prepare to shield their populations from the threat.

Though the 2019 "Global Health Security Index" ranking demonstrated by Donald Trump on 26 February 2020 at a press briefing asserted that the US and its Western European allies were the most prepared for the pandemic the US now tops the list of nations hit by the outbreak with the largest number of COVID-19 cases and related deaths followed by Italy, Spain, France, the UK, and Germany.

According to Dr. Heinz Dieterich, director of the Centre for Transition Sciences (CTS) at the Autonomous Metropolitan University, Mexico City, and coordinator at the World Advanced Research Project (WARP), the developed economies were well-aware of the possibility of the pandemic and hypothetically could have been prepared for it by investing in the proactive development of vaccines against zoonotic viruses and by working out a set of measures for their populations to mitigate the risks.

In 2012, Germany's Robert Koch Institute (RKI) did a respective scientific simulation of a pandemic caused by a "hypothetical Modi-SARS pathogen" originating from Asia. The scenario envisaged a mortality rate of 10%, an incubation period of up to 14 days and most severe cases among adult and elderly patients.

"Despite this prognosis of impressive scientific quality, the government and the German lawmakers did nothing", Dieterich highlights.

He recollects that about three years later US magnate Bill Gates alerted the world amid the Ebola pandemic that it is "simply not prepared to deal with a disease, an especially virulent flu, for example". "But nobody cared to listen", the professor notes.

The controversy is even greater, he continues: a team of scientists in Houston, Texas, almost developed a vaccine against the zoonotic coronaviruses of SARS-Cov and MERS-Cov in 2016 but it never progressed to human testing as severe acute respiratory syndrome was no longer circulating and therefore the endeavour did not appear profitable. “It generated zero interest from pharmaceutical companies,” said Peter Hotez, a vaccine researcher at Baylor College of Medicine, as quoted by Houston Chronicle. The team needed just three or four million dollars to finish the project.

The pandemic has become a litmus test for the country's economic models, healthcare systems and spending priorities, according to the professor.

"In capitalist countries, the power elite that operates the system caters to the interests of the most powerful sectors of society, because they guarantee their staying in power", he elaborates. "The performance logic of this power elite is determined by two vectors: profit maximisation and control of the state. The allocation (distribution) of public funds follows the same logic. So, there is little money for public health, education, pension funds and so on. If the capitalist supposes that he probably won´t make a profit on a research project, he won´t fund it".

Deflecting the Blame Towards the Others

It is hardly surprising that the US is now attacking China and Russia: "It needs internal and external enemies which justify the criminal behavior of the power elite, in the eyes of the masses", the professor presumes.

He elaborates that when one spends $718 billion dollars a year on armament and another $140 billion on spy operations, and at the same time can´t pay for the healthcare of roughly 30 million uninsured people "that generates a political problem".

This week the US State Department signalled that it was looking into the assumption that the COVID-19 virus escaped the Wuhan Institute of Virology (WIV), something that Beijing resolutely denies. On Friday, Secretary of State Mike Pompeo urged China to grant the US access to the Wuhan laboratory so that the Americans "can determine precisely where this virus began".

For his part, Donald Trump insists that the People's Republic was slow to report about the endemic and that it underreported the number of COVID-19 cases and coronavirus related deaths.

​It's not the case, argues Dieterich.

"China just published the official timeline of the Covid-19 events, which clearly demonstrates that the government and party acted responsibly and effectively vis-a-vis the unknown challenge. That´s why you have only 4,636 Covid-19 deaths in China and over 39,000 in the United States, although China has a four and a half fold bigger population", he remarks, adding that neither the US nor its allies are eager to follow China's paradigm in countering the disease.

According to the professor, "there also is a deeper geo-economic purpose to the US aggression and blame game".

"The Florida Law Firm 'Berman Law Group' has brought a class action law suit in Florida and Texas against China – blaming it for supposedly covering up the coronavirus outbreak in Wuhan— and asking to hold it legally accountable, suing it for trillions of dollars for 'its negligence'. Here, the geo-economic profit motive of US capitalism and geopolitical world control interests melt into one dangerous 'Russian roulette' game with world peace. Unfortunately, the communications policy of China´s foreign policy media outlets lacks the countervailing force which world peace now requires", he emphasises.

Meanwhile, China is not the only country named "responsible" for the US' apparent flaws. This week the American COVID-19 crisis was also blamed on Russia: according to The New York Times, it is the result of Vladimir Putin's "long war against American science" that "hurt major institutions and encouraged the spread of deadly illnesses".

"This is a ludicrous statement, but not at all surprising", Dieterich remarks. "Together with all the other US main stream media the New York Times has degenerated into a simple propaganda tool of powerful corporate and political establishment interests".

When COVID is Likely to be Stopped?

No matter how hard the coronavirus pandemic has hit the US and Europe, there will be no adjustments in the Western system within the framework of a capitalist neo-liberal model, Dieterich foresees.

"The COVID-19 virus will be controlled, at the latest, in the summer of 2021", he predicts. "But, probably, much earlier. So the 'new normal' of today and all its hype will return to the 'old normal', only with a much greater dependence on 5G enabled technological systems and a lot of economic and social 'cleansing' of the 'non-productive' people and enterprises. The post-virus curve will emulate the post 2007-world crisis curve, because the power structures which caused the catastrophe in the first place, will not change".

Still, according to him, the darkest part of a night is usually just before dawn.

He asserts that "it makes absolute economic sense to invest in global health care", citing tycoon Bill Gates who noted in 2015: "NATO plays war games to check that people are well-trained and prepared. Now we need germ games".

"And of course, we have the science and technology to prevent and control these pandemics", Dieterich highlights. "The cost-benefit ratio of investing in global public health is evident to the naked eye and even to the ordinary citizens".