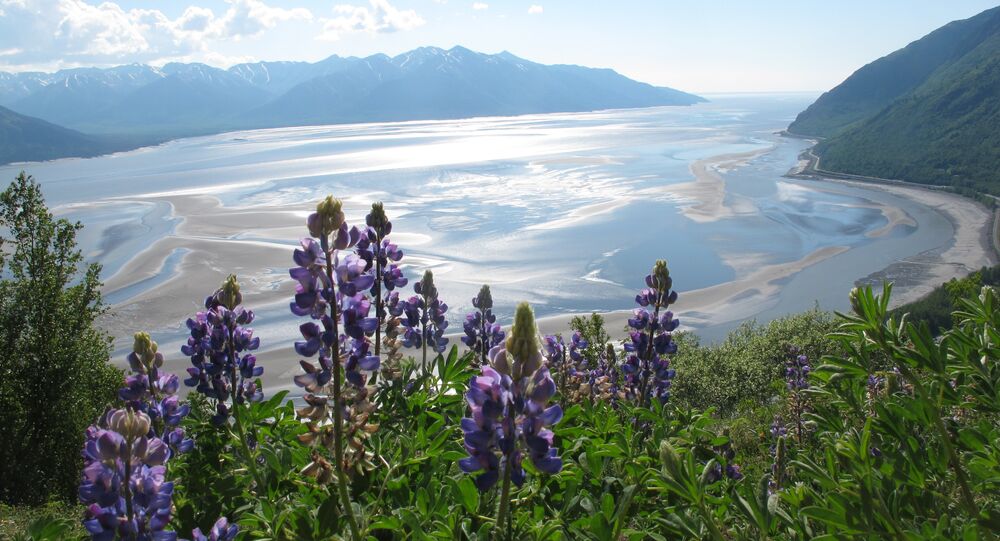 The Indigenous Peoples and Nations Coalition of Alaska have raised the alarm over the US state and federal government's unwillingness to shut down the Bristol Bay fishery in order to preserve the health and life of Alaska Natives amid the COVID-19 pandemic, say IPNC Ambassador Ronald Barnes and Oregon attorney Geoffrey D. Strommer.

On 15 May, an out-of-state seafood worker tested positive for Covid-19 in Dillingham, six weeks after Bristol Bay regional entities requested the State of Alaska that it shut down the commercial fishery in the region. The feared at that time was that the state would fail to ensure pre-arrival testing and enforced quarantine for incoming fishery participants. According to Alaska Public Media, it’s the ninth case of a non-resident testing positive for coronavirus in Alaska. The state's governor, Mike Dunleavy, is resisting closure of the highly lucrative Bristol Bay fishery, vowing to maintain anti-COVID protection measures. However, tribal leaders have grave doubts about how the state authorities can enforce these measures and require seasonal workers to observe quarantine.

"The main threat is due to the influx of thousands of fishermen who can potentially infect the vulnerable population with COVID-19", says Ambassador Ronald Barnes of the Indigenous Peoples and Nations Coalition (IPNC), Alaska. "The fish processors and their crew are entering the Bristol Bay region with Essential Employee exemptions stated in their application to enter Alaska by the state of Alaska. The exemption references to social distancing, quarantines, curfews and other restrictions. This also leaves protocols determined by the fish processors and boat captains to regulate".

Ambassador Barnes emphasises that the local communities and the regional hospital are not securely equipped with personal protective equipment (PPEs), testing and tracing, ventilators, hospital beds, police enforcement and other necessary protocols to ensure the prevention and protection of the local communities to COVID-19.

"Many of the Bristol Bay communities are separated and isolated and can only reach the Kanakanak Hospital by airplane or by boat", he says. "The hospital receives mainly federal funding from Washington and it is not enough to serve the health and safety needs to all communities".

The Bristol Bay region has had no reported COVID cases until 15 May, when a Trident fish processing company worker from out of state tested positive in Dillingham, elaborates Geoffrey D. Strommer, a US lawyer specialising in the Indian Self-Determination and Education Assistance Act (ISDEAA) implementation. Stressing that the fishery industry has already brought COVID-19 to villages in the region, he draws attention to the fact that during the 1918 Spanish flu epidemic, 80% of the deaths in Alaska were Alaska Natives.

Even before the pandemic the health infrastructure of the Bristol Bay had not been constructed or staffed, or funded to cover thousands of seasonal workers: "We already have huge unmet needs for health care funding, and this crisis only serves to highlight the disparities and shortages", the lawyer underscores.

To complicate matters further, not all villages in Bristol Bay have running water or sewage and wastewater treatment facilities, he continues, adding that families often have to share very small housing units in overcrowded conditions which makes self-isolation almost impossible amid the pandemic.

Remote location makes life necessities hard to get and very expensive. Likewise, digital communications in the region cost quite a bit which dramatically diminish the affordability of telemedicine and distant educational services for Alaska Natives, the lawyer highlights.

According to some estimates there were 120,000 indigenous people in the state in 2013 which constitutes approximately 15.4% of the overall Alaskan population. "Alaska Natives are the original inhabitants of the region, with knowledge of the resources, biology, terrain and lifeways to be able to live and thrive here since time immemorial", Strommer emphasises, stressing that outside industries negatively impact "local Alaska Natives' capacity to live a subsistence lifestyle".

"Both the state and federal government, if they value what Bristol Bay brings to the regional and global economy through its fisheries, need to step up and invest further in local infrastructure so that the region has more substantial access to health care, housing, clean water and sewer, electricity, internet and mobile data, and education and law enforcement", the attorney observes.

'Alaska Natives Have the Right to Govern Their Territories'

If the US state and federal government can't provide the indigenous people with protection and decent standards of living they should let Alaska Natives to take the reins of the region in terms of lawmaking, governance and natural resources management, argues Ambassador Ronald Barnes who has been spearheading the initiative of Alaska's self-determination and self-governance for several years.

"The lack of preparedness and infrastructure to provide enough health care is based on the failure to implement international legal and political status and obligations by the United States of America to Alaska", he stresses. "The US has and continues to exploit more than a trillion dollars of resource from Alaska".

Referring to the 1971 Alaska Native Claims Settlement Act (ANCSA) and the 1867 Treaty of Cession of Alaska the ambassador emphasises that neither of these acts grant the US with the rights of jurisdiction and ownership of the region's territories. He underlines that these rights solely belong to the indigenous peoples of Alaska, in accordance with diplomatic communications between the Russian Empire and the US in which the Alaska indigenous people were declared as "independent tribes inhabiting an independent territory".

"The extraction of resources and unilateral taking of territory without the proper consent of a state of peoples based on the denial of self-determination and self-government on grounds of racial discrimination is a crime against humanity", argues the ambassador. "The Indigenous Peoples of Alaska have the right of full diplomatic recognition under the political question doctrine at high levels with the United States Government and with the international community".

Five years ago, Ambassador Barnes raised the issue in the United Nations together with the representatives of indigenous populations of Hawaii. As both Alaska and Hawaii were listed in 1946 as Non Self-Governing Territories under article 73 of the UN Charter, this status subjected Alaska and Hawaii to "decolonization". Irregularities in the referendum on Alaska's status as the US' 49th state throw the Alaska Statehood Act signed by President Dwight D. Eisenhower in July 1958 into question and require the region's re-enlistment to the List of Non-Self-Governing Territories, according to Barnes.

In 2013 and 2014 the criteria for exercising the right of self-determination by Alaska Natives were laid down by Professor Alfred de Zayas, then UN Independent Expert on International Order, who argued that the peoples of Alaska can invoke the right. According to the professor, "the US government's failure to provide Alaska Natives with adequate health services before and during the COVID pandemic is incompatible with Article 25 of the 1989 ILO Indigenous and Tribal Peoples Convention 169, the 2007 UN Declaration on the Rights of Indigenous peoples, and general principles of international human rights law".

Ambassador Ronald Barnes concludes: "The denial to grant proper recognition and respect to the Tribal Governments and for their right to development, particularly in developing law and policy by the proper agents and authorities, is contrary to the obligations of the United States under Article 1 of the Covenant on Civil and Political Rights".