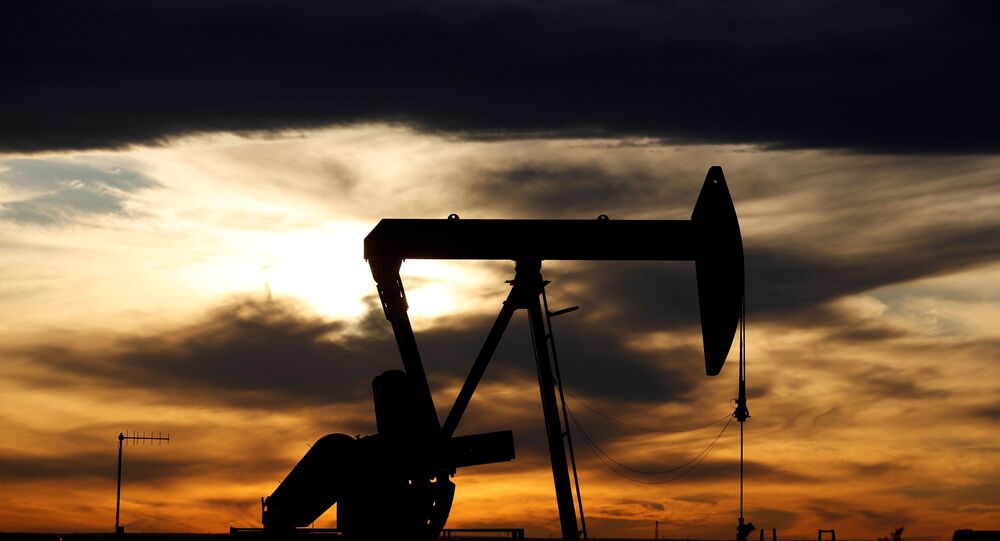 After days of intense negotiations and video conferences OPEC+ and G20 have sealed a deal aimed at tackling the oil market imbalance. Economic analysts have explained how the newly introduced cuts will affect the market in the short- and medium-term.

On Sunday, Russia, Saudi Arabia, and the US struck a deal with the world's petroleum producers for major oil output cuts in response to a dramatic slump in crude prices caused by the coronavirus pandemic and Riyadh's dumping. Twenty-three countries have joined the OPEC+ agreement to slash crude production by a record 9.7 million barrels per day – which equates to about 10% of global output – in May and June 2020. The gradually decreasing cuts will remain in force until 1 May 2022.

'Prices Still Too Low to Maintain US Shale Growth'

The decision to proceed with further cuts was voiced last Thursday but Mexico resisted triggering concerns about the future of the highly-anticipated deal. Eventually, the US stepped in and helped resolve the Saudi-Mexican standoff over cuts. Global energy markets reacted immediately with oil edging higher in the aftermath of the deal.

Although these countries have opted for the largest oil cuts ever the market still remains oversupplied, according to James L. Williams, president of WTRG Economics, an Arkansas-based business management consultancy, who anticipates that prices will continue to decline below $20 per barrel.

"Consumption has fallen by close to 30 million b/d and perhaps more", Williams says. "All the drop in production will do is slow the record build in storage, as storage fills there will be more downward pressure on oil price".

The economic expert observes that "for the week ending April 3 US oil and product stocks were up 33 million barrels" with half of the increase being oil and half products.

"Furthermore, consumption at 14.4 million b/d is 5.9 million b/d below last year. The US consumes about 20% of world oil and if decline in other countries is proportionate worldwide consumption will be down 29.5 million b/d. The next report will show a greater loss in oil use", he says.

He remarks that despite the cuts "prices are too low to maintain shale production growth" expecting that "the US will see substantial declines with recovery unlikely until six months after oil prices exceed $35 per barrel".

'Market Needs 20 Million Bpd in Cuts to Get Excited'

Despite some skepticism surrounding the new output cut deal, "it should end calls for oil prices to fall to single digits", deems Edward Moya, senior market analyst at OANDA in New York.

"Oil prices should remain heavy in the short-term, but that could quickly change if optimism grows that the US and Europe could see major parts of their economy opening by June", he argues. "For now, the demand outlook remains bleak, but these production cuts could support the argument that energy markets could see an implied stock draw in the second half of the year. There will be a time to eventually turn bullish on oil, but for now WTI crude prices could continue to show signs of stabilising in the mid-$20s".

The market analyst explains that under the current circumstances for energy markets "to get excited", "production cuts around 20 million barrels per day were needed, not the 9.7 million bpd plus another 5 million bpd from G20 countries". Therefore one should not expect the oil market to stabilise soon, he notes warning that any bullishness in opening trading following the deal is likely to be "short-lived".

Following the collapse of OPEC+'s oil pact on 6 March and Saudi Arabia's decision to introduce further discounts to its petroleum amid falling demand, crude prices hit an 18-year low.

According to Moya, it was Mexico who "played spoiler" this time as it "stuck to its guns" in only committing to 100,000 bpd in production cuts.

"President Trump’s intervention with Mexico’s objection was critical for talks to continue over the weekend", the market analyst underscores. "Trump will probably claim credit that he saved both OPEC and many US shale companies. The US will take on some Mexico’s production cut burden of roughly 250,000 bpd. The problem is that the US is applying natural declines in output towards Mexico’s quota. The number of holes in this production cut deal will make it hard for anyone to feel confident that a firm bottom is in place".

Oil prices went up about 1% to around $32 per barrel in London on Monday while in Asia Brent futures jumped 8% in the first seconds of trading before plunging over 1% in a reversal, according to Bloomberg.