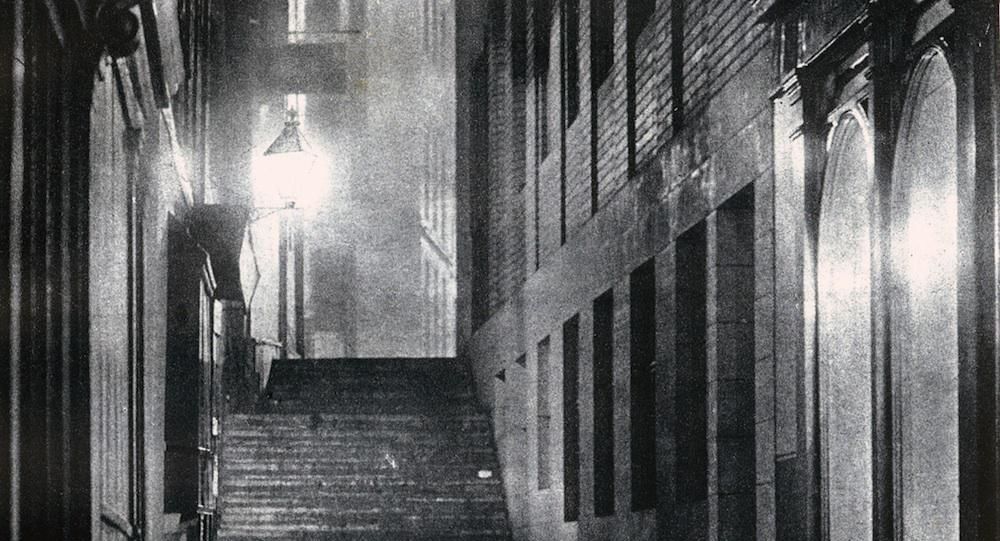 Urban myths are as old as the world’s cities and they vary from the Mamlambo in South Africa to the Goatman in the United States. Sputnik spoke to the author of a new book on Supernatural Cities about the importance the occult plays for metropolitan folk.

The coronavirus may right now be triggering conspiracy theories in the Chinese city of Wuhan, according to Dr Karl Bell, a professor of cultural and social history at the University of Portsmouth.

“Whenever people are anxious they will want to try to make sense of things and story-telling, folklore become ways in which you can try to get a grip on a situation even if it doesn’t have any effect on it at all. It can give you a sense of understanding. If people are confronted with threats and mysteries then telling a story about it and sharing those anxieties becomes a way of dealing with that,” Dr Bell said.

In his new book, Supernatural Cities, he has corralled a string of tales from around the globe which suggest city folk are as instinctively drawn to tales of the occult as their country cousins.

Dr Bell said: “There is very much a perception that the city is a symbol of modernity and rationalism and reason, compared with the rural areas which are seen as backwards, static and unchanging and that tension is how we view our cities and how we view the supernatural and that they should not co-exist in the same place and yet they do.”

Included in the book are the Mamlambo - a serpent-like creature which has become an urban myth in South African cities and the Goatman - a man with the head of a goat, which decapitates dogs, terrorises lovers and chases teenagers in the suburbs of Washington DC.

Dr Bell has also written in the past about a London legend, Spring-heeled Jack.

​“Spring-heeled Jack is a figure which pops up at the start of the Victorian period, just as London was growing in a period of industrialisation. You have this strange figure which is a sort of clawed, fire-breathing demon running around attacking people and you have got the press presenting it as a group of hoaxers dressing up in costumes and scaring people. But people almost want to buy into the supernatural idea as much as having it dismissed,” explained Dr Bell.

He said there were then sightings of Spring-heeled Jack in other parts of Britain and even in North America and Australia.

Dr Bell said: “The Mamlambo is a kind of trickster, seducer type character which offers you material wealth and power but there’s often a sense of a bargain being made, a contract in which you will invariably suffer. It’s like a Faustian pact.”

He said the Mamlambo feeds into the dangers of the materialistic desires of modern South Africa.

​He said the supernatural is also intertwined with the urban environment because many cities are built upon the ruins of previous civilisations - for example Mexico City, which was constructed on the site of the Aztec city of Tenochtitlan.

“Any city like Mexico City with an old, layered, dark history will normally have its fair share of ghosts. Most hauntings are identified with a layering of history, with a sense that people have, possibly through violence, come in and imposed themselves on other people and a sense of those old cultures and sites are still beneath the new cities and hauntings have a sense of guilt,” said Dr Bell.

Dr Bell said: “In a lot of the research I’ve done you will find that churches will become sites which have a lot of these supernatural associations, which I think is due to notions of consecrated or sacred ground, which is therefore different to the mundane space around it.”

One of the book’s chapters focuses on the experiences of people in four towns in the Ural mountains - Kachkanar, Krasnoturinsk, Lesnoy, and Zarechny - which were founded in the post-war Soviet Union.

Academics Elena Pryamikova, Mikhail Vandyshev and Natalia Veselkova interviewed elderly residents and discovered how they had resorted to Russian folklore to explain some of the negative effects of industrialisation.

​Dr Bell said: “These cities very quickly developed their own folklore and their own stories and a lot of the ones in that region tended to be around environmental concerns in a sense that the industry and the damming of rivers was affecting their relationship with nature. Nature was almost sentient and there was a sense that if you’re not careful it will fight back.”

He said it was wrong to think of the supernatural as a dark and negative force and he said it was actually a form of “cultural enrichment.”