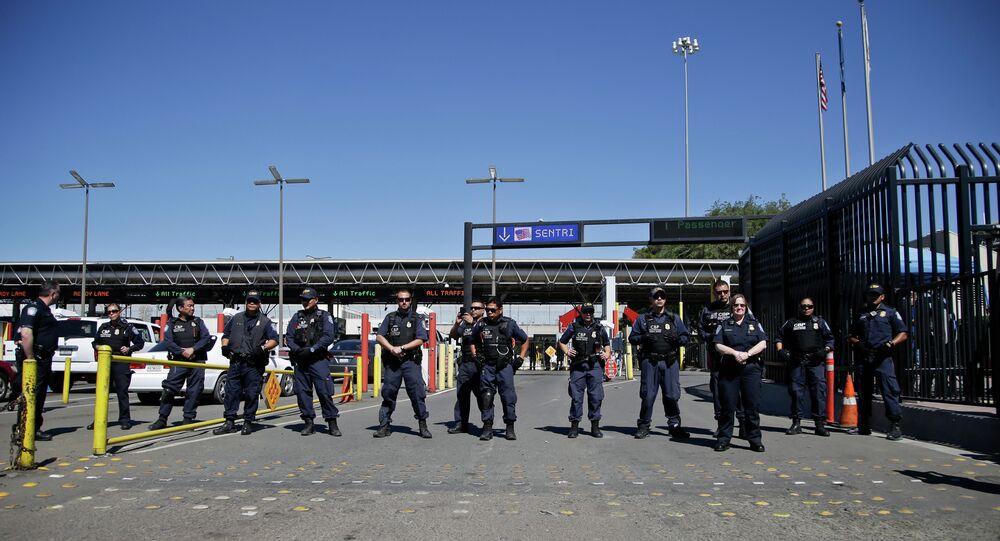 In recent months, the Trump administration has issued rules to deny permanent residency to immigrants in the US who are deemed likely to be reliant on welfare or unable to prove that they will be able to cover medical costs while in the country, but both rules have been blocked by federal judges in recent weeks.

The Trump administration on Friday proposed hiking a range of fees for those pursuing legal immigration and citizenship, as well as introducing a charge for those fleeing persecution for seeking protection in the United States, reported The New York Times.

The rule, to be published on 14 November accompanied by a month-long comment period, would increase citizenship fees by more than 60 per cent, to $1,170 from $725, for most applicants.

In a first, the government would also begin charging asylum seekers $50 for applications and $490 for work permits, a move that would make the United States one of four countries besides Iran, Fiji, and Australia, to charge people for asylum.

This would also increase renewal fees for participants of the Deferred Action for Childhood Arrivals program, also known as DACA - a program that gives temporary protection to undocumented migrants who arrived in the US as children.

Kenneth T. Cuccinelli II, the acting director of United States Citizenship and Immigration Services, said in a statement that the proposed changes would alleviate an “overextended system,” allowing his agency to address an annual deficit of nearly $1.3 billion a year.

Cuccinelli has often said that the agency is strapped for resources as it tackles a backlog of more than one million cases in immigration court.

According to Dan Cadman, a fellow at the Centre for Immigration Studies and a retired INS/ICE official with thirty years of government experience, the US Citizenship and Immigration Services is self-funding.

Accordingly, it is expected to gain all revenues, even including for the salaries of its officers and clerical and technical employees, from the fees it charges.

“This requires adjustments from time to time in the amount that the agency must charge for each benefit sought, because even though those employees are paid out of a fee account, like all other federal employees, they are promoted, given cost of living adjustments, etc,” says Cadman.

The former immigration official pointed out that considering how the asylum program has ballooned in recent years to untold numbers, it is unsustainable for the agency to continue handling those requests without assessing fees.

Immigrants Should Not Expect Others to Pay for Their Applications

The proposed move has come under fire from Democrats and even former USCIS officials, who condemned the mulled asylum fee, with Rep. Ilhan Omar, D-Minn., who came to the US as a refugee from Somalia, vowing to fight the proposed introduction of the asylum fee.

People seeking asylum have to deal with enough challenges already. Tacking a fee on to their troubles would be cruel.

I will fight against this proposed policy and every single one that further harms people who are fleeing violence, abuse, and poverty. https://t.co/eJNP73labc

​Doug Rand, a founder of Boundless Immigration, a technology company in Seattle that helps immigrants obtain green cards and citizenship, lambasted the proposed move as “an unprecedented weaponization of government fees.”

However, Dan Cadman points out that many of the immigrants seem to find money to pay smugglers to help them “make the trek north and illegally across the US borders”. He says:

“And, while this is anecdotal, it is not lost on a lot of observers that when they have seen videoclips of the migrant caravans, many of the individuals are carrying and using smart phones. It seems reasonable that if they have the cash for smugglers and high tech gear, they should expect to pay for the applications that they file instead of expecting others to subsidize those costs.”

The fee hike comes as on 12 November the Supreme Court will hear a suite of cases challenging the Trump Administration’s decision to cancel DACA.

Plans to phase out were announced by the Trump administration on 5 September 2017, with the phase-out put on hold by several courts.

Current proposals tie in with a series of measures that the administration has put forward over the summer aimed at tightening guidance about whether immigrants who are deemed likely to be reliant on welfare, using government benefit programs like food stamps and subsidized housing, should be granted green cards.

Last month, the administration said it would deny visas to immigrants who cannot prove they will have health insurance or the ability to pay for medical costs once they become permanent residents of the United States.

Both rules have been blocked by federal judges in recent weeks as legal challenges play out.