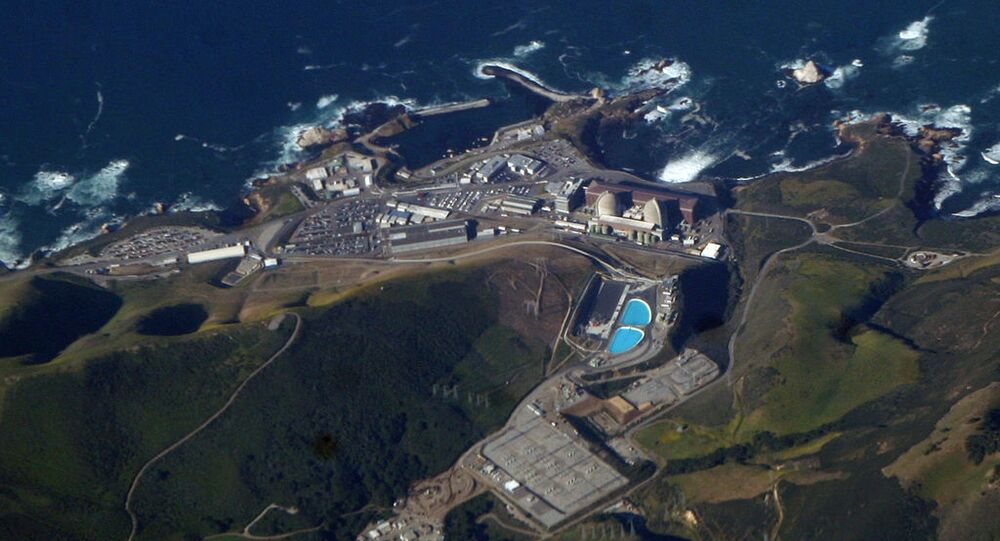 On 4 September, State assembly member Jordan Cunningham put forward a proposal to save California’s last nuclear power plant by proposing an amendment to the state constitution which would reclassify nuclear power as renewable energy. But the lawmaker's initiative faces several challenges.

The license of the Diablo Canyon Power Plant, a nuclear power station in San Luis Obispo County, California, that has safely operated since 1985 is due to expire in 2024. It is the state's last atomic plant after the San Onofre Nuclear Generating Station (SONGS) was permanently closed in 2013.

In June 2016, Pacific Gas & Electric (PG&E), the operator of the Diablo Canyon plant's two nuclear reactors, announced that it would dismantle the station in 2025 in accordance with 2015 state legislation which requires California to source 50% of its power from renewables by 2030.

The reactor provides about 9% of all the electricity generated in California and is located in Jordan Cunningham's 35th District. If Governor Gavin Newsom throws his weight behind the bill it could become law thereby prolonging Diablo Canyon's license to 2045 or even further, as Cunningham's office suggests.

Terminology Confusion: Why Nuclear Power Should be Named 'Renewable'

Weighing up the prospects of the initiative, Jeff Terry, a professor of physics at the Illinois Institute of Technology, says that "the idea behind the proposed amendment is correct."

"Nuclear energy is low carbon emission and will have to play an expanded role as we move away from a fossil fuel based energy economy", he explains. "I do not like the terminology of renewable energy. While the wind may be renewable, and I’m not sure how renewable it is to people downwind of a wind farm. The materials used to make the machines that harvest the wind are not renewable. We really should use more truthful and use terms like low emission rather than renewable."

The US Energy Information Administration (EIA) defines renewable energy as "energy from sources that are naturally replenishing but flow-limited". However, while renewables are "virtually inexhaustible in duration" they are "limited in the amount of energy that is available per unit of time." As of 2018, the US consumption of renewables accounted for 11% of all energy sources.

Jeremy Gordon, a nuclear communication expert, also believes that the term "renewable" used in the state's law may cause further confusion and overshadow the main goal – to shift to zero emissions and sustainable energy.

"It sounds strange to call nuclear power renewable, but it's a direct result of widespread confusion between the methods and the goals in cleaning up the world's energy system," he says. "As a low-carbon resource efficient energy source, nuclear gets us part of the way there - and it creates well paid long term jobs, too".

According to Gordon, "when legislation is framed around 'renewables' instead of 'low carbon' it will always be inefficient because it omits nuclear, which is a decisive tool in ending emissions."

Saurav Jha, author of The Upside Down Book of Nuclear Power and editor-in-chief of Delhi Defence Review, agrees that being a "zero-carbon resource" nuclear power in general suits the purpose of the state's lawmakers, even though it is not formally considered as renewable energy.

"Designating nuclear as an eligible renewable resource and not merely a zero-carbon resource could probably do more to attract investment into fourth generation plants that promise to be much safer and ‘cleaner’," he believes.

Five Obstacles on the Path of the Initiative

But the journalist outlines five reasons why the initiative may stall.

First, "while still functioning yet fully depreciated nuclear plants used to be seen as ‘cash cows’ once upon a time, Fukushima changed that," the journalist says, referring to the reactor meltdown in Fukushima, Japan in 2011.

Second, "with the shale gas revolution flooding US energy markets with cheap natural gas, the case to keep them around became virtually non-existent," Jha notes. "They simply could not have competed with gas-fired plants in increasingly deregulated power markets."

A Gallup poll of March 2016 found that for the first time since 1994 that a majority of Americans opposed nuclear energy. The shift in public perceptions of atomic power was associated with a plunge in gasoline prices and the shale gas boom that has gained pace over the past decade. According to the World Nuclear Association, the Diablo Canyon plant could be replaced largely by natural gas generation.

Third, the Diablo Canyon plant is located in a zone of appreciable seismic activity, says the journalist, suggesting that California regulators may demand costly safety upgrades if the plant were to continue in operation.

Fourth, California is "home to public groups who have very specific ideas about environmental sustainability", the author notes referring to a state's 1976 moratorium on new nuclear construction on new reactors until a solution to radioactive waste disposal. A few decades ago, in September 1981, about 2,000 were arrested during a ten-day blockade of the Diablo Canyon Power Plant.

Finally, Governor Newsom "has himself been a key advocate for shuttering the plant in the past", says Jha.

Cunningham's Amendment 'Has No Chance of Being Passed'

Cunningham's amendment therefore has little chance of success, although the dismantling of the nuclear plant may result in the doubling of the cost of kilowatt per hour, according to California grid operator PG&E’s preliminary estimates.

"I would say that it has no chance of being passed in California", Jeff Terry says, noting that "whenever you lose supply with similar demand prices are going to increase."

Jha echoes this view: "It is unlikely that Newsom will lend support to this particular amendment initiative from Cunningham which would need to be approved by a popular referendum."

"It will be strange if Newsom decides to expend political capital to support a last-ditch attempt originating from an opposition party member to save an old nuclear plant, whose relicensing and possible refurbishment could be a very expensive proposition indeed," Jha added.

In January 2018, the California Public Utilities Commission voted to accept PG&E’s request to decommission the Diablo Canyon nuclear power station. In September 2018, Senate Bill 1090 aimed at protecting the environment, workers, and local communities during the closure of plant was signed into law. The legislation envisaged a $350 million employee retention programme and an $85 million community impact mitigation programme. According to PG&E, the plant's decommission will be completed by 2039 and will cost about $3.8 billion.