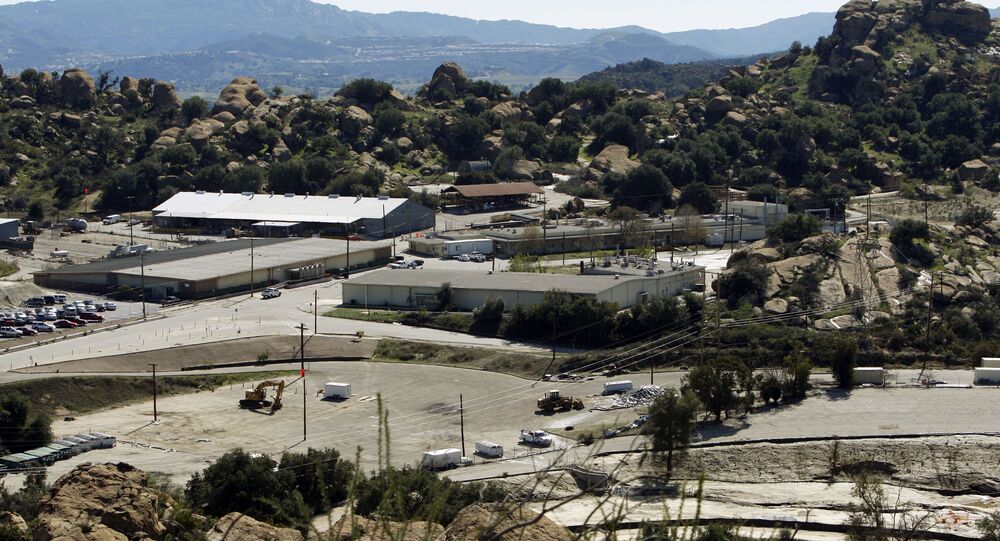 The Santa Susana Field Laboratory (SSFL), a complex of industrial research and development facilities located on a 2,668-acre portion of the Southern California Simi Hills in California, is contaminated with radionuclides and toxic chemicals, especially after the Woolsey Fire burned a part of the laboratory in November.

In 2010, the US Department of Energy and NASA agreed to clean up parts of the site within seven years. In 1959, an uncontained partial meltdown of a sodium reactor in the lab resulted in a radiation leak. However, the cleanup never took place, and now state officials are claiming that no radiation or other hazardous materials were released after the fire swept the area, even though residents are skeptical of the state officials' findings.

"We found out the Trump Department of Energy has decided to [renege] on its commitment to clean up a very badly contaminated radioactive site called Santa Susana Field Laboratory," Kamps told hosts John Kiriakou and Nicole Roussell.

"So, the Trump administration has [reneged] on a cleanup commitment [from] 2010, and now they are saying they are going to leave 98 percent of the contamination there, not cleaned up. Another element of the news is that the toxics agency in California has made a bogus report that nothing got out, no contamination escaped during the fire, which defies logic," Kamps added.

Following the Woolsey Fire, officials with the California Department of Toxic Substance Control (DTSC) said that there were no elevated levels of hazardous materials in the area.

"We confirmed that the SSFL facilities that previously handled radioactive and hazardous materials were not affected by the fire," the officials said in a statement, the Los Angeles Daily News reported. "Over the weekend our multi-agency team took measurements of radiation and hazardous compounds, both on the site and in the surrounding community. The results from this initial round of testing showed no radiation levels above background levels and no elevated levels of hazardous compounds other than those normally present after a wildfire."

Melissa Bumstead, a West Hills resident, has created a petition on Change.org to demand the state clean up the area. Her daughter, who lives within a 20-mile radius of the lab, has survived leukemia twice.

"When my daughter Grace Ellen was diagnosed with a very rare form of cancer, at age four, I thought that our family had the worst, most devastating luck. But after spending months in the hospital with her, we learned that she was one of over 50 children who may have been poisoned by one of the worst nuclear meltdowns in America," the petition states.

"Sign to demand that incoming governor Gavin Newsom push the Department of Toxic Substances Control (DTSC) to completely clean the Santa Susana Field Lab and prevent any more children from getting cancer," the petition adds.

Fairewinds, a nonprofit organization dedicated to educating the public about nuclear power and other energy issues — according to its website — has had 100 samples of dust and soil near the site sent to it from environmental organizations and concerned residents following the fire.

"There is a tremendous amount of the radioactive waste in the community," Maggie Gundersen, the founder of Fairewinds, said. "Many people are concerned, and they have the right to be concerned."

"This contamination has been there for that long, and the really bad news is that 500,000 local residents are exposed to this contamination. So it's been going on forever, and now the Trump administration wants to walk away from this site," Kamps told Sputnik.