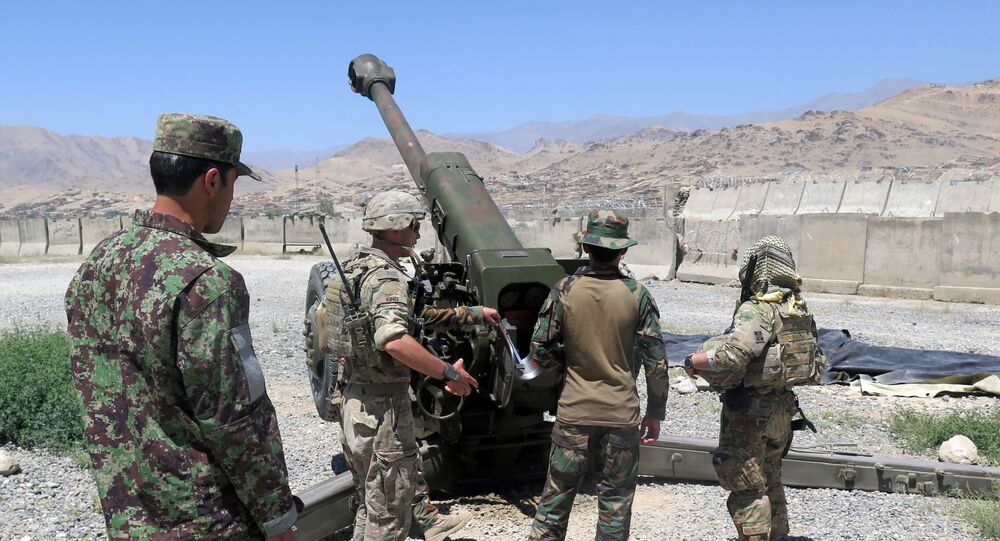 Recent reports on Afghanistan claim the US and Taliban officials have drafted a peace deal that now requires the approval of US President Donald Trump. However, between the Taliban’s recent strike and claims the White House is bolstering the CIA presence in the region, hopes for peace may not quite be on the horizon.

On Tuesday, Sputnik reported that a US spokesman for Special Envoy for Afghanistan Reconciliation Zalmay Khalilzad told reporters that "for us, a meaningful peace or a path to a meaningful peace is the end of violence and direct negotiation with the Taliban.”

The draft agreement would call for the withdrawal of 5,000 US troops from five bases in Afghanistan over a five-month period and prohibit the Taliban from allowing militants to use Afghanistan to wage attacks against the US and its allies - the war’s casus belli back in October 2001.

In addition to a New York Times report that claimed White House advisers have voiced their interest in deploying CIA-backed troops in the region, Afghanistan’s Green Village in Kabul, an area that houses foreign troops, aid agencies and international organizations, was struck by the Taliban on Monday in an attack that claimed at least 16 lives and injured dozens more.

Brian Terrell, a long time peace activist and a co-coordinator of Voices for Creative Nonviolence, joined Radio Sputnik’s Loud and Clear to discuss the so-called peace agreement with the Taliban and provide thoughts on what may actually be in store for the US as it approaches the 18th anniversary of the invasion of Afghanistan.

“It’s kind of a misnomer to be calling it a peace agreement. It’s at least premature,” Terrell told hosts Brian Becker and John Kiriakou. “They’re rewriting the rules of engagement. It’s not simply ironic that in these last months the violence has escalated.”

Terrell explained that since the Trump administration began a “gloves off” way of dealing with the conflict in Afghanistan, violence has increased in the region, and the US has accounted for more than half of the civilian deaths in the area.

Furthermore, since the escalation, the Taliban has actually regained more control over territory in Afghanistan.

“One real concern for me is that any counterterrorism efforts by the United States are still going to be allowed from the 2001 Authorization for the Use of [Military] Force [Against Terrorists] (AUMF),” Terrell said. “We’ve seen how broadly applied that’s been.”

The AUMF, a post-9/11 measure, gives the US president complete authority to use all "necessary and appropriate force" from the country’s armed forces to attack any “associated forces” responsible for the September 11, 2001, attacks on the United States. The first target of the authorization was the Taliban itself, which at the time ruled Afghanistan. US forces invaded the country just a month later, throwing the Taliban from power.

Though the sweeping power of the authorization was initially only opposed by Representative Barbara Lee (D-CA), it now faces bipartisan opposition from many members of Congress who believe it should be updated.

“Usually there’s a ceasefire and then an agreement made,” Terrell pointed out. “[US Secretary of State] Mike Pompeo is assuring us that the US is not seeking to have any permanent bases in Afghanistan, but what does permanent mean if they’ve been there for 18 years?”

Kiriakou, who has visited Bagram Airbase multiple times, explained that in addition to having all the bells and whistles of a permanent airbase, the US military has also constructed a “world-class prison” on the base grounds that’s a “major high security penitentiary.”

“We’re not gonna just get up and walk away from something like that,” he added. Kiriakou also asserted that Khalilzad, whom he has known for 20 years, is “literally the last person on Earth” he’d expect to negotiate a peace agreement with the Taliban.

Terrell said that another limiting factor of any agreement is the fact that the Afghan government has been left out of the so-called peace process, and now “big shots meeting in Doha” are making deals and leaving out the people of Afghanistan while defense contractors continue to reap the benefits of an active weapons trade.

US Service Member Dies in Combat Operation in Afghanistan - NATO