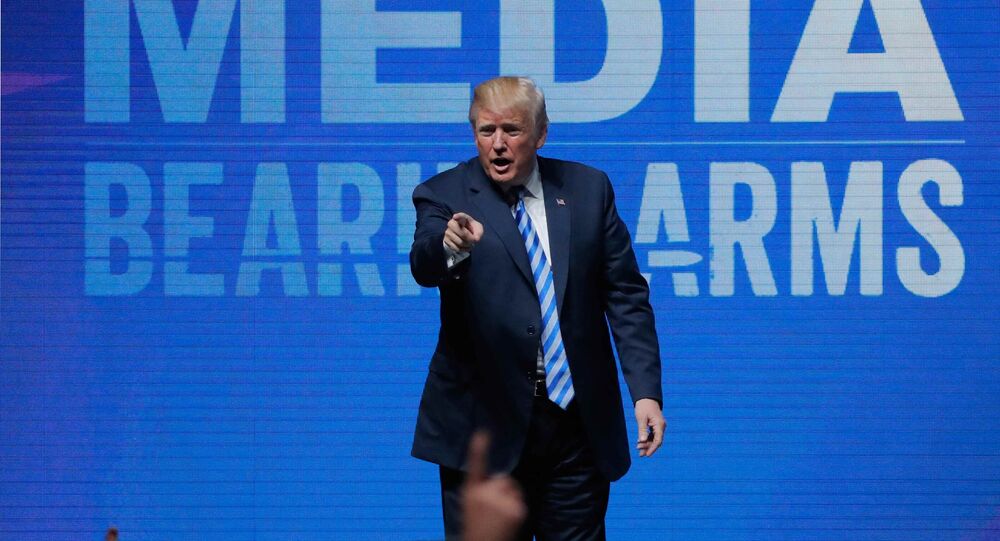 “We’ve seen this movie before,” Senate Minority Leader Chuck Schumer (D-NY) is quoted as saying Tuesday by the New York Times. “President Trump, feeling public pressure in the immediate aftermath of a horrible shooting, talks about doing something meaningful to address gun violence, but inevitably, he backtracks in response to pressure from the NRA [National Rifle Association] and the hard right.”

US law mandates that all people who try to buy firearms from federally licensed dealers undergo background checks first. However, federal law does not require such checks for sales at gun shows or other venues which are considered “private transactions.”

Universal background checks would require all firearms transactions in the US to go through the National Instant Criminal Background Check System, regardless of where they occur.

“I don’t see an issue with universal background checks; I have no problem with them,” Sabia told hosts Garland Nixon and Lee Stranahan on Tuesday.

“There are two things at play here. Yes, universal background checks I think are fine - but they wouldn’t have stopped anything in either one of these shootings, and they wouldn’t have stopped most mass shootings,” he said. “So, what it becomes is giving people a little kind of safety blanket. If you’re a reasonable gun owner and you’re not a criminal, you should have no problem with universal background checks, in my opinion.”

Another gun control measure that has been discussed in the wake of recent shootings is the passing of “red flag” laws. Under such statutes, police or family members can petition a state court to take away guns from people who may pose a danger to the public or themselves, but who have not yet committed a crime.

“This is what I’ve noticed about liberals [and progressives] throughout time – no offense to any liberals [or progressives] listening. Things always start somewhere that sounds reasonable and good. It’s the slope that comes afterwards … That’s my concern,” Sabia said, expressing concern that red flag laws could see one’s gun purchases limited by persons unknown to the buyer.