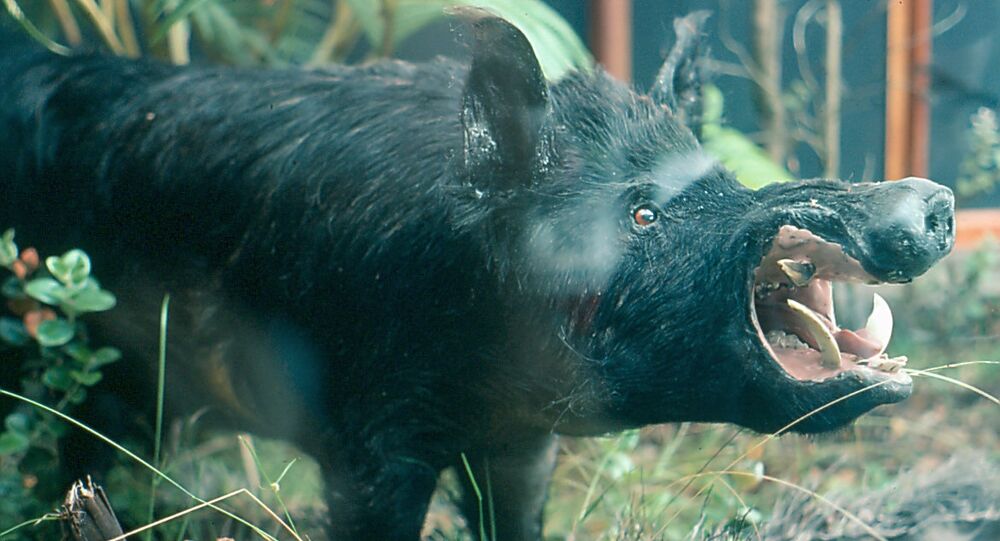 When one social media user argued that people don’t need to own assault weaponry, another netizen inquired how else one could deal with a bunch of feral hogs charging into a yard where small kids are playing.

The ongoing gun control debate in the United States, which was further fuelled by the two deadly mass shootings which rocked the country over weekend, has recently veered into meme territory online when one social media user brought forward a peculiar argument in defence of people’s right to own assault weapons.

The whole thing apparently started when the user, William McNabb, inquired how a rural American is supposed to deal with “30-50 feral hogs” charging into their yard “within 3-5 mins” where their “small kids play,” directing this question to a person who argued that “you know what an assault weapon is, and you know you don’t need one.”

Legit question for rural Americans - How do I kill the 30-50 feral hogs that run into my yard within 3-5 mins while my small kids play?

​And while one expert told the Guardian that large groups of feral hogs are “actually a huge problem” in rural parts of the South, McNabb’s tweet quickly elicited a barrage of mockery from amused netizens.

One social media user painted a scene of a hypothetical feral hog assault like something straight out of a movie about Vietnam War.

A smell of pig shit wafts on the breeze as I load the 5.56mm into my magazines. Claymores line forward positions, ready for those pink bastards come at me. As the sun goes down the oinking comes closer, trees rustling in the summer heat. A flare goes up, and my blood runs cold.

The pigs just keep on coming as I am forced to use my bayonet on the slippery hams. Little Suzy is hit and dragged off as Johnny calls a broken arrow, Huey's rain rocket fire all around us as A-4s drop 500lb bombs. I don't know how long we fought, but it seemed like an eternity.

​Others just made fun of the image evoked by McNabb’s words.

when the libs take all our guns pic.twitter.com/ObaWFRGIM7

Bill, on the left of the screen when you start is a slingshot. You pull that back with your finger to launch the birds into the structures around the feral hogs. Do it right and all the feral hogs will pop. DO NOT use an assault weapon. It will destroy your iPhone. pic.twitter.com/CM9iNJs0i1

My small children playing in my rural American backyard for 3-5 minutes:

And yet others offered McNabb some advice on how to deal with a possible hog problem.

Legit question for you. Are you going to leave the children outside while you run inside to get your assault rifle? I live in Arkansas and actually had a hog problem last year and didn’t have to use an assault rifle once. Need tips??

Less than 24 hours later, a gunman killed nine people and wounded 27 others in a separate shooting in Dayton, Ohio.