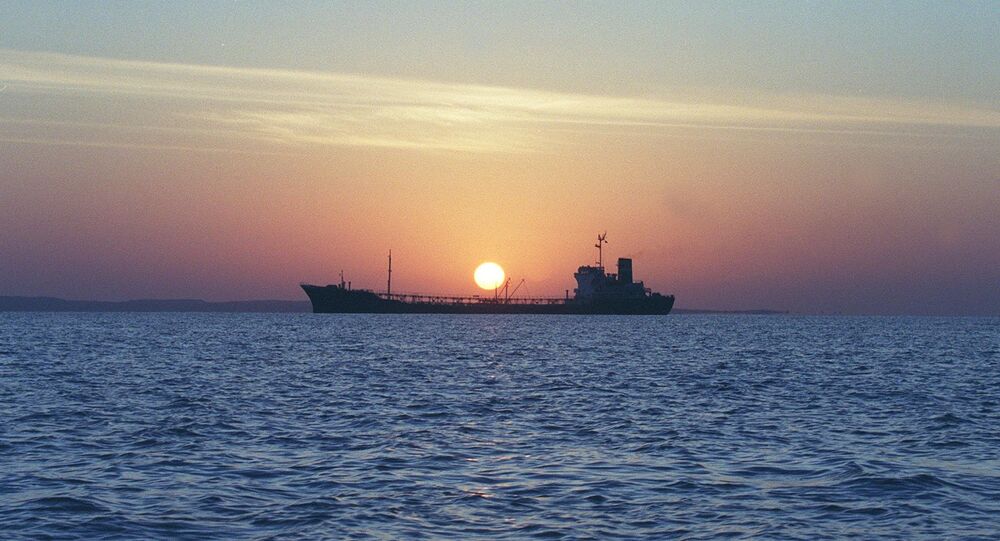 While All Sides Decry War Possibility, US Has ‘Set Up’ Persian Gulf Region For One

The US continues to “strangle” Iran’s economy by imposing sanctions on Tehran as well as other countries that attempt to trade with Iran, Medea Benjamin, co-founder of the peace group Code Pink, told Radio Sputnik’s Loud & Clear Friday.

“The policy is really the economic strangulation that has been so devastating and that, as the Iranian Foreign Minister [Mohammad Javad Zarif] keeps reiterating, is a form of warfare, and it is killing people,” Benjamin told host John Kiriakou.

Tensions between Iran and the US have been running high since Washington withdrew from the 2015 Joint Comprehensive Plan of Action nuclear deal on May 8, 2018. Since then, the Trump administration has beefed up pressure on Tehran, reinstating previous sanctions and imposing tougher new ones. Just last month, the US sanctioned two Iraqi nationals, as well as the South Wealth Resources Company in Baghdad, because of their links to Iran's Revolutionary Guard, Sputnik reported.

“Even bigger than that, if Iran is not able to sell oil, the Iranian government has to lash back in some way to say: ‘this is unacceptable. You are crippling our economy, and we are not just going to stand by and let this happen,’” the activist noted.

“So, that is the US policy: to cripple the Iranian economy and hope that it leads to some kind of uprising. On the other hand, you have [US President] Donald Trump saying he doesn't want to go to war, and let me tell you: I am in the halls of Congress, I am here right now, and nobody seems to want to go to war. [But] the way things are set up, both in the Strait of Hormuz and in the whole region, they [the Trump administration] are ready for a war, and an incident is going to happen. We see it now; every week there’s something happening,” Benjamin said.

On Thursday, Trump declared that the US Navy had shot down an Iranian drone that came within 1,000 yards of the USS Boxer amphibious assault ship. The Iranian government, however, has denied the charge, claiming that the US may have accidentally shot down its own drone.

"We have not lost any drone in the Strait of Hormuz nor anywhere else. I am worried that USS Boxer has shot down their own UAS [Unmanned Aerial System] by mistake!," Iran's Deputy Foreign Minister Abbas Araghchi tweeted Friday.

“Who knows if they [the US shot down their own drone?]” Benjamin said. “Maybe that’s the macho tic-for-tac this week? What’s it going to be next week? It’s very dangerous, very scary,” she added.

The Instrument in Support of Trade Exchanges (INSTEX) was set up by the EU to facilitate trade between European companies and Tehran in the face of US sanctions earlier this year, but Iran has consistently slammed the mechanism as insufficient in its current form. EU member states have argued that INSTEX will initially deal with food and medicine, while the Islamic Republic has sought for oil trade to be included.

However, according to Benjamin, this supposed method of avoiding US sanctions hasn’t stopped the US from sanctioning European businesses that deal with Iran.

“They’ve [the US] already taken actions against hundreds of businesses. The [US] Office of Foreign Assets Control has already sanctioned [many businesses]; they brag about all the hundreds of businesses that have already been fined. Major deals have been cut off because the US government has forced companies in all other countries to say, ‘You can’t deal with Iran.’”

“China is a big enough country, they can get away with it, but there are not a lot of countries that are willing to go up against the US for relatively small business that they are doing Iran. The Europeans have sounded a good note, and they have done almost nothing, and the Iranian government is just beside itself at this point, saying, ‘How long are we going to wait while the Europeans stay in the deal?’ I don't think Europe has done nearly what it could be doing or what it should be doing to allow their businesses to trade despite US sanctions,” Benjamin noted.