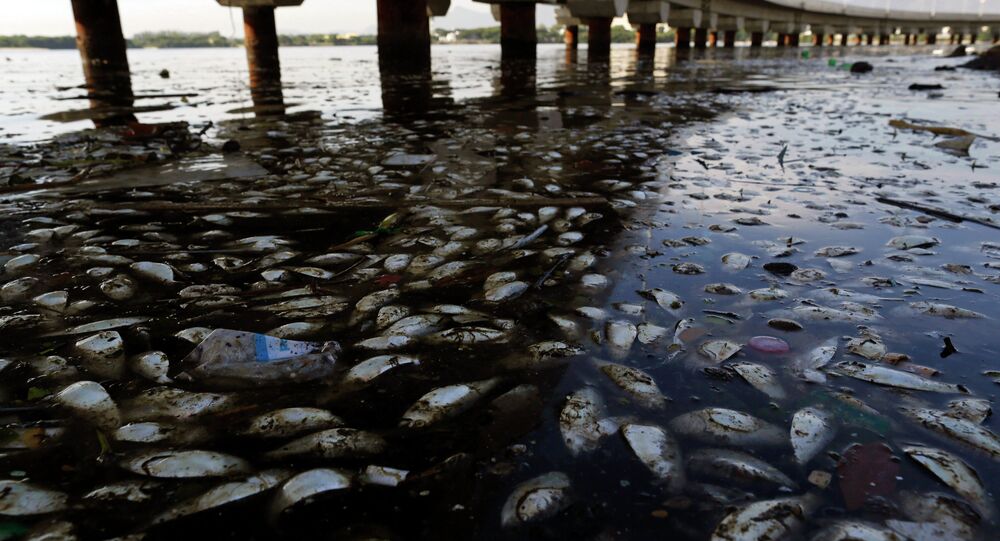 ‘Opportunity to Take Action’: Climate Change May Bring 17% Loss of Sea Life by 2100

By 2100, the biomass of life within Earth’s oceans will drop by approximately one-sixth of its current level if climate change continues to persist, according to an international team of marine biologists. However, one co-author of the study tells Radio Sputnik there is still time to combat global warming.

On Tuesday, the Proceedings of the National Academy of Sciences published a study highlighting the continual ramifications of climate change on the world’s oceans.

The team’s research found that Earth’s current greenhouse gas emissions will lead to a 17% loss of biomass within the ocean by 2100 if nothing is done to limit the world’s excess carbon pollution.

“Lots of people do not realize we are really connected to the ocean,” the study’s co-author and University of British Columbia professor William Cheung told Loud & Clear hosts John Kiriakou and Brian Becker on Wednesday.

“Marine life and oceans are really facing multiple threats from human activity. We know that historically, fishing, and particularly overfishing, has been driving down largely the abundance of marine life over the world. And in this study we highlight that on top of that, climate change is really adding to this impact.”

In addition to the threats fish face at the hands of humans, Kiriakou questioned what would become of coral reefs in areas such as the Persian Gulf, which are dying at an alarming rate. The decline has prompted many areas to ban tourists or take other action to preserve the habitats and promote the reefs’ recovery.

Cheung noted that coral reefs “are really sensitive to temperature, and that’s why we are seeing lots of these coral bleaching events now in many areas such as the Great Barrier Reef,” off the east coast of Australia.

According to the US National Oceanic and Atmospheric Administration (NOAA), coral bleaching occurs when a rise in temperature “stresses” the coral, causing algae, which gives coral both its color and food, to leave the organism’s tissue. Given that coral and algae have a symbiotic relationship, the bleached coral is left with few nutrients, making it susceptible to disease.

With many marine organisms dependent on coral as a habitat, nursery or even food source, Cheung says bleaching is accelerating the decline in fish populations.

In addition to gaseous pollutants, plastic is another factor in the degradation of ocean life. In the last month, Malaysia has pledged to ship 450 tons of plastic waste back to their countries of origin, while a study on Australia’s Cocos Islands found 238 tons of waste on 27 isles.

Nevertheless, Cheung remains hopeful that “we still have a window of opportunity to take actions” if “we commit to a low-emission pathway that is similar to the level that is agreed by different countries in the [2015] Paris Agreement. That means limiting global warming to 1.5 degrees Celsius.”

According to the study’s findings, reducing carbon emissions could lower the projected 17% decline in marine biomass to as little as 5%.

Cheung also asserts that while supporting government calls for action is important, individuals and their households must also make lifestyle changes in terms of both waste management and emissions.