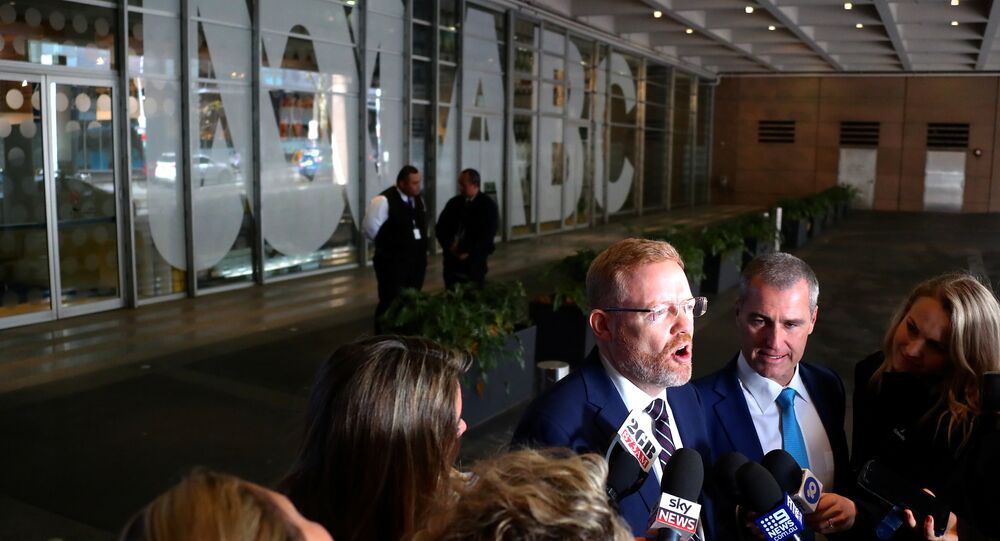 On Wednesday, the Australian Federal Police appeared at the Sydney headquarters of the Australian Broadcasting Corporation seeking classified documents relating to Australian military misconduct in Afghanistan. This move sparked international concern among journalists and those in favor of a free press.

"I think we are seeing this slow-rolling precedent of attacks on the press in countries, including democracies, around the world where it seems something like this could be more plausible given the tenor of the times," Tim Karr, the senior director of strategy and communications at Free Press, told Radio Sputnik's Loud and Clear on Wednesday.

"That's not to say that it is correct or the right thing to do by any stretch of the imagination, just more plausible," he said.

The warrants, which named ABC News Director Gavin Morris and investigative reporters Dan Oakes and Sam Clark, related to the broadcaster's 2017 series "The Afghan Files." The investigative series, according to ABC, included information on "incidents of troops killing unarmed men and children."

"The Afghan Files" specified that "hundreds of pages of secret defense force documents" obtained through leaks were used to source its reporting on alleged war crimes.

"I think we have to recognize that what is more dangerous to the safety of our soldiers is those rare instances — and they are rare — where they commit war crimes. And there needs to be accountability," Karr told hosts Brian Becker and John Kiriakou.

This raid comes around the same time WikiLeaks founder Julian Assange and California freelance journalist Bryan Carmody are making headlines for receiving punishment and intimidation or having their privacy invaded by law enforcement.

"We saw in recent weeks that the San Francisco Police Department raided the home of a journalist in San Francisco whom they believed had access to information about his sources. They subsequently backed away from that raid, but within the context of things that have been going on around the country and around the world, and in the context of things that some of the most powerful leaders in the world have been saying about news media, this unfortunately seems more plausible," Karr pointed out.

"One of the most sensitive pieces of material released — that was by WikiLeaks in the instances that Assange and Chelsea Manning are tied to — was footage of US forces firing upon journalists who they apparently mistook for enemy soldiers on the ground," Karr noted. "So there are these instances where our soldiers cross the lines, and they commit crimes against humanity — international war crimes — where we do need accountability."

Kiriakou stated that while living in countries that are supposedly governed under the rule of law and uphold human rights, one would assume an individual calling out a verified war crime would be celebrated.

Instead, Kiriakou noted, the opposite is happening worldwide.

"Unfortunately, we have here in the United States a number of workarounds for authorities. The Espionage Act itself, which is what they're using in their efforts to go after Julian Assange, is a piece of legislation that was written in 1917 in a World War I context, intended to go after spies," Karr added.

"But the language of that legislation is so vague as to be misinterpreted in ways that would allow them to go after journalists, to go after whistleblowers, in ways that really have nothing to do with espionage."

Karr also noted that in order to maintain a free press and not encourage the suppression of reporting — particularly concerning crimes against humanity — there needs to be concrete and clear action.

"We need to not only look at these individual cases of where journalists' homes are being raided and where whistleblowers are being prosecuted, but also at the legislation that's being applied in these cases, and to ask ourselves whether or not it needs to be overhauled in ways that bring something like the 1917 Espionage Act up to date in 2019."