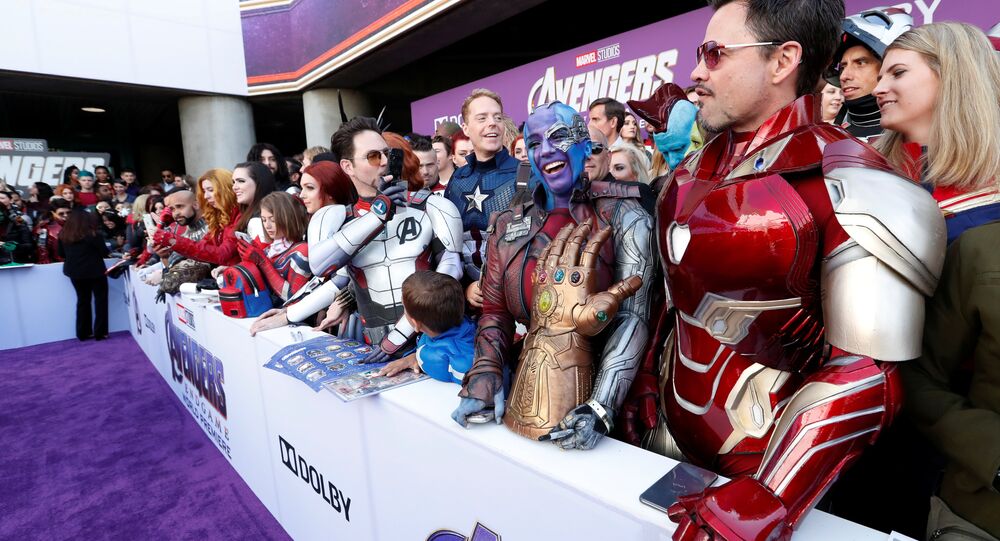 The total cost of the Chandrayaan 2 mission is about $124 million, which includes a $31 million price tag for the launch and $93 million for the satellite. The cost is less than half the budget of the Hollywood blockbuster Avengers Endgame, which had an estimated budget of $356 million.

The Indian Space Research Organisation (ISRO) has started to offer details about its most ambitious space mission to date, Chandrayaan 2, in bits and pieces, indicating that the agency is known for cost-effective launches among satellite-makers and may not delay the second lunar mission any further.

ISRO has announced that all the modules are being prepared for the launch of Chandrayaan-2 during the window of 9 July to July 16, 2019, with an expected Moon landing on 6 September 2019.

The Chandrayaan-2 mission is a sequel to the successful Chandrayaan-1 mission, that assisted in confirming the presence of water on the moon in 2009.

So far, only Russia, the US, and China have undertaken the 384,600 km (239,000 mile) journey and landed spacecraft on the moon. Earlier this year, Israel made an unsuccessful attempt to join the elite club, but its mission failed.

© AP Photo / Aijaz Rahi
India’s Second Lunar Mission to Carry Payload from NASA
Chandrayaan-2 will launch from the Satish Dhawan Space Center in Sriharikota, a barrier island off the Bay of Bengal coast in the Indian state of Andhra Pradesh, aboard a Geosynchronous Satellite Launch Vehicle (GSLV MK-III) rocket. Chandrayaan-2 has three modules: namely, Orbiter, Lander (Vikram) and Rover (Pragyan). The Orbiter and Lander modules will be interfaced mechanically and stacked together as an integrated module and accommodated inside the GSLV MK-III launch vehicle.

The Rover is housed inside the Lander. ISRO hopes to land modules near the south pole of the moon, below a latitude of 70 degrees, a location no other country has explored before. In the most complex mission ever undertaken by ISRO, it will deploy a rover on the lunar surface. After reaching a 100 km (62 mile) lunar orbit, the lander will softly land on the lunar surface and deploy a rover, while the orbiter will continue to orbit around the moon.

"After launch into Earth-bound orbit by GSLV MK-III, the integrated module will reach Moon orbit using the Orbiter propulsion module. Subsequently, Lander will separate from the Orbiter and soft land at the predetermined site, close to the lunar South Pole," ISRO said.

Chandrayaan —2 will carry 13 Indian Payloads (8 on orbiter, 3 on lander and two on Rover) and one passive experiment from the US space agency NASA. The payloads will collect scientific information on lunar topography, mineralogy, the abundance of elements, the lunar exosphere and signatures of hydroxyl and water-ice.

© AFP 2020 / ARUN SANKAR
Indian Launch Vehicle Debuts with Heaviest ComSat, Moon Mission Up Next
ISRO claimed that the mission is much more complex than NASA's Apollo mission, as the lander will have to land at a pre-determined site at very specific time; i.e. very soon after the sun rises on the Earth's natural satellite due to the six-wheeled rover, which is powered by solar energy. However, ISRO has yet to reveal how it has planned the landing time as the landing site is near the South Pole.

The rover will collect information for at least 14 Earth-days and cover an area with a 400-metre radius. The instruments on the rover will conduct the in-situ (on site) analysis of elements such as sodium, magnesium, aluminium, silicon, etc. and the distribution of water on the moon's surface.

ISRO emphasised that the mission will expand India's footprint in space. "The Moon is a perfect test bed for providing technologies required for future space exploration as well as in-situ resource utilisation," ISRO added.

Notably, the success rate for lunar landing missions is less than 50%, as 27 of the 47 lunar landings attempted have failed. ISRO has already tested a model of the small (25 kg) Chandrayaan-2 rover for lunar-gravity operations for months.

Earlier, ISRO had planned a 22,000 km orbit for a 3.2 tonne spacecraft. At a later stage, however, because of the increase in mass, the orbit was increased to 37,000 km. ISRO also had to redesign the lander, as it was found only last year that there was some problem in landing.

​Total Cost of the Mission

"This cost is almost half of $232 million, which would have been otherwise incurred if the same mission had to be launched from a foreign launching site," K. Sivan, ISRO chairman, had said last year during his discussion with India's Minister of State for Space Jitendra Singh in New Delhi.

Chandrayaan-2 was originally envisaged and approved by the Indian Government in September 2008 at a cost of approximately $92 million, excluding cost of GSLV rocket and Lander.

© Photo : pixabay
India's Second Moon Mission as Complex as NASA's Apollo Mission - Space Agency
Initially, ISRO had planned to partner with Russia to conduct the Chandrayaan-2 mission. The two countries signed an agreement in 2007 to launch the orbiter and lander in 2013. As per the tie-up, Russia was supposed to provide the lander for the mission, while India would develop the rover and orbiter. ISRO had its prototype ready for a 2013 launch but somehow the lander' delivery could not be expedited as required. Following the failure of the Russian-led interplanetary mission Phobos-Grunt, a sample return mission to Phobos (one of the moons of Mars), decisions were taken by the Russian space agency ROSCOSMOS to increase the reliability of their planetary missions. This would result in an increase in the mass of the moon lander.

In accordance with suggestions made by Indian scientists, ISRO decided to go it alone in the mission. Some reports stated that NASA and the European Space Agency were interested in participating, but ISRO proceeded with the mission on its own.

ISRO has distributed lots of work to private and state-owned units related to the mission. However, it hasn't revealed the work share as of now. State-owned Hindustan Aeronautics Limited supplied the Orbiter Craft Module structure, which is a 3-tonne category bus structure made out of a central composite cylinder, shear webs and deck panels.

ISRO launched its first moon mission, Chandrayaan-I, in October 2008. The mission had five payloads from India, three from Europe, two from the US, and one from Bulgaria. Although the mission was expected to last two years, it only lasted for roughly 10 months after the orbiter stopped communicating with the station in August 2009.