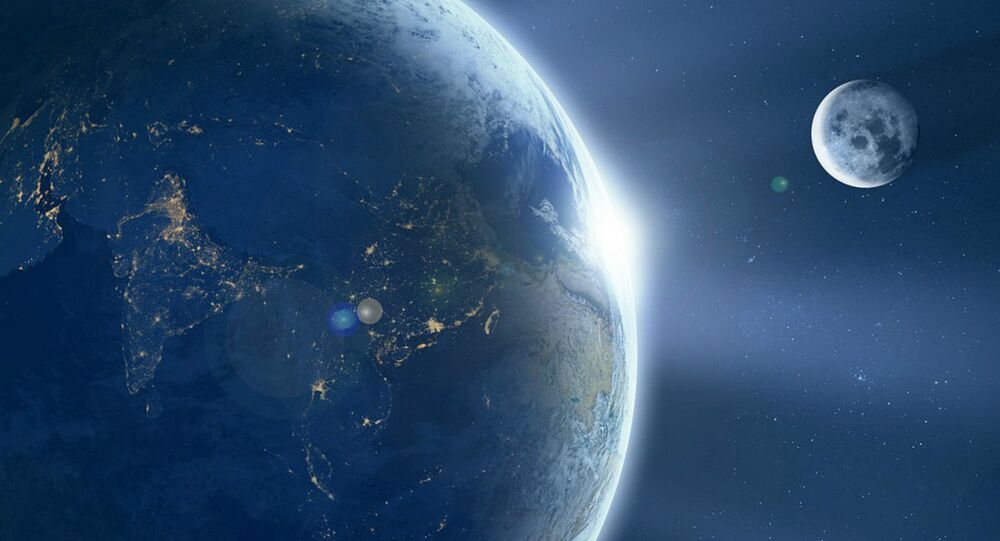 An implementation agreement for the collaborative mission is likely to be finalized within the next two months.

New Delhi (Sputnik) — The Indian Space Research Organisation (ISRO) and Japan Aerospace Exploration Agency (JAXA) are working on a joint lunar mission, which will be the third for both countries. According to ISRO Chief AS Kiran Kumar, the two space agencies have enhanced collaboration in the recent years.

"We are looking at a possible joint lunar mission which is still in a very preliminary stage. We are working on the details at the moment. The relationship between India and Japan in terms of the space agencies has had a visible change. We are working together for possible future cooperative missions," ISRO chairman AS Kiran Kumar said during the 24th Session of Asia Pacific Regional Space Agency Forum (APRSAF) held in the Indian city of Bangalore.

Experts view the collaboration as a positive development and don't think it is directed against any third country, in particular, China.

"Indo-Japanese space collaboration is a positive development as it helps both countries to channel their resources and technology. Both sides have something to offer to each other. The space program of both India and Japan is at a similar level. Also, the joint lunar mission should not be deemed as directed against any third country, particularly China, which is running an advanced space program. India's space mission is a civilian program and geared towards achieving the country's goals," Group Captain (Retd.) Ajey Lele, Senior Fellow, at the Institute for Defence Studies and Analyses told Sputnik.

© AP Photo / Aijaz Rahi
India’s Moon Mission on 2018 Target, Says ISRO Chief
Both India and Japan have conducted successful moon missions in the past. Japanese space agency's lunar orbiter spacecraft Selene had landed on the surface of the moon in 2009 after successfully orbiting the moon for a year and eight months. The country had launched its first ever lunar probe Hiten Spacecraft in the year 1990.

India, on the other hand, had launched its first lunar probe in 2008 through Chandrayaan-1 and currently, it is gearing up for its next lunar mission Chandrayaan-2, which is scheduled to take off in March 2018.