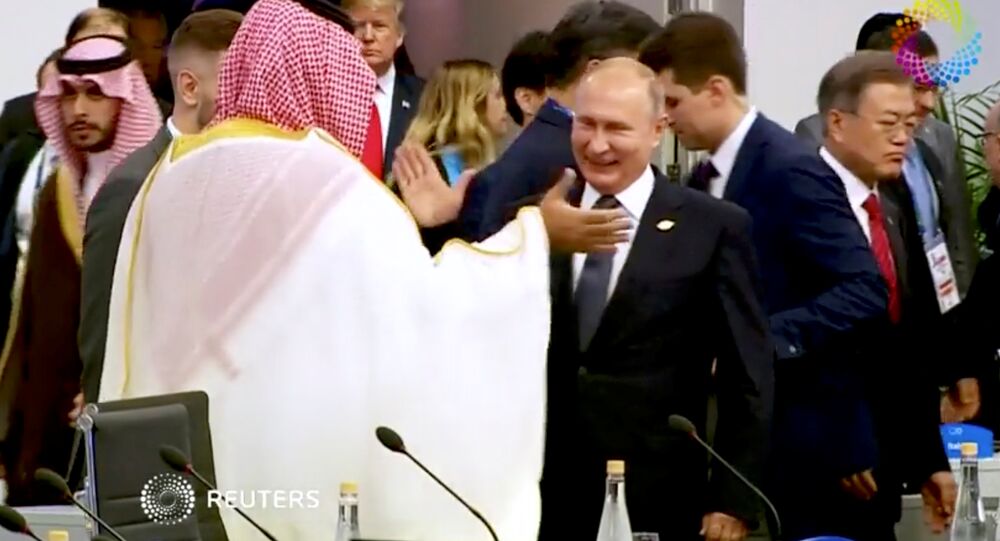 A House Oversight Committee February report has prompted US senators to seek whether White House officials had negotiated transferring sensitive nuclear technology to Saudi Arabia without congressional approval. Speaking to Sputnik, scholars have weighed up Riyadh's chances of implementing a nuclear programme.

Speaking to Sputnik, Dr Gal Luft, co-director of the Institute for the Analysis of Global Security (IAGS) noted that opponents of the purported plan "view it as a reckless move" that could lead to a "nuclear arms race in the world's most dangerous region".

"Furthermore, they claim that hydrocarbon rich countries do not really need nuclear power for their energy needs", Luft said. "The energy security argument is tenuous and designed to mask broader nuclear ambitions and regional rivalry considerations".

Currently, Saudi Arabia is seeking to build at least two nuclear power plants in the kingdom. However, American congressmen have voiced concerns over Saudi Crown Prince Mohammad bin Salman's CBS News interview in which he warned that Saudi Arabia would develop nuclear arms in case its Middle Eastern rival Iran did.

"As for Saudi Arabia, in terms of its energy demand it does not really need nuclear power", the scholar said. "It has large untapped natural gas reserves and great potential for solar energy. It is clear that its interest in nuclear power is derived from geopolitical rather than commercial reasons. The Saudis view nuclear reactors as prerequisite to becoming a regional power. But despite its uranium reserves and strong motivation to enter the nuclear club Saudi Arabia will not be a major player in global nuclear market".

He opined that the kingdom "lacks nuclear engineers, research facilities, and safeguards necessary for the creation of a safe environment for a nuclear industry to flourish".

'Saudis Can Go to Russians, Chinese or South Koreans'

However, according to Luft, "it is not clear that the US is in the most advantageous position to do the job".

© CC BY-SA 4.0 / B.alotaby / Riyadh Skyline
US Congressmen Reportedly Wary of Saudi Arabia's Nuclear Ambitions
"The US has long ago lost its market advantage in the nuclear space", the scholar said, adding that the US' "main nuclear workhorse, Westinghouse, was sold to the Japanese Toshiba in 2005 and filed Chapter 11 bankruptcy in 2017".

According to James Dorsey, journalist and senior fellow at the S. Rajaratnam School of International Studies, Saudi Arabia could clearly turn to other markets in case the US Congress restricts the transfer of nuclear technology to the kingdom.

"First of all, nuclear technology is available", the journalist said. "Some people argue that US technology is superior technology, that could very well be true, but fundamentally at the end of the day from the seller's point of view there are two options: one option is the seller does entail whether or not the buyer has an interest in developing a nuclear weapon, or the seller believes that even if there are no contractual restrictions that can be enforced, built into the contract, there's a degree of trust, that sort of guarantees".

Luft believes that "Congress is… likely to be extremely scrupulous in its scrutiny" of the reported project. The heated congressional debate over the Trump administration's alleged plan and possible actions to prevent Riyadh from receiving American nuclear power technology may influence US-Saudi relations, according to scholars.

"I think that's going to be a major factor", Dorsey suggested, adding that "so far there's no unequivocal indication".

"Sure you have the House report that came out recently, but Trump has not said he's willing to sell to the Saudis under whatever conditions", the journalist highlighted.

According to Joshua Landis, an American academic who specialises in the Middle East and the head of the Centre for Middle East Studies at the University of Oklahoma, noted that "especially under this administration, there are many people who are hoping to profit from the close relations between Saudi Arabia and the United States".

Israel 'Not Thrilled' About Idea of Nuclearisation of Middle East

Yet another issue is Israel's apparent reluctance to the development of nuclear technology in the Saudi kingdom, according to Luft.

"[It] is important to note that the nuclear cooperation is strictly in the field of civilian nuclear power and not in any way form a pathway to the development of nuclear arms", the scholar pointed out, adding that one should not rule out the possibility of a civilian programme ending with "a bomb in the basement".

"Israel has fought against this sort of development in the past. Israel was dead set against the sale of AWACS planes in the 1970s and 1980s to Saudi Arabia. And the preparations, once Iran became the Islamic Republic, the United States began to help Saudi Arabia build a very sophisticated military infrastructure", Landis recalled, adding that Tel Aviv had "lobbied against that because they were worried that if the United States built up Saudi Arabia as a major military power that it could backfire on Israel".