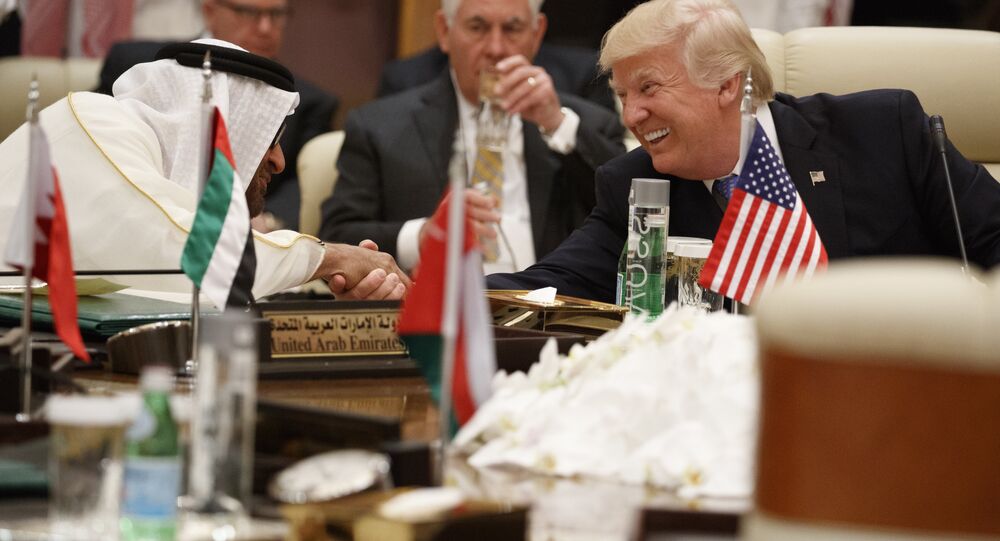 WASHINGTON (Sputnik) - The Government Accountability Office (GAO) should investigate the Trump administration's negotiations with Saudi Arabia over a civil nuclear agreement that may possibly violate federal law, US Senators Bob Menendez and Marco Rubio said in a letter to Comptroller General Gene Dodaro.

"We request that GAO conduct an urgent review of [the Department of Energy's] interactions with Saudi Arabia regarding nuclear cooperation, how it has coordinated with or involved other relevant agencies, particularly the State Department, and the specific initiatives or proposals for nuclear cooperation that have been presented or discussed in those interactions," the letter said.

Menendez and Rubio said that member of the Senate Foreign Relations Committee have raised concerns about the "very opaque manner" in which the negotiations are happening and that Congress has not been fully updated on the status of any discussions.

The senators point to the Atomic Energy Act (AEA) of 1954, which outlines the process for nuclear cooperation between the United States and other countries. According to the AEA, the president is required to submit the text of the agreement and a nuclear proliferation assessment statement to Congress before any agreement can come into effect.

"[Committee] members would want to be assured that any agreement includes rigorous nonproliferation safeguards and other conditions to prevent nuclear cooperation with Saudi Arabia from undermining or threatening regional or international security," the senators said.

© AP Photo / Iranian Presidency Office
Saudi Arabia Plans to Slash Oil Exports to US – Reports
This comes after on Thursday, US Deputy Secretary of Energy Dan Brouillette told reporters in Houston that discussions between the United States and Saudi Arabia on a nuclear agreement continue, however, the ball is currently in Riyadh's court now.

Riyadh, which is seeking to expand its energy portfolio, has been in talks with Washington over a bilateral nuclear cooperation agreement that would allow Saudi Arabia to pursue its civilian nuclear projects.

However, after the murder of journalist Jamal Khashoggi in the Saudi consulate in Istanbul, Turkey, numerous US lawmakers have called on President Donald Trump to halt discussions with Saudi Arabia on a bilateral civil nuclear agreement.