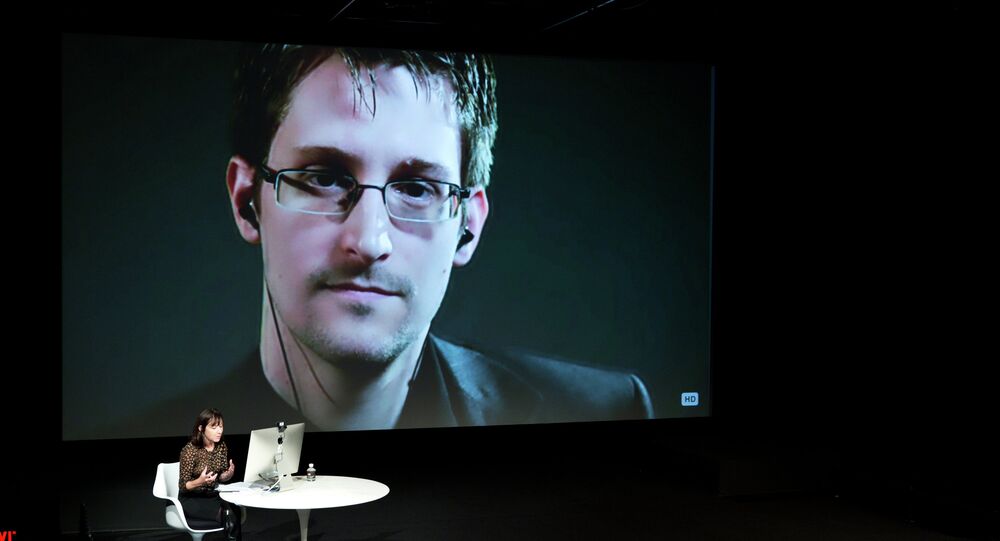 The Trump administration has made it clear to Berlin that if it did not bar Huawei Technologies Co. from building Germany's 5G next-generation mobile networks, Washington would limit the country's access to US intelligence. Speaking to Sputnik, Patrick Berger, a spokesman for Huawei's German branch, commented on the US' campaign against the firm.

On 11 March, The Wall Street Journal reported that US Ambassador to Germany Richard A. Grenell had written a letter to German Economy Minister Peter Altmaier, warning him about the potential negative consequences of using Huawei equipment.

However, German Chancellor Angela Merkel responded that Berlin would observe its own security standards.

"Security, particularly when it comes to the expansion of the 5G network, but also elsewhere in the digital area, is a very important concern for the German government, so we are defining our standards for ourselves," the chancellor emphasised.

It is not the first time Grenell has issued threats to the Germans: Previously, the ambassador urged German energy companies to abandon the Russia-led Nord Stream 2 gas pipeline project, claiming that it could violate EU energy security and independence.

'This is Not About Security, But US Business and Intelligence Interests'

"We don't believe that it's actually about security, but rather industrial and economic circles have interfered with the situation, as well as geopolitics, and, probably, the US government and intelligence's interests in intercepting communications," Patrick Berger, Huawei's Berlin office spokesman, told Sputnik Germany. "Due to Edward Snowden's disclosures, we know that American intelligence services are very active in this field."

© AP Photo / Mark Schiefelbein, File
Germany Warns Huawei's Exclusion From 5G Network to Backfire Amid US Threat
Berger asserted that Huawei systems had no "back doors": "We do not give any information to the Chinese government, nor do we give any information to the US government or any government in the world. We make sure our technology is as secure as possible to protect the data of those who use the technology," the spokesperson underscored, suggesting that, perhaps, this very fact did not suit Washington's interests.

"The more Huawei gets involved in network development, the less opportunity [US] special services have," Berger said. "This is just a guess, but everything is pretty obvious."

According to the Huawei spokesman, the US has been campaigning against the company for almost a decade. Still, Washington has yet to present any credible evidence to back its claims that Huawei poses a security challenge, he said, dubbing Ambassador Grenell's recent letter to Altmaier a "concrete threat".

Huawei has recently found itself in the cross hairs of the Trump administration, which launched nothing short of a worldwide campaign against the Chinese telecom giant. A number of US allies have already announced that they would not use Huawei's 5G equipment in the core of their next-generation networks, citing security issues. In addition, in December 2019 Huawei Technologies executive Meng Wanzhou, the daughter of the company's founder, was arrested in Canada, at the behest of US law enforcement officials.

'Chinese Gov't Has Never Asked Us to Spy'

Referring to the Chinese law obliging the country's companies to cooperate with the government in Beijing, Berger explained that it had nothing to do with "penetrating" into internet networks, which is illegal. "The Chinese government has never asked us to participate in an illegal search for information abroad," he stressed.

© AP Photo / Mark Schiefelbein
US Warns Huawei ‘Embedding Itself’ Into Internet Undersea Cable Systems - Report
According to Berger, Huawei's Berlin office is a German company in the first place.

"We are a German company for which this law is not valid, because it applies only to Chinese companies," he elaborated. "However, the same is valid for the Chinese branches of German corporations. Under certain conditions, they will also be required to cooperate with the Chinese intelligence services. Similar laws exist in other countries as well."

The Huawei spokesman underlined that it is "definitely forbidden for the Chinese government to require us [Huawei] to embed something in our technology, which would let us spy on Germany or some other country in the world".

"The Chinese government, however, has repeatedly said this itself. And the only country that does not want to understand this is the United States," Berger said, reiterating that there is no evidence that Huawei has been ever involved in espionage on behalf of Beijing.

Security & Transparency are of Utmost Importance

Commenting on Berlin's February decision to tighten the law on the security standards for telecom equipment used in next-generation 5G networks, Berger emphasised the importance of cybersecurity.

© AP Photo / Andy Wong
Ex-German Chancellor Schroeder Slams US for 'Blatant Intimidation' Amid Huawei Rift
"Our competitors, for example, manufacture their products in China and use Chinese components," he said. "We also actively use American and European components. One should understand that one faces serious risks, especially when it comes to the global supply chains and pricing. Everywhere in the world, are engaged in development and production. So the safety of a technology depends not on its origin, but on certain specific circumstances."

The spokesperson elaborated that in order to bolster its transparency, the German office of Huawei "opened a laboratory in Bonn, where the German IT security authority, the Federal Office for Information Security (BSI), for example, can look at and test the source code of our products," stressing that the company was doing this on voluntary basis.

Berger highlighted that all the suppliers of communication equipment had to abide by strict rules, adding that no high-tech enterprise was immune to security failures.

He expressed hope that Huawei would take part in building Germany's 5G networks adding that he was confident that the company would meet all security criteria put forward by the German government.