Matthew Gordon-Banks, former Tory MP and research fellow with MOD, in our studio, shares his thoughts on Brexit chaos, explaining whether the country would leave the European Union with a deal.

Sputnik: Have you ever witnessed a government in such a state of disarray Matthew?

Matthew Gordon-Banks: Have I seen such a mess? Well I remember the Maastricht treaty when I was an MP — that was a very, very difficult parliament indeed and a much smaller number of MPs were causing trouble for John Major then (and some of them are still there like John Redwood, Bill Cash, and others) and Major decided to say ‘well put up or shut up' which is exactly the kind of thing that might happen if there were 48 signatures.

© REUTERS / Jon Nazca
Draft Brexit Deal 'Fair and Balanced' - EU's Barnier
Because let's be honest — Theresa May, ‘Lady Lock-tight' to me (as in the glue) — she isn't going anywhere — she will have to be dragged kicking and screaming out of Downing Street. I don't honestly think and I don't think I'm the only one — not many people if anybody could have done a better job. These are difficult times. I myself admit to being a unionist; I don't want to see the United Kingdom broken up; I don't want to see particular problems with Northern Ireland.

Sputnik: What's your personal opinion — should May resign?

Matthew Gordon-Banks: No I don't — because I think she's come back with the very best that she could get. I'm not frightened to say that I think David Davis her first Brexit secretary (indeed whether she should ever have set up that department in the first place and concentrated from the word go doing the job herself is another matter) but David was renowned for not turning up at meetings and Dominic Raab then claimed that he was resigning in spite of the fact that he had actually managed the process.

And again I think that having been in the cabinet for four months that was absolute nonsense. This is May's deal, she has had to change… we've heard of the box of papers from Chequers — this isn't Chequers — she's had to change and move on and what she's tried to do is avoid us falling off the cliff edge and having a hard Brexit in order to try to help businesses.

And on a personal note myself — so that listeners are clear the direction I've come from in my own thinking — I am particularly concerned at the result, particularly for the vulnerable — those people that are trying to get into work — and those that work in industries throughout Scotland and Northern England in particular that really do depend on what largely as we think of as the single market.

Sputnik: It's looking highly unlikely now that we're going to get a deal — that MPs are going to vote in the House of Commons for this deal — how problematic is it that we leave the EU with no deal?

Matthew Gordon-Banks: I really genuinely believe that is the worst of all worlds but I would, speaking with my academic hat on, like to balance in so far as there are many Brexiteers, and a lot of them are on the Conservative benches in parliament  and some of them are on the Labour benches in parliament and I won't go through the rest of the parties; but there are a lot of people that would regard being ejected from the EU as completely positive and there are of a mindset which…it's very much an ideology. 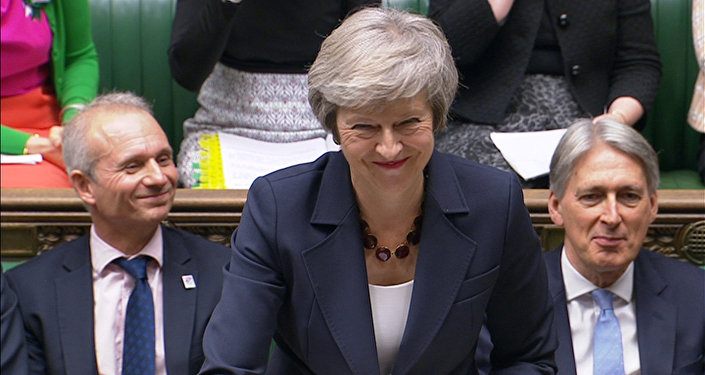 © REUTERS / Parbul TV
Hard Sell: Brexit Deal Will Help Young Britons Get Jobs, Training – May
They want out and they don't want to pay any money. But the difficulty is I'm not too sure where all these trade deals are because Dr Fox, the international trade secretary has not exactly been signing up an awful lot of trade deals in the last two years either.

Sputnik: Should we have a people's vote?

Matthew Gordon-Banks: Well funnily enough on social media I have been predicting for the last two years what I call a second referendum.

But I can see it happening in this scenario: that there may not necessarily be a majority in the House of Commons — the House of Lords is very different and is much more pro-remain — but I don't think there's a majority for almost anything in the House of Commons and almost anything can happen and I think typically nowadays, dare I suggest it, some MPs have less backbone than their political predecessors over the centuries if we look over a long period and I think they'll find any excuse to put it back to the country and I think that's exactly what will happen.

Sputnik: Lastly Matthew, you've just returned from a trip to Moscow, it's interesting to think how Britain's foreign policy will develop once it exits (potentially exits) the EU — how do you think UK-Russian relations should develop as it's been a particularly bad year for relations has it not?

Matthew Gordon-Banks: My own view is that relations with Russia started deteriorating particularly in 2010 when David Cameron became Prime Minister, and they did so largely because he was young, he listened to the intelligence services more than perhaps an older Prime Minister and he was also very close with Obama and we follow America. 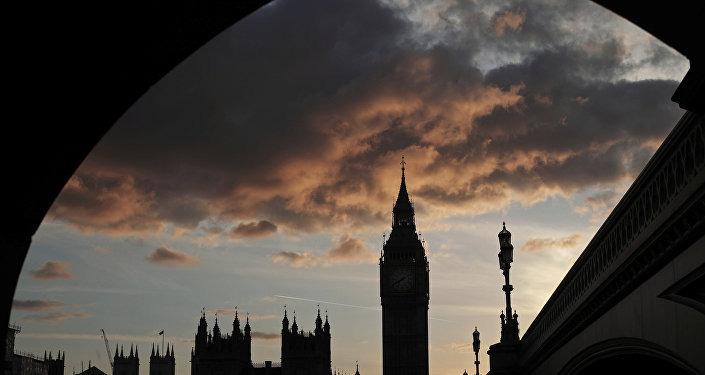 © AP Photo / Yui Mok
Knives Out for UK PM Theresa ‘No Alternative’ May as Brexit Wobbles - Report
Theresa May was scrapping all sorts of excellent English courses,  or any student numbers — anything that would get the immigration numbers down. And many of the problems we have today are as a result of decisions she made as the longest Home Secretary in years.

I think that it's very important that those of us that can speak up for greater dialogue and the Prime Minister did say in a recent speech at the Mansion House in relation to the EU that she wanted better relations with Russia but on her terms. She'll have to climb down a bit but I think she should go to Moscow just as President Trump has done.