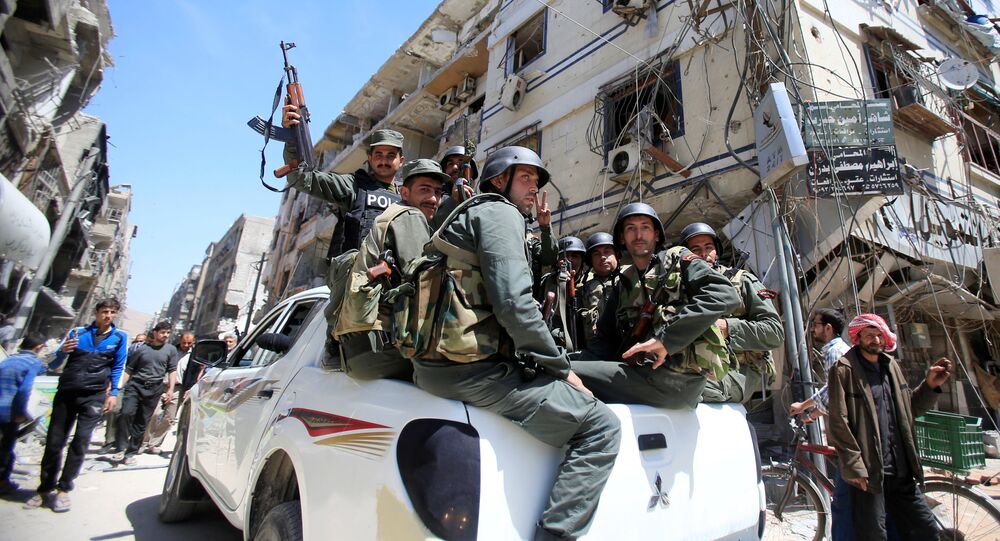 Sputnik: Following President Trump’s withdrawal from the nuclear deal, tensions in the between Israel and Iran have escalated to a new high, does this come as a surprise to you?

Dr. Ehud Eilam: No, it’s not a surprise at all. Actually it’s kind of two fronts, one between Israel and Iran. One has to do with the Iranian nuclear program where the United States is also involved. The other one is Syria. The Iranians have quite a presence in Syria; there the United States is less involved. It’s not really connected to what happened last night in Syria. In Syria there is an ongoing tension between Israel and Iran because Israel strongly opposes that Iran has any presence, let alone a military one in Syria.

Sputnik: Experts have been pointing to the fact that confrontation between Israel and Iran is likely to play out first and foremost in Syria. Do you think that is precisely the case?

Dr. Ehud Eilam: Of course Iran can strike Israel from Iran itself by using long range aircraft and mostly its missiles, like the Shahab fleet but Iran also has a very strong base in Lebanon, which is near Syria of course. There is the Hezbollah, a pro-Iranian organization that has up to 150,000 rockets and missiles, so if Iran wants to start a war with Israel in a way it’s better to do it from Lebanon.

But Iran doesn’t want to do it right now. Hezbollah also doesn’t want to get involved in that, because it paid a huge price in fighting in Syria for Iran. It all seems kind of complicated, but basically right now what happened is between Israel and Iran in Syria, it’s pretty limited mostly because Iranians don’t have a lot of force right now in Syria.

Israel sees Assad as responsible for whatever happens in Syria even is in areas where Assad doesn’t have much or even no control like near the Golan Heights; that area is under control of all kinds of armed groups. But Israel sees everything in Syria as under the responsibility of Assad, including what Iranians have been doing.

So Assad is kind of in the middle, because he needs the Iranian in order to fight its enemies, but it is also aware that Iranians have a problem for him because they want to dominate Syria and they want to use it as a firebase against Israel. He doesn’t want to get dragged into the war with Israel. So in a way he might even want Israel to strike the Iranians so the Iranians would be weaker in Syria so that way he will be more powerful.