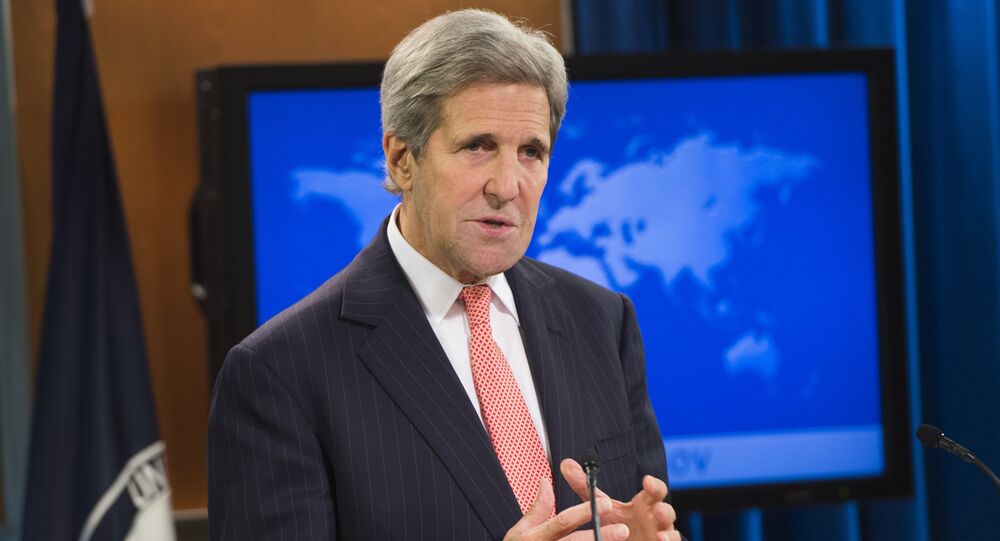 WASHINGTON (Sputnik) - President Donald Trump's move to leave the Joint Comprehensive Plan of Action (JCPOA) will pull the United States away from its European partners, former Secretary of States John Kerry said in a statement.

Kerry has also highlighted the importance of Europe's actions in response to Trump's decision. Kerry expressed hope the international community will do its best to preserve the nuclear deal.

The former official warned of Iran's reaction to the US move as Washington re-imposed highest level of economic sanctions on Tehran.

© AFP 2021 / Robyn BECK
'Today's Announcement Is So Misguided': Obama Slams Trump's Iran Deal Decision
Kerry and Trump had a heated argument over the Iran nuclear deal prior to the president's announcement. Trump accused the former secretary of state of using "shadow diplomacy" after reports about Kerry's alleged meetings with Iranians emerged in the news.

Kerry responded arguing he remained in contact with ex-counterparts just like every previous US top diplomat because he believes the Iran nuclear agreement must remain in effect.

On Tuesday, Trump addressed Kerry on Twitter and advised him to stay away from negotiations on the agreement.

The JCPOA, signed by Iran, the P5+1 and EU in 2015, requires Tehran to maintain a peaceful nuclear program in exchange for sanctions relief.