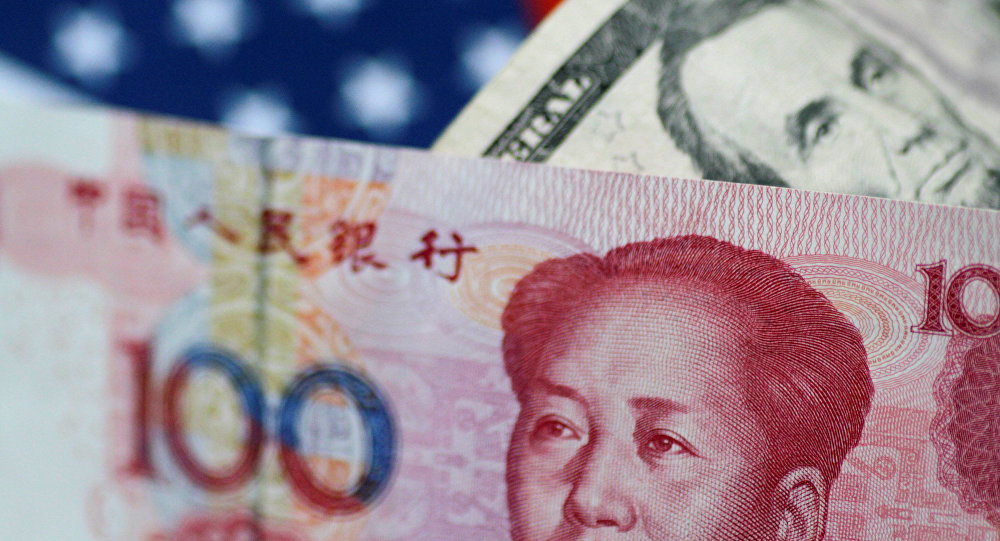 Commenting on the possibility of a trade war between China and the United States in an interview with Sputnik, Russian political analyst Alexander Salitsky said that Beijing will try to do its best to avoid such a war, which would further weaken the yuan's position.

In an interview with Sputnik, Liu Dongming, head of the Center for International Finance Studies of the Academy of Social Sciences of China, has predicted that the next few years will see the strengthening of the yuan's position.

"In the medium-term prospect, China will continue to reform its financial market and boost its openness. This will allow the yuan to quickly restore its initial position and even improve it," Liu noted.

He was echoed by Alexander Salitsky of the Moscow-based Institute of World Economy and International Relations, who has remained upbeat about the future of the yuan, pointing to "China's permanent readiness to expand the corridor of the yuan's convertibility."

At the same time, the anticipation of the consequences of a trade war between Washington and Beijing in the form of financial sanctions may tarnish this prospect, according to him.

"If those tariff restrictions on imports that were announced by the US enter force, China will be involved in a confrontation that it tries to avoid in every possible way. Beijing does not want to be dragged into this [trade] war, which may be launched by Americans in the near future. They are ready to pull the trigger," Salitsky pointed out.

Earlier, experts suggested that one of the goals of the US unleashing a trade war against China was to prevent the strengthening of the yuan's international position as a reserve currency.

© REUTERS / Hyungwon Kang
White House Explains How US Would Win Trade War With China
On March 8, US President Donald Trump imposed 10-percent and 25-percent tariffs on imported aluminum and steel, respectively. China imposed 10-25 percent in taxes on 128 categories of goods imported from the US as a reciprocal measure.

Beijing has repeatedly underscored that it doesn't want to wage a trade war with the US, but that it is ready to do so if needed. On April 9, the Chinese Foreign Ministry blamed the US for being solely responsible for trying to start the latest trade war between the two.

The views and opinions expressed by Liu Dongming and Alexander Salitsky are those of the analysts and do not necessarily reflect those of Sputnik.

US Treasury Secretary: There is Potential For US Trade War With China