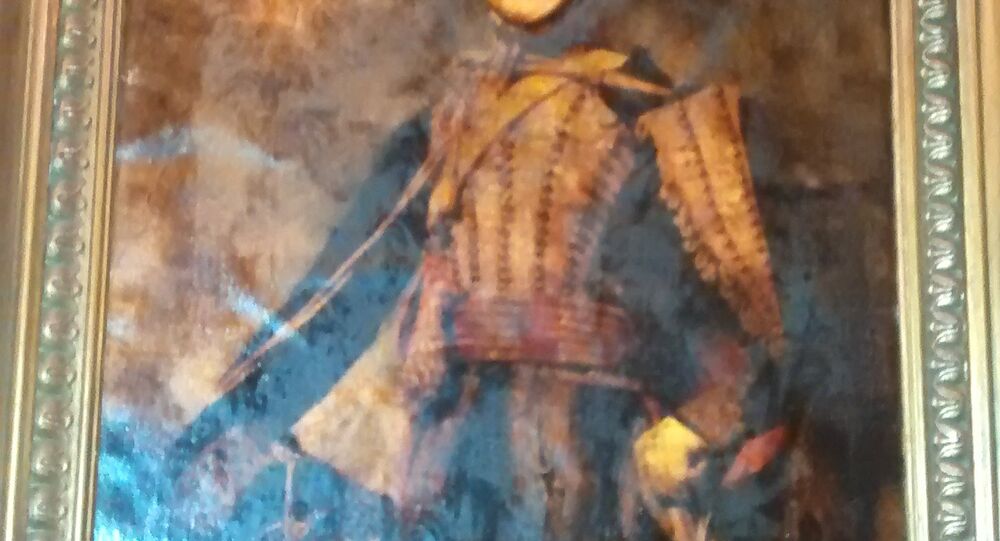 A prominent member of London’s Hungarian community has told Sputnik that bureaucratic hurdles and distance have made it harder for expatriates to have a say in their country’s future political make-up.

Hungarians are to go to the polls for the country's parliamentary elections on Sunday in what is expected to be another clear victory for the ruling coalition of the Fidesz and Christian Democratic Peoples Parties, giving Viktor Orban a mandate for a third consecutive term as Prime Minister.

Opinion polls have suggested however, that Mr. Orban, long one of the principal thorns in the side of the European Union, may not win by as large a margin he might have hoped for as the coalition's support appears to have dipped below 50 percent on the heels of a surge in support for the nationalist Jobbik opposition party and the Hungarian Socialist Party (MSZP). Most polling figures still put the ruling coalition ahead of the combined opposition and well above any of its individual rivals.

Throughout his term as Prime Minister, Orban has sought to attract the support of ethnic Hungarians resident in other countries, as Hungary possesses an enormous diaspora outside of Eastern Europe. Large communities reside in countries as disparate as the United States, being home to the largest expat population at 1.4 million, Israel with some 200,000 and the United Kingdom whose community has swelled to well over 100,000 since 2004 when Hungary acceded to the European Union.

Among those who came to make their way in London was Ferenc Toronyi, the manager of the iconic Hungarian restaurant "The Gay Hussar" situated in the heart of London's exclusive Soho district. Named for the iconic mounted warriors of Hungarian history, the restaurant is a veritable museum of cultural paraphernalia as well as numerous gifts left by famous patrons such the musician "Sting," post-war Prime Minister Clement Attlee, former Labour leader Michael Foot and Health Secretary Barbara Castle. The Gay Hussar remains to this day a favored haunt of politicians, celebrities and prominent journalists, as well as a focal point for the Hungarian community in London, as it has been since its opening in 1953.

"We still have a large community of Hungarians living here. It used to be that the Hungarian population was getting bigger but unfortunately what we have seen is that some people are scared about Brexit so they've moved back. We are showing that we are here and offering something interesting about Hungarian culture. We are coming back thank God," Mr. Toronyi stated proudly.

"I began working here ten months ago and I've been living here in London since more than five and a half years ago. I used to live in Dublin, so I wanted to see something different," he explained, also crediting the attraction of London to its higher salaries and the relatively high cost of living back home.

In 2011 the Budapest government passed a law allowing the acquisition of citizenship by ethnic Hungarians in neighboring countries in a move intended to strengthen the communities' shared bonds of history, language and cultural identity. The reform also made it much easier for expatriate citizens in neighboring countries to vote in Hungarian elections, including by post. The constant redrawing of national borders throughout the twentieth century, particularly as a result of the Treaty of Trianon after the First World War, left millions of Hungarians living as citizens of many neighboring states. Romania is home to an estimated 1.2 million Hungarians, the largest ethnic minority in the country while Slovakia hosts nearly half a million, 250,000 in Serbia, 150,000 in Ukraine and significant minorities also in Austria, Croatia and Slovenia.

Citizens living further afield however have long complained about bureaucratic hurdles in applying to get on the electoral role making it much harder for them to actively participate in the political process back home. It has left voter turnout in countries such as the United States, France and Britain much lower than in Eastern European states, where Hungarian citizens have enthusiastically participated in large numbers. The perception that it is more difficult to vote for citizens living far from home, including for those born and raised in Hungary has left a sore spot for some like Ferenc as he explained when asked if he would be voting on April 8.

"I will try, yes, but it's not easy to vote, you have to register, you have to do this and that and it's a problem. It is a shame. If you see Hungarians in Romania or Serbia, countries near to Hungary, they can pay to get Hungarian citizenship and they can vote, so it's really easy. They can send their vote by post but we can't. For Hungarian citizens living somewhere else, let's say the UK or even Germany, we have real difficulties. It's a shame that someone who pays for their citizenship can vote really easily but someone who is born in Hungary but living somewhere else finds it really difficult. Because of this we don't feel we are Hungarian."

Like many expatriates living throughout Western Europe and the Americas, Ferenc and his compatriots disagree with many of the current government's policies, but with just days to go before the polls open, has yet to make up his mind about any of the political parties in the running.

"I can talk about how we feel because sometimes we chat and unfortunately we all think the same, we all think we have to change the government. We can't see the future and don't think we will go back."

The views expressed in this article are those of the interviewee and do not necessarily reflect to position of Sputnik.