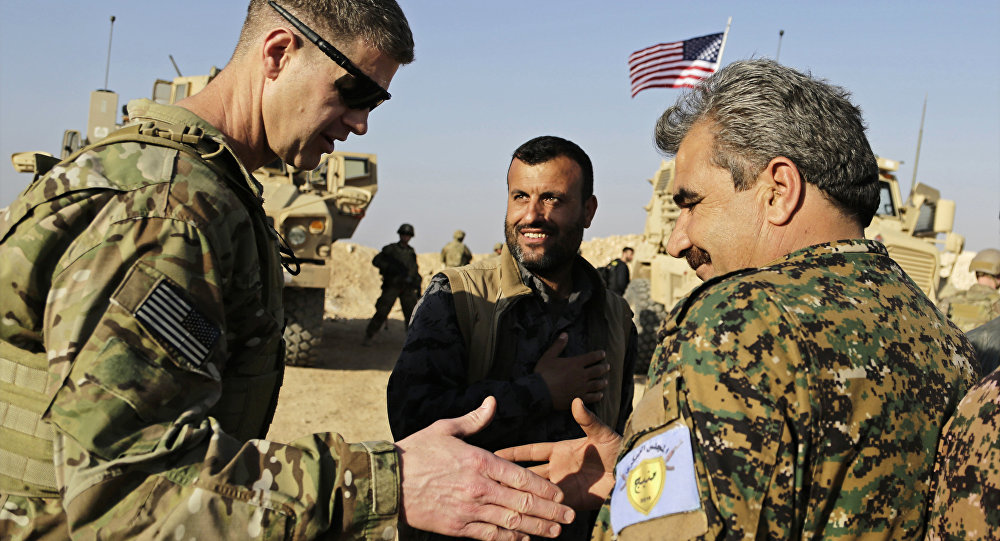 Commenting on reports about increasing US military activity in southeastern Syria's Al-Tanf and Deir ez-Zor, Turkish political analyst Musa Ozugurlu has told Sputnik that he does not rule out the possibility of fighting between Kurds and Syrian government forces in the area.

Turkish political commentator Musa Ozugurlu has pointed out that the ties between the Kurdish People's Protection Units (YPG) and the Syrian Army remain tense because the Kurds' collaboration with the US has significantly undermined Damascus' trust.

He recalled that "taking into account the military and political conditions put forward by the Kurds, Syrian authorities and Russia had more than once tried to convince them to act together with Damascus."

"However, a substantial chill in ties between the Kurds and Damascus has occurred after the US clearly indicated its presence in the region and began to take steps aimed at cooperating with Kurdish forces," Ozugurly noted.

At the same time, he said that despite existing differences, "practical cooperation between Syrian authorities and the Kurds may continue within the framework of relations between the state and its citizens."

Ozugurlu underscored that the main knot of contradictions is concentrated in the territories to the east of the Euphrates, where the interests of regional players are intertwined.

Pointing to the US military presence in the region and information about increasing US activity on the eastern bank of the Euphrates, Ozugurlu has not excluded potential hostilities between the Kurds and government forces due to the "uncertain situation" in the area.

He said that it is still unclear whether the US will continue to build up its reported military presence near Deir ez-Zor and al-Tanf, next to the Iraqi and Jordanian borders, respectively.

"Russia, which remains an important player providing a balance of power in the region, has thus far issued warnings toward the US.  If Russia gets down to actions depending on the position of  Kurdish forces east of the Euphrates and local Arab tribes, armed clashes between the Kurds and government forces may take place," Ozugurlu concluded.

© AFP 2019 / DELIL SOULEIMAN
US Continues to Supply Kurds With Arms, Provoking Turkey - Russian Foreign Ministry
Earlier this month, local online news portal The Euphrates Post reported that a new US base is being built in the area east of the city of Mejadin in Syria's oil-rich province of Deir ez-Zor.

The US-led coalition began launching airstrikes against Daesh* positions in Syria in 2014. The campaign was harshly criticized by Damascus, which pointed out that the airstrikes had neither been approved by the UN nor the Syrian government.

This is not the case with the Russia's air campaign in Syria, which was launched at the invitation of Syrian President Bashar Assad and continues to comply with the country's laws.